Camilo Sanvezzo once again led the charge against the Chicago Fire in Sunday’s win, scoring two second half goals. The speedy Brazilian was again named MLS Player of the Week, the fourth time in five weeks the honour has gone to a Whitecap.

Camilo scored in the 66th and 71st minutes to give him 12 goals on the season, most in the league. Rookie Kekuta Manneh also scored for the Whitecaps.

Brad Knighton had another spectacular game in goal, stopping five shots and was mere seconds away from another clean sheet until Patrick Nyarko scored in stoppage time.

Another player not going unnoticed is center back Brad Rusin. The 26 year old from Crown Point, Indiana has been superb, filling in for the injured Andy O’Brien. Rusin made several blocks to negate Chicago scoring opportunities throughout the game. With O’Brien and captain Jay DeMerit nearing full health, Martin Rennie will soon have a tough decision as to who to start on his back line.

The Whitecaps next home game is July 27th against former Whitecap Sebastian Le Toux and the Philadelphia Union. With the Whitecaps the last unbeaten team at home in the MLS, you can be sure it will be another exciting game. 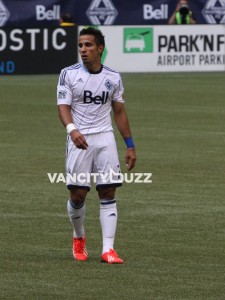 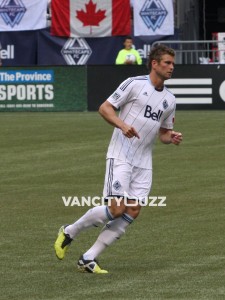