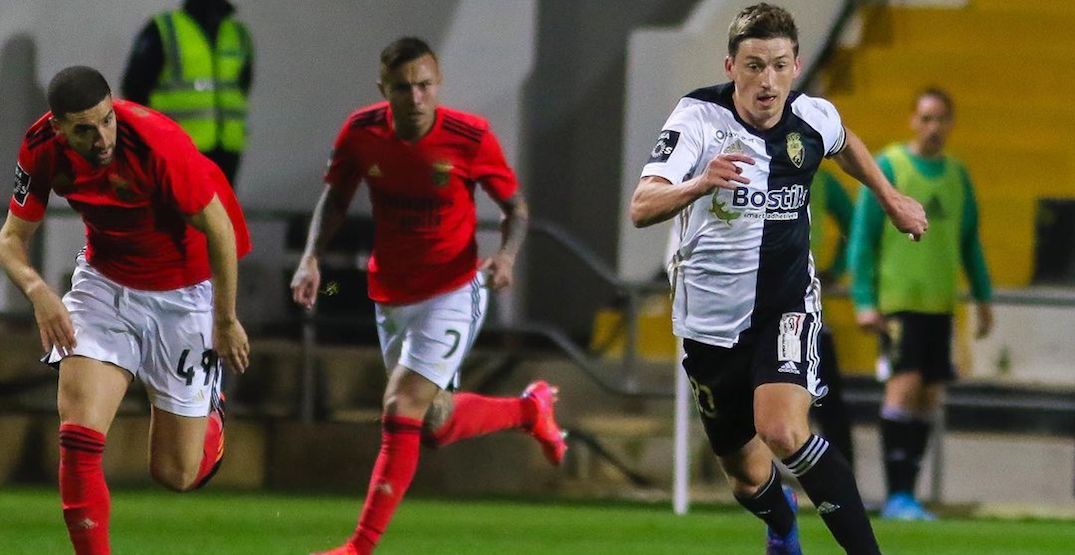 The Vancouver Whitecaps’ seemingly never-ending search for a No. 10 attacking midfielder could be coming to an end with a report linking the club to the “Scottish Messi.”

The ‘Caps are interested in signing Scottish midfielder Ryan Gauld, who is currently playing with SC Farense in Portugal, according to a report from AFTN Vancouver reporter Michael McColl.

Got a Whitecaps transfer rumour for you! The 'Caps have apparently put in a bid to sign Scottish number 10 Ryan Gauld. Is currently with Portuguese side Farense. 3 year deal on the table paying him $3 million a year. Is said to be close but some other clubs also interested. #VWFC

The 25-year-old Gauld would be exactly the kind of offensive playmaking threat the Whitecaps have been looking for — a creative attacker that can score goals while also distributing and setting up his teammates.

Gauld joined SC Farense on a two-year contract in 2019, and scored nine goals and added seven assists in 33 matches last season. The Aberdeen native earned praise as one of the top playmakers in Liga NOS.

Despite his terrific form in Portugal, it wasn’t enough for Gauld to earn a spot on Steve Clarke’s roster for Scotland at Euro 2020. With Scotland crashing out of the Euro’s earlier today, there were once again questions surrounding Gauld’s exclusion from the squad.

At the start of the #EURO2020 the decision to not have Ryan Gauld (he was in the Liga NOS team of the season) in this Scotland team by Clarke was baffling.

Right now it looks downright stupid and reeks of hubris.

Steve Clarke discusses his decision to leave Ryan Gauld out of his Euro 2020 squad 👇 pic.twitter.com/yIqSylMSrZ

Gauld could be primed for a move out of Portugal with SC Farense being relegated to the second division. Gauld has been linked to leagues all over Europe including the English Championship, Scottish Premiership, and Liga NOS.

The MLS secondary transfer window opens on July 7, but that might not be a factor in the Caps’ pursuit of Gauld. Since SC Farense was relegated, a potential club option may no longer be valid. That would allow Gauld to sign as a free agent and Vancouver would not have to pay a transfer fee.

99 – SC Farense’s Ryan Gauld has been involved in 99 shots in the Primeira Liga this season (49 shots, 50 chances created), the most of any player in the league. Influence. pic.twitter.com/dQhRxl7Dxr

Gauld would be a tremendous addition to the Whitecaps attack and could be that missing link between the midfield and strikers. Striker Lucas Cavallini hasn’t been able to work with a playmaking option underneath him since arriving in Vancouver, and Gauld would be a massive coup for the Caps.

The Whitecaps have scored seven goals in eight matches this season and have yet to score a first-half goal. Vancouver sits second bottom in the MLS Western Conference with a 2-5-1 record.

Vancouver will host the LA Galaxy on Wednesday night in Sandy, Utah, as they look to snap a four-match losing streak.