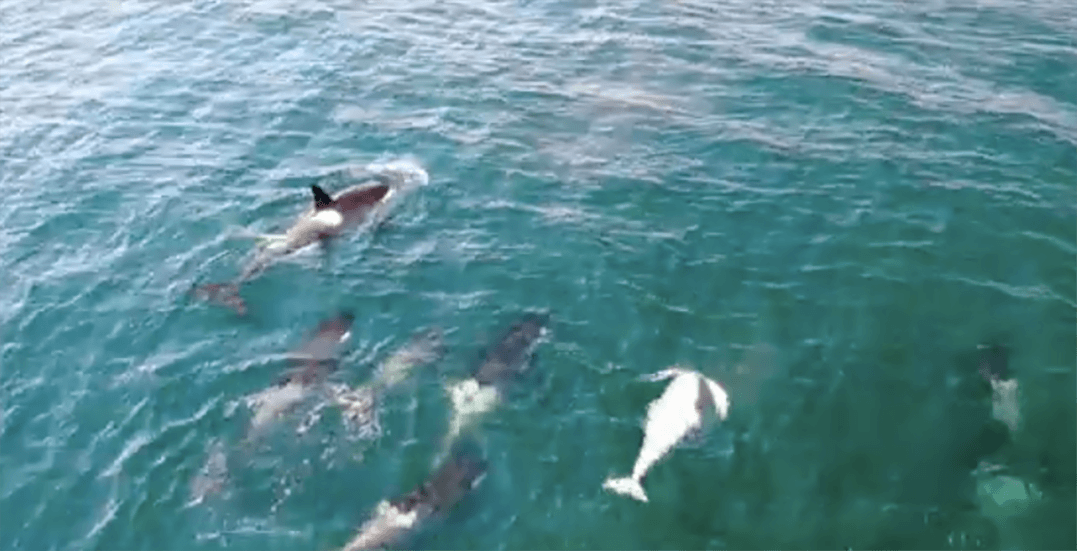 Department of Fisheries and Oceans Canada

Stunning footage of British Columbia’s rare white orca has been captured by the Department of Fisheries and Oceans Canada.

The 42-second clip was captured via drone and shows a closer look at the whale swimming with its pod in BC waters.

According to the Vancouver Island Whale Watch website, it’s been approximately 10 years since the last confirmed sighting of a white whale in local waters.

The cause of the distinct colouration is unknown, although a few possible explanations have been suggested, including a type of Albinism.

–with files from Rumneek Johal