GO Fest, Whistler’s Great Outdoors Festival, returned to the mountain this May long weekend. With a strong lineup of evening concerts and daytime activities, Whistler’s third-annual GO Fest marks a strong municipal desire to attract families back to the resort over the busy summer months. 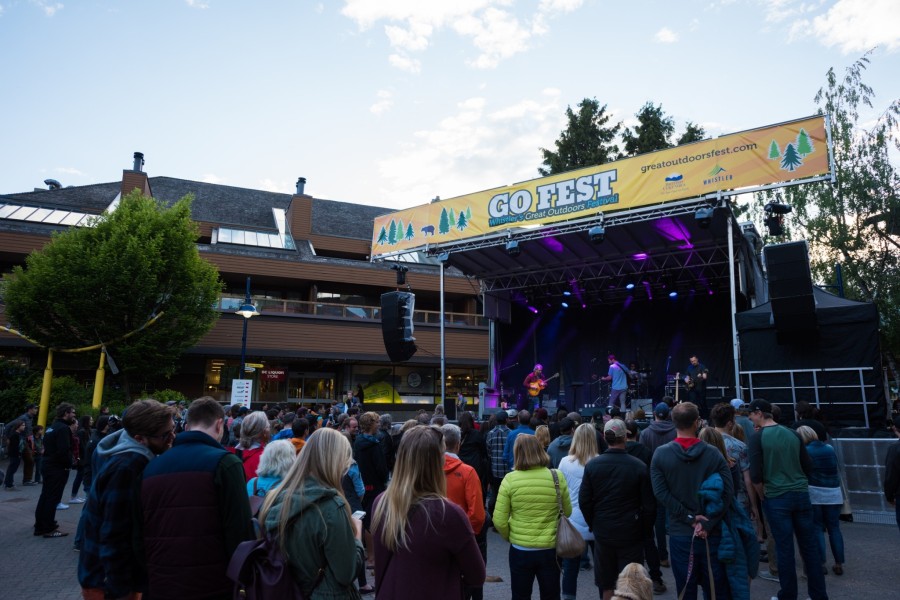 Vancouver-based Dan Mangan drew big crowds on opening night, cheered on by an enthusiastic and friendly crowd. Interestingly, most of the headliners (Mangan, Smithers-based Latin singer Alex Cuba, and Vancouver-based folk rockers The Matinee) performed and left the stage well before sunset, perhaps a programming nod to Whistler’s legendary party-town atmosphere after dark. A beefed-up police presence also helped smooth things over, with pairs of officers roving through the crowds and ensuring that the family-friendly festival remained as such, at least until all of the scheduled events were over.

During the early mornings, while Whistler’s clubbing set were still abed nursing hangovers, a variety of free-to-affordable outdoor activities helped GO Fest live up to its name: morning yoga, stand up paddle boarding, and fly fishing clinics. Each event was well-attended, if not sold out, a testimony to Whistler’s outdoorsy appetites, regardless of the season. The family-friendly vibe continued throughout the day, with nature scavenger hunts, ping pong, and craft demos. At the afternoon Environmental Expo, lego tables and live birds of prey easily drew the largest crowds. 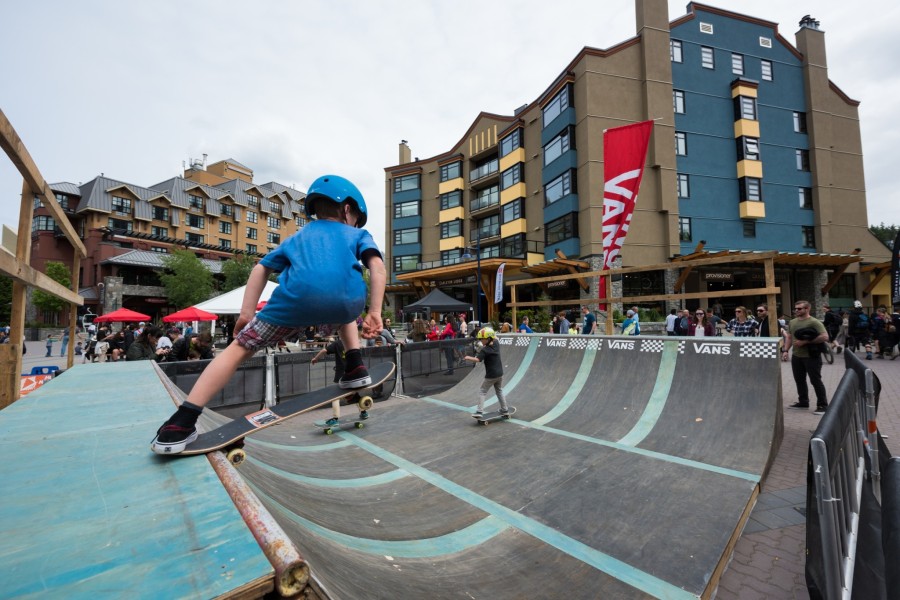 Food was plentiful, between happy hours on sunny patios and the month-long Indulge in Whistler, which included well-priced set menus by participating restaurants. My favourite dependable find was the Korean-masquerading-as-Japanese takeaway inside the Visitor Centre, where spicy pork with rice beat out all of the perfectly serviceable sushi rolls. The tiny and bustling stall, called Sushi To Go, is open late and has a few stray tables inside, right next to the tourism pamphlets.

Sunday morning saw the popular Whistler Farmers Market take over the Upper Village. The scant variety of fresh produce made this, in reality, closer to an artisan market, with a focus on BC-made products and services. The 4-5 baked goods stalls did a brisk trade, and live musicians gave crowds a reason to linger.

GO Fest is a welcome focus for locals and their families, and boasts a variety of activities for everyone. As resort towns like Whistler becoming increasingly expensive to live and work, its perhaps community events like this that will encourage locals to stick it out for the long term.