Over the weekend, I was invited to a private screening of a new short film called Whispers of Life. The film follows Tom (Travis Nelson), a gay teenager, who is jolted out of his quaint and meditative park retreat by harsh and painful words from his classmate: “Faggot! Hey, Faggot!”

A few benches over sits Charles (Patrick Gilmore), a man in his late forties who witnesses the event and strikes up a conversation with Tom after the bullies leave. The conversation between Charles and Tom quickly turns serious when Tom asks if Charles has ever thought about suicide. 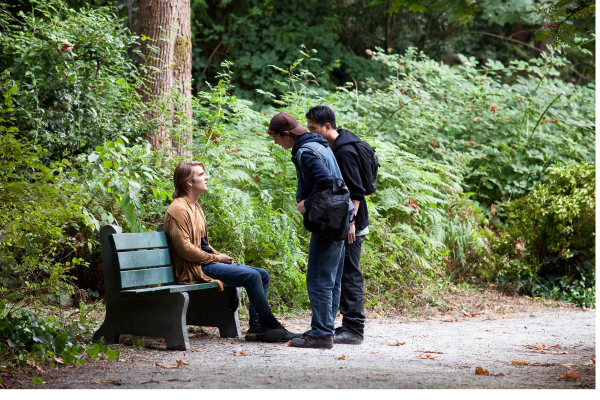 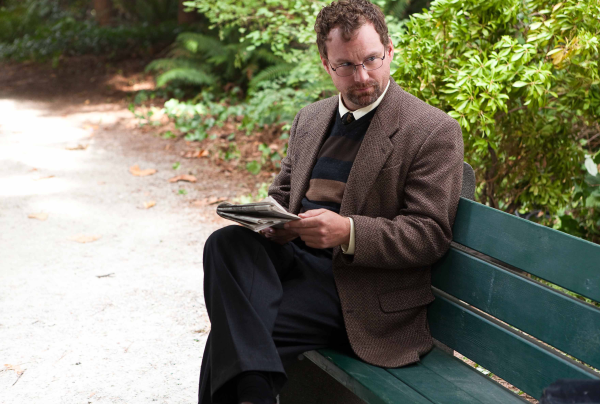 The core idea behind the film was inspired by the onslaught of publicized gay, teen suicides that have been hitting the media over the years.

“The short film works as an artistic intervention to challenge the societal taboo of suicide, the pervasive and damaging effects of anti-gay bullying and the fact that these issues are not discussed openly,” said director Florian Halbedl.

Whispers of Life is a magical story about the interdependence of imagination and survival. The short was filmed in Vancouver and consisted of ninety-eight Vancouver production and post-production industry members along with the talented Kimberley French (photographer on Brokeback Mountain, The Grey, Elysium and The Seventh Son), composer Craig Richey (2006 Sundance Institute composer), Kevin Struckman (Visual Effects, “Once Upon a Time)” and Mark Meloche.

Whispers of Life may have been short and sweet, but the message is deep, powerful, and will not be forgotten. Suicide is the number two killer amongst teenagers, and before someone decides to take their own life, it’s best to think about the people who love you and who you care about the most. Life is hard, but it won’t always be. There are many support groups and people you can turn to for help; I would suggest anyone who is considering Suicide to speak to someone immediately.

For more information on Whispers of Life, please visit their website at www.whispersoflife.com, and help support the film and their message.