The rescue of an injured otter is never an easy undertaking. For the team from Vancouver Aquarium’s Marine Mammal Rescue Centre, it has been an around-the-clock effort, since the uncharacteristically approachable otter was first reported on the beach on Whiffen Spit, at the entrance to Sooke Harbour, on Saturday, February 22.

At 5 a.m. the next morning, the team loaded the van at the Rescue Centre in Vancouver’s harbour, caught a 7 a.m. ferry from Tsawwassen to Victoria, then drove through falling snow to reach the beach south of Sooke.

Lindsaye Akhurst, manager of the Aquarium’s Marine Mammal Rescue Centre, said the adult male sea otter was in critical condition when they reached him. “We found him non-responsive on the beach and exhibiting signs of hypoglycemia. He required immediate medical intervention before we could transport him back to the Rescue Centre. We weren’t optimistic that he would survive the trip.” 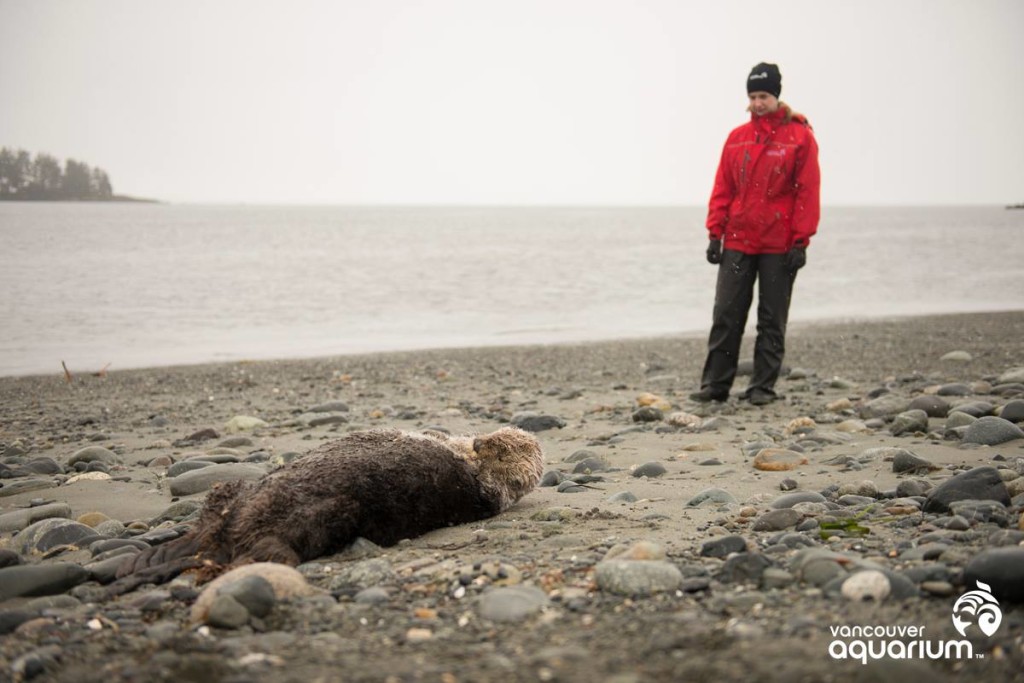 Together with a team from the BCSPCA Wild Animal Rehabilitation Centre, the Aquarium’s Rescue Centre team rescued the critically injured animal from the beach on Sunday afternoon. The otter was extremely emaciated with undetermined injuries to his hind flippers. Early tests confirmed that he was hypoglycemic, a sign that he has not been meeting his daily caloric requirement for some time.

Upon arrival back to the mainland at 6 p.m., the animal was admitted to the Rescue Centre where staff continues to stabilize him under the guidance of Vancouver Aquarium veterinarian Dr. Martin Haulena and veterinary intern Dr. Kelly Britt. 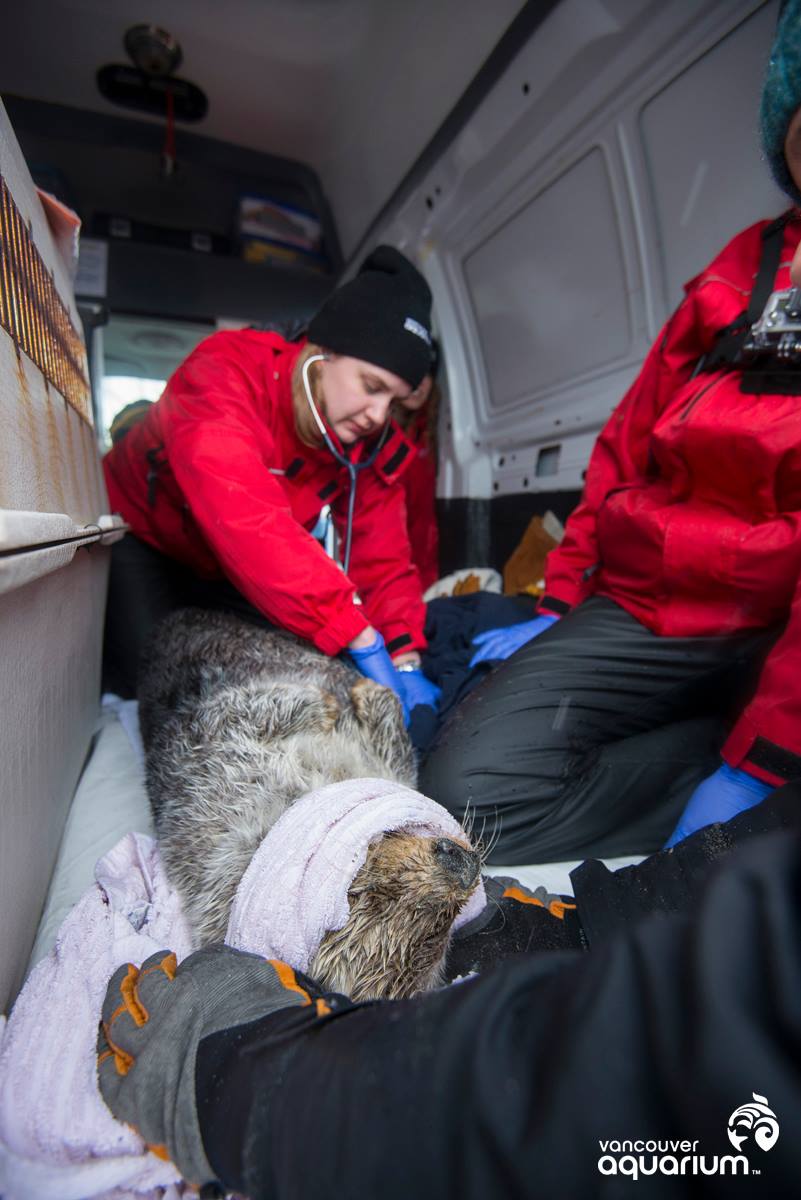 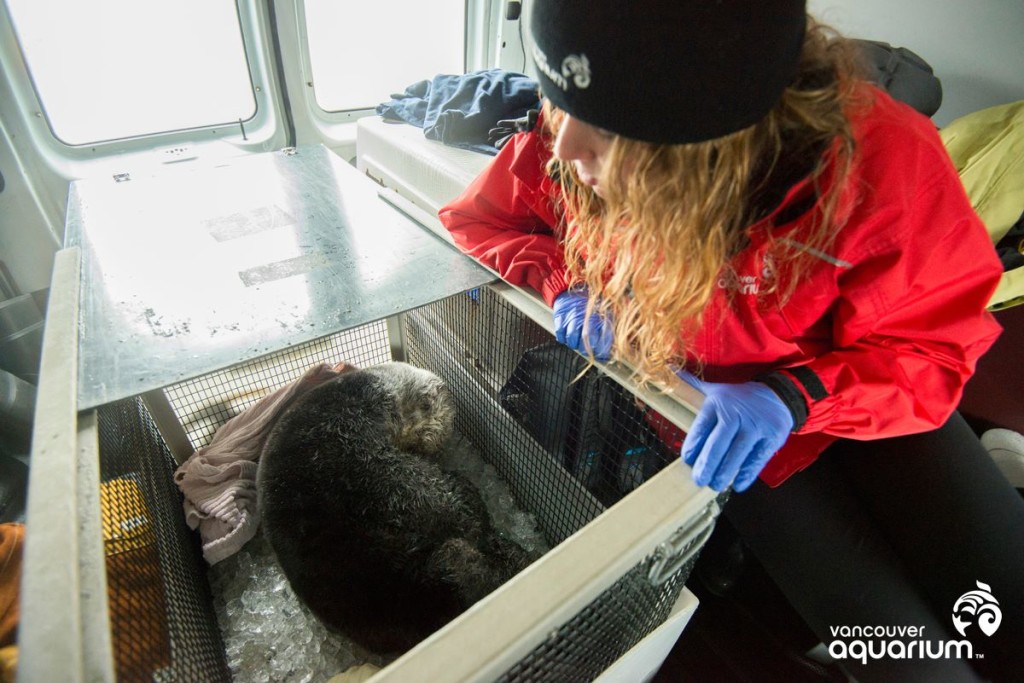 “He is on 24-hour intensive care and is being hand-fed every two hours,” says Akhurst. “He is weak and, possibly suffering from fractures in his hind flippers, is not able to groom himself, which can be fatal for sea otters that rely on their coats for warmth.”

The immediate focus is to help stabilize the otter, at which point the Rescue Centre team will perform further diagnostics, including x-rays, to determine the extent of his injuries and the next course of treatment and rehabilitation. 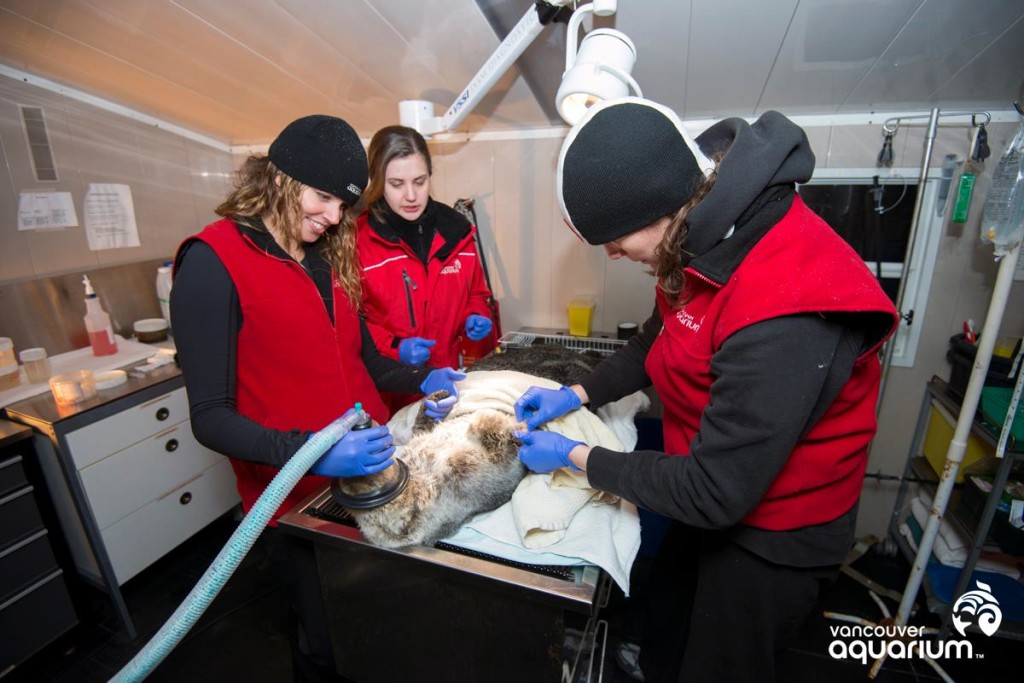 Twelve hours after they rescued him, the otter — now named Whiffen, after the spit of land he was rescued from — finally began to show signs of improvement.

“It is still too early to tell if he will survive but we are doing everything we can to ensure he has the best chance for a successful rehabilitation and eventual release back into local waters,” adds Akhurst.

Vancouver Aquarium is a self-supporting, non-profit society and does not receive ongoing funds to provide around-the-clock care for its rescued and rehabilitated animals. To make a contribution to help this sea otter and others like it, please visit the Marine Mammal Rescue Centre’s donation page. 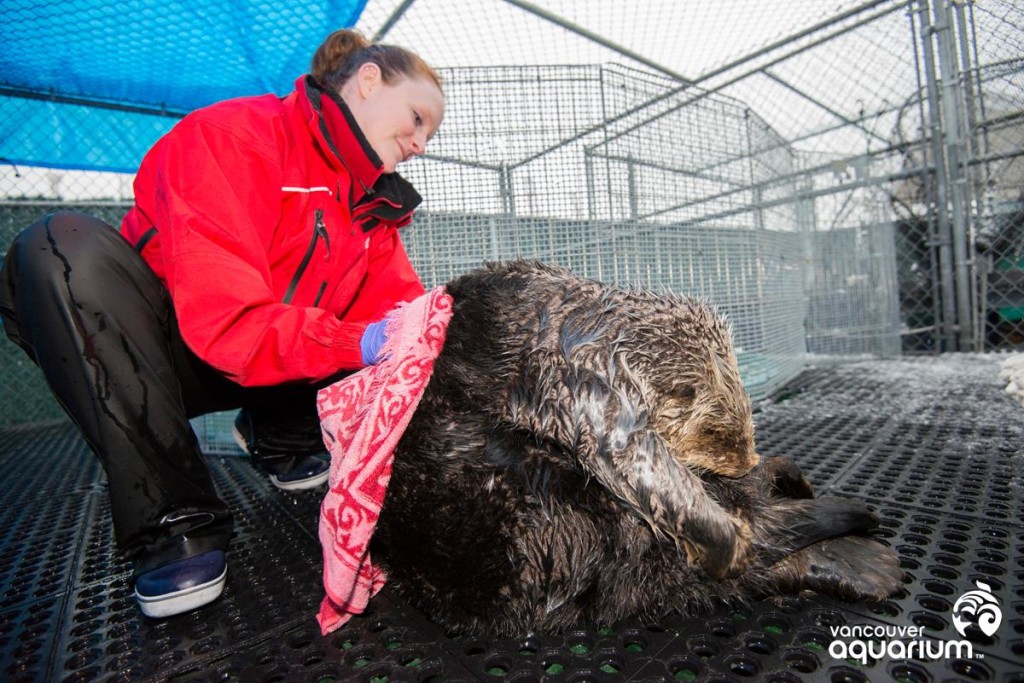 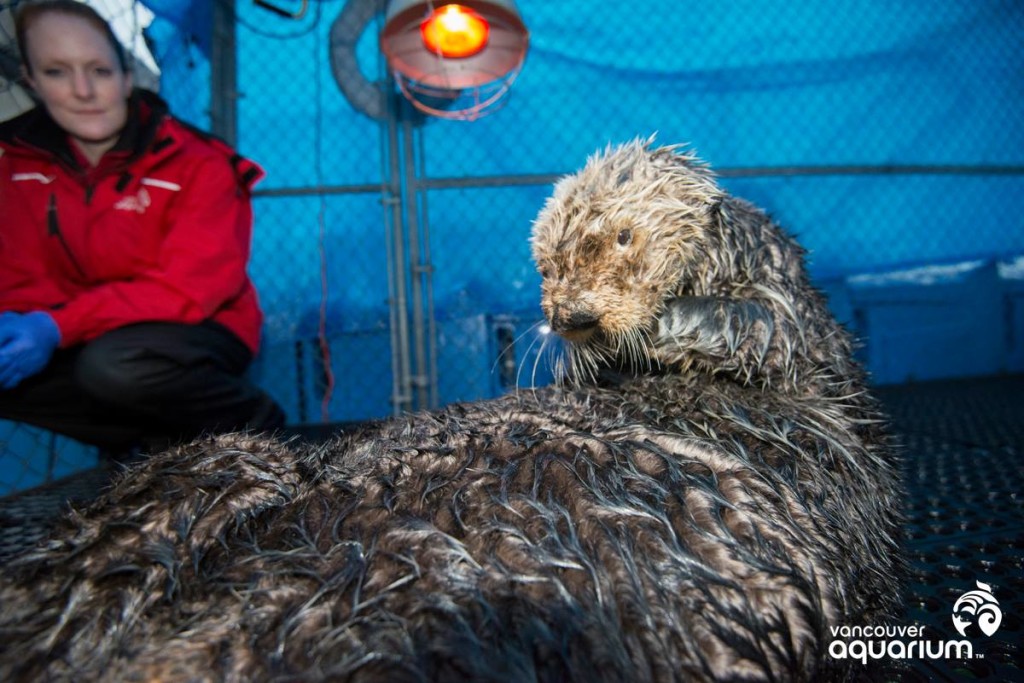