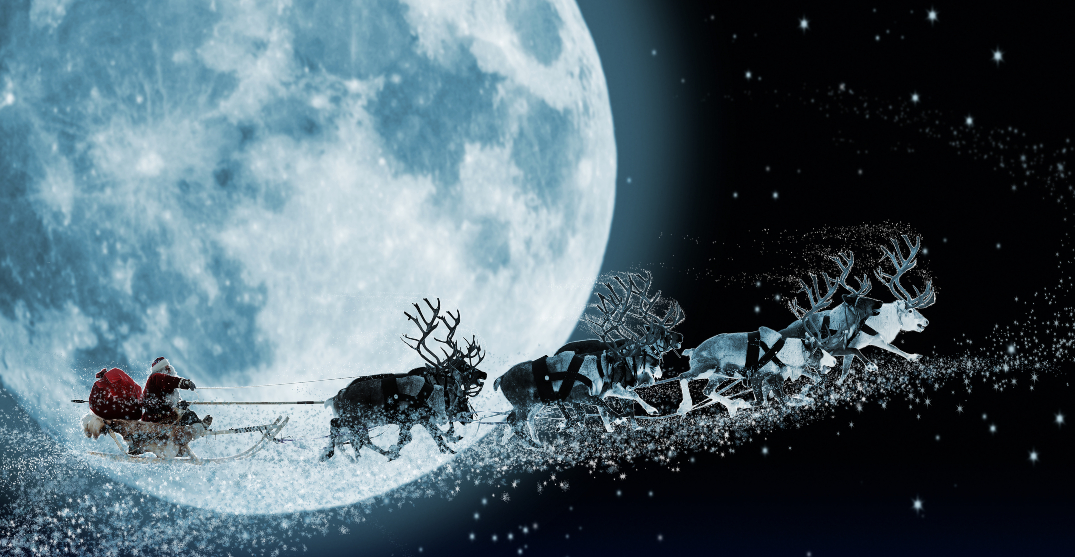 The North American Aerospace Defence Command (NORAD) is tracking Santa’s flight and whereabouts as he makes his annual journey around the world, delivering gifts to the world’s children.

For more than 50 years, NORAD and its predecessor, the Continental Air Defense Command (CONAD), have tracked Santa’s flight, and the big guy in red has already had a very productive Christmas Eve.

In 1958, the governments of Canada and the United States created a bi-national air defence command for North America called NORAD, which then took on the tradition of tracking Santa.

As of 11:45 am EST, jolly old Saint Nick was making his way through Gangtok, India, so he still has quite some time before he makes it to Canada.

Dr. Theresa Tam says Santa has been “cleared for takeoff,” citing that Santa, Mrs. Claus, and the elves have all received their booster shots, that the sleigh is well ventilated, and that the big man can even be seen wearing his face mask.

You can also keep updated by checking out NORAD’s Twitter, where updates on Santa’s whereabouts are being posted too.