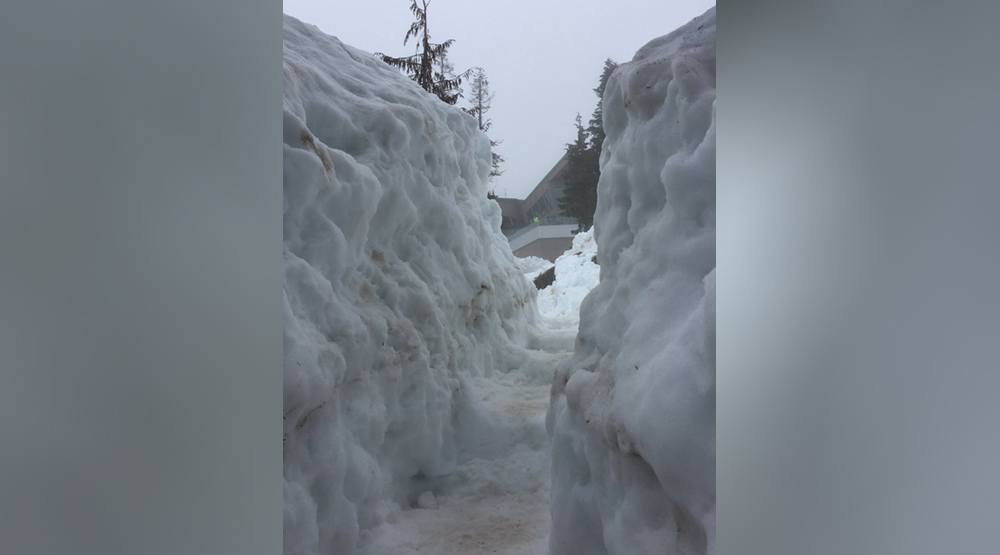 The top of the Grouse Grind trail is still inundated with snow. (Arthur Klein / Twitter)

Bad news for anyone who is thinking of attempting Mother Nature’s stairmaster, the Grouse Grind is still closed due to unsafe weather conditions.

“The Grouse Grind is currently closed for the season due to treacherous weather conditions,” an official statement from the Grouse Mountain website reads. “The trail typically opens in late spring depending on when the route is clear of snow.”

However that hasn’t stopped foolhardy hikers from ignoring advice and attempting the grind, two of whom had to be rescued after getting stranded on the climb last week.

Firefighters conducted a rescue of 2 individuals at the 3/4 mark of the Grouse Grind today. Trail is still closed for the season #northvan pic.twitter.com/cv9p6bwlTS

So when will it open?

According to Metro Vancouver Parks, who are actually responsible for deciding when the Grind will open,”the trail will remain closed until the dangerous weather conditions cease.”

Cease isn’t exactly a comforting word, especially after the mammoth winter we just had, and so the exact ETA of this year’s opening is yet to be determined.

Previous years have seen the trial become available to the public around late spring, and last year the Grind opened to the public as early as May 2.

However given the current conditions up on Grouse Mountain, this year’s opening date is anyone’s guess.

But one thing is for sure, and it’s that the trail will remain closed until it is safe for use. So don’t go being a hero and trying to climb it in the snow alright?!