#WhatsTheLink is a series about all that TransLink, Metro Vancouver’s transportation authority, is responsible for in the region. Learn more at translink.com/wtl and join the conversation on Instagram, Twitter, Facebook, the Buzzer blog and here of course!

If you’ve been reading the #WhatsTheLink series, you’d know that TransLink is much more than public transit. We’re also really into cycling, roads, bridges, shaping communities and goods movement! If you haven’t read the series yet, below is a short run down of what you missed.

To celebrate the end of the series, we’re giving away a 3-Zone FareCard! Read on to find out how you can enter to win!

Did you know that Kingsway is part of TransLink’s Major Roads Network? Yup, it contributes to the 2,300 lane Kilometres of major roads in Metro Vancouver, for which TransLink is responsible. 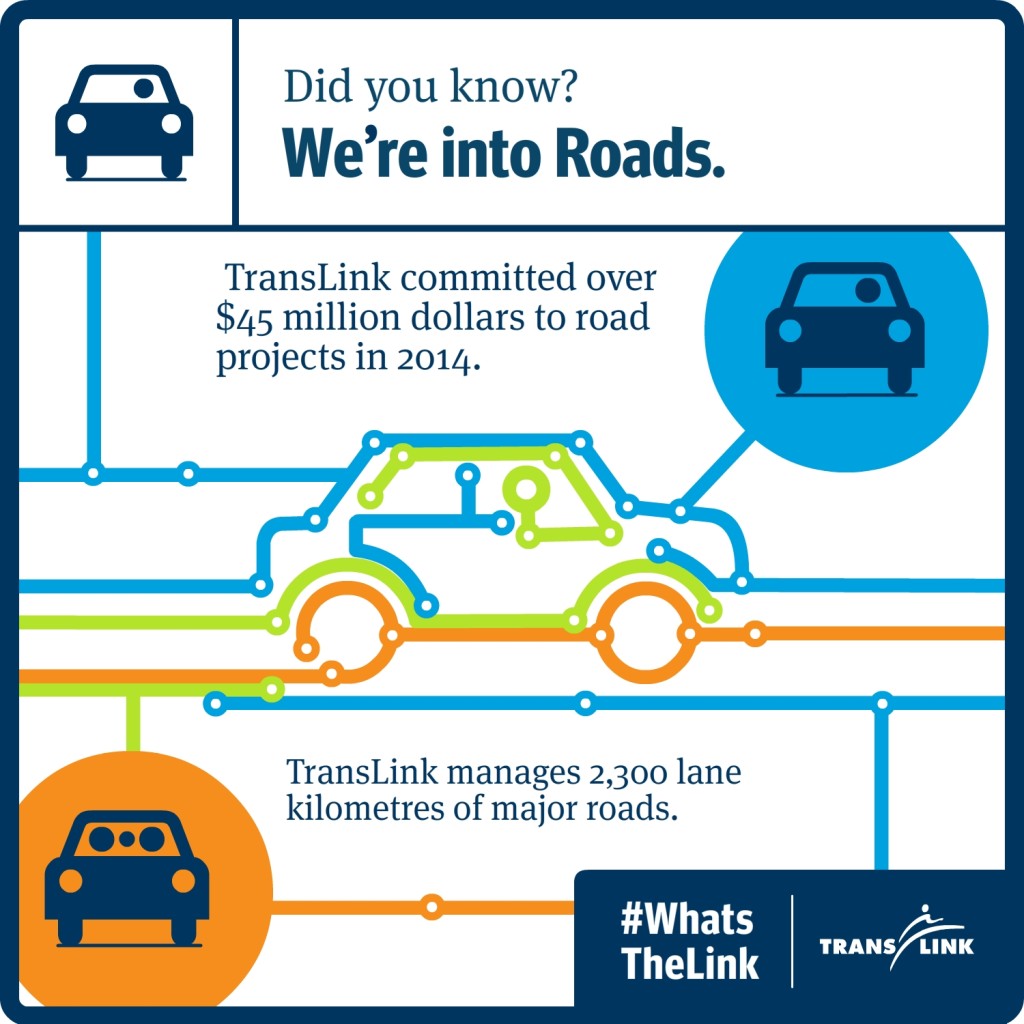 Besides roads, TransLink is also into bridges — five of them in fact! They are the Knight Street, Golden Ears, Pattullo, Westham Island and the Canada Line Pedestrian-Bicycle bridges. Every day, 200,000 crossings happen on those TransLink bridges over the Fraser River! 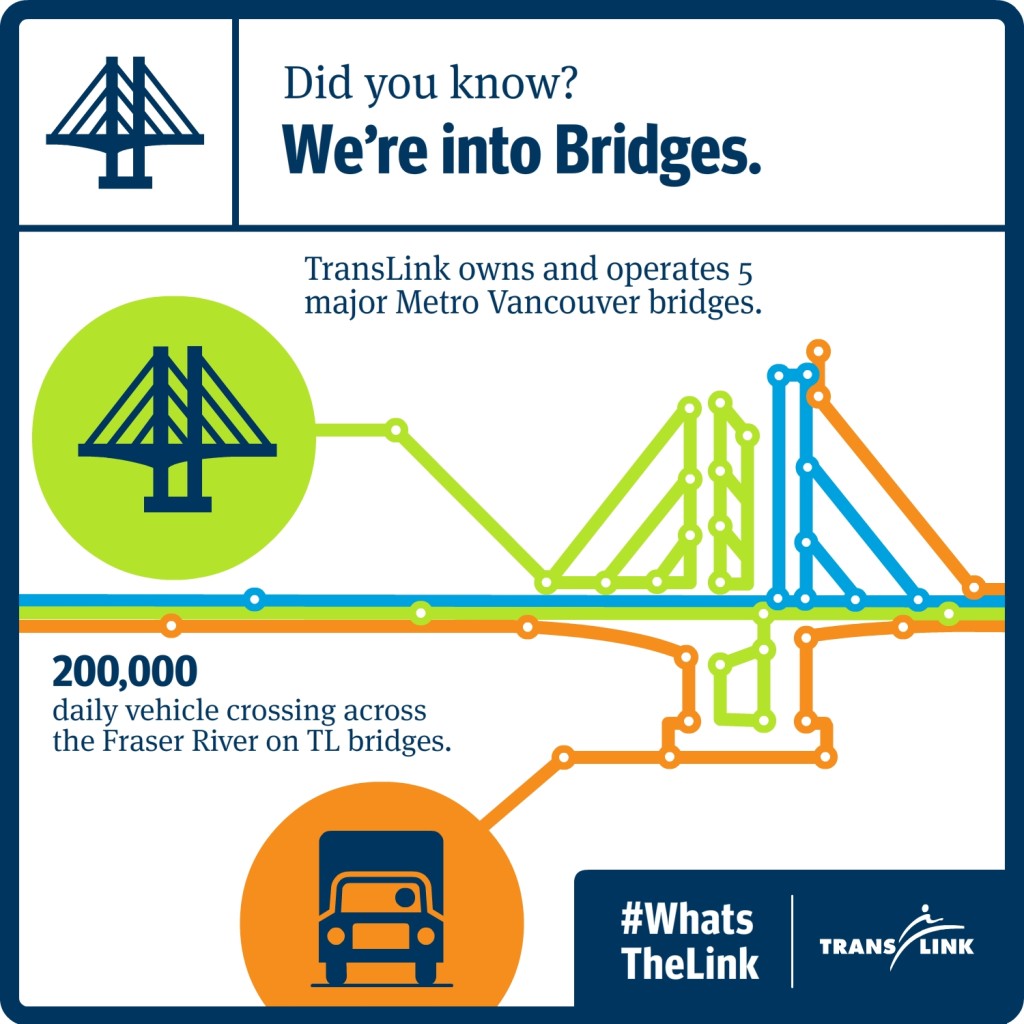 Most people know TransLink for public transportation. What many people don’t know is how well used our public transit is. In terms of numbers of riders, 418,000 people take TransLink transit every day in Metro Vancouver! 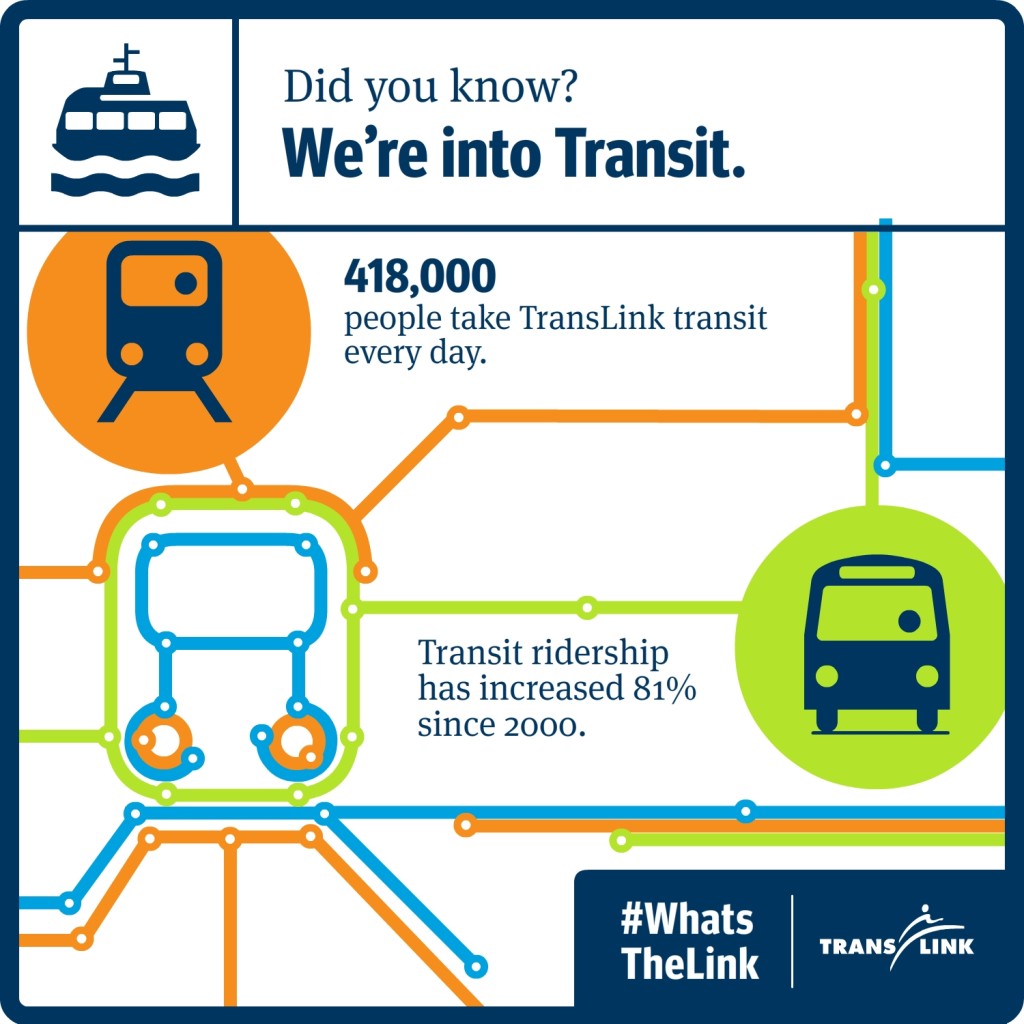 TransLink is also about cycling. Part of TransLink’s multimodal mandate is to help support the people making the 107,000 bike trips each day in Metro Vancouver. That includes making cycling easier and safer by opening the first secure bike room on the system this May! 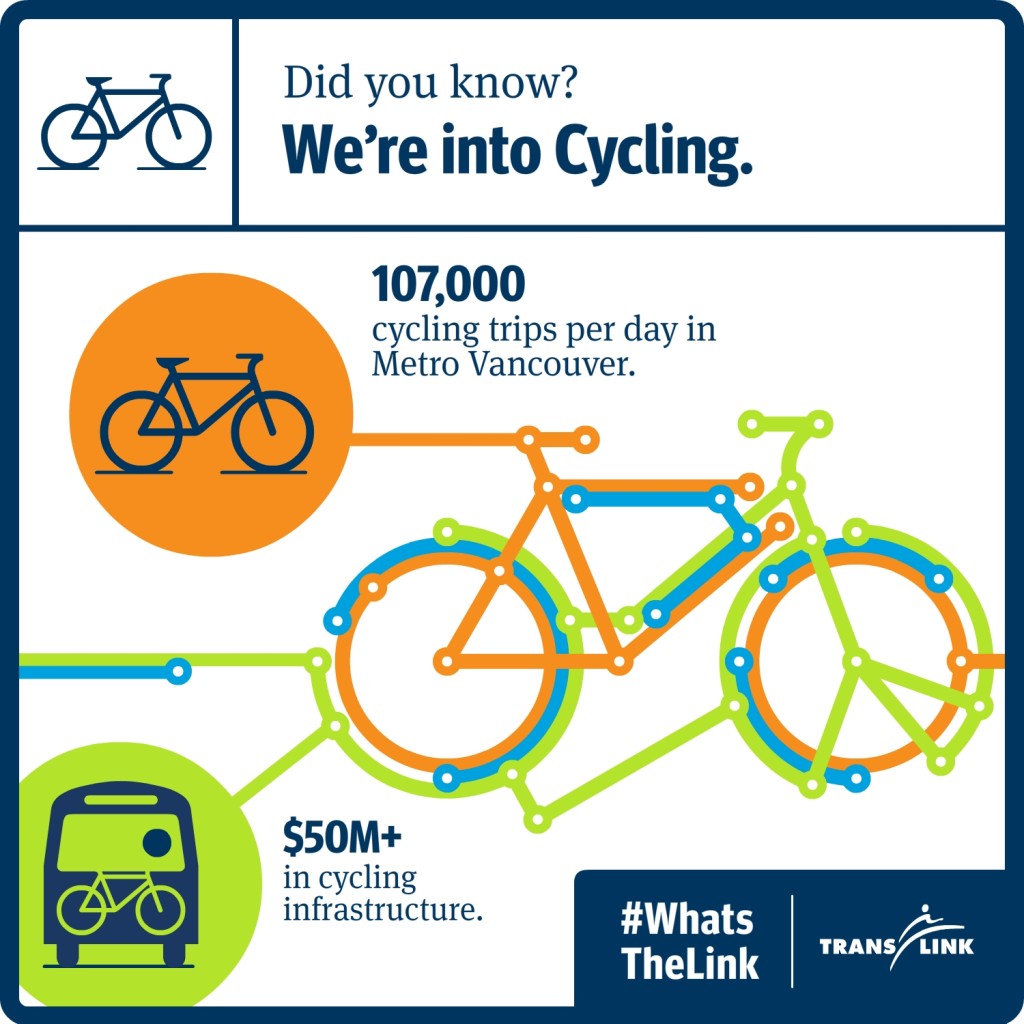 Being a multimodal organization in charge of public transportation, the Major Roads Network, five bridges and cycling infrastructure means TransLink can seamlessly connect all modes of transportation. But in order to do this well, you need a reliable transit system. The public transit modes we provide are bus, SkyTrain, SeaBus and West Coast Express. All modes work hard to get you where you and your goods need to go.

Great transportation is as good as the planning behind it and around it. Transit has been part of shaping where people have lived and worked in Metro Vancouver for over 100 years. TransLink has helped shape sustainable communities by integrating with community planning throughout the region. With future Transit Oriented Developments in the works, TransLink is actively involved in carry on this legacy. 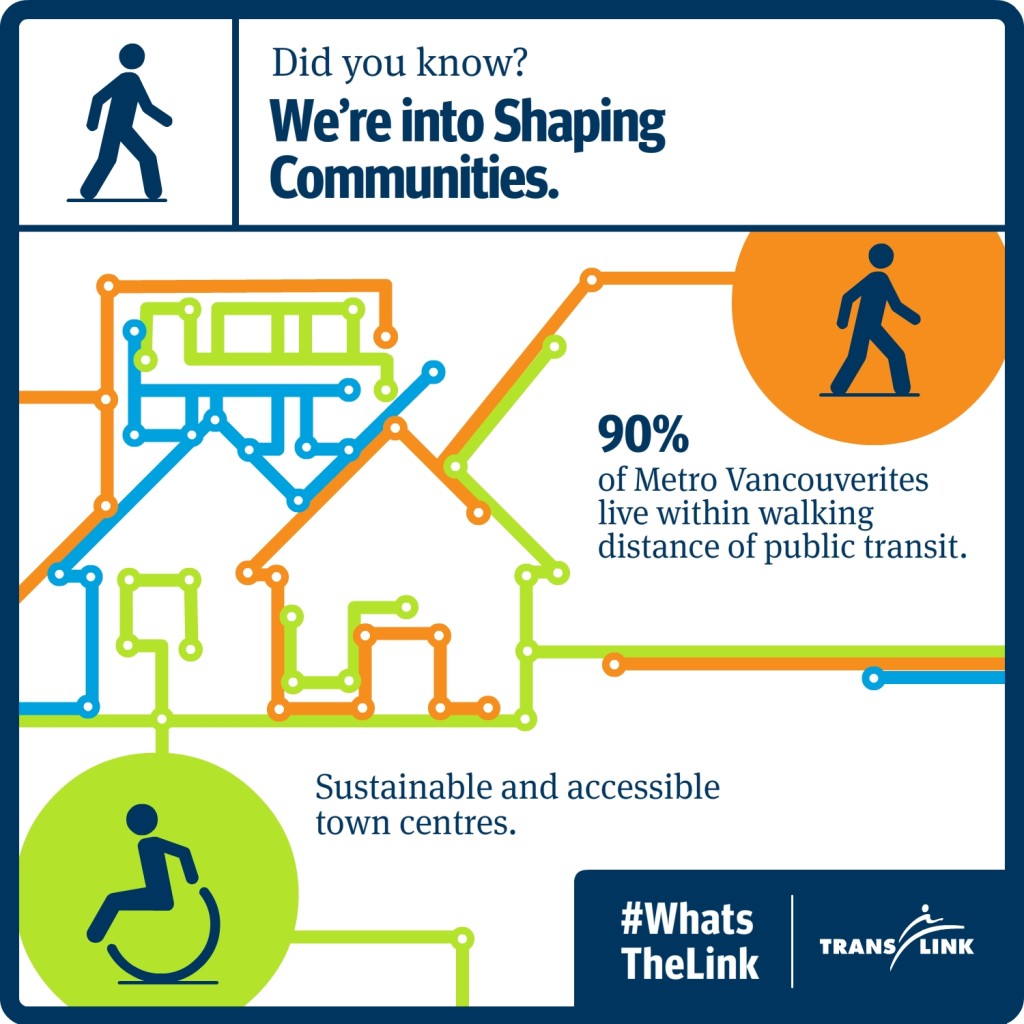 The roads, public transit and infrastructure that TransLink helps to provide are integral to the economy of Metro Vancouver. TransLink manages major roads and helps to ease traffic congestion so that you can get the coffee, medical supplies and almost anything you can buy at a local store, hospital, school and more.

TransLink is the link contest!

2. Leave a comment below telling us which of these modes or TransLink transportation you use in Metro Vancouver: biking, walking, driving or transit. (1 entry)

4. Regram the following photo on Instagram with the hashtag #WhatsTheLink and tag @VancityBuzz & @TransLink. (1 entry) 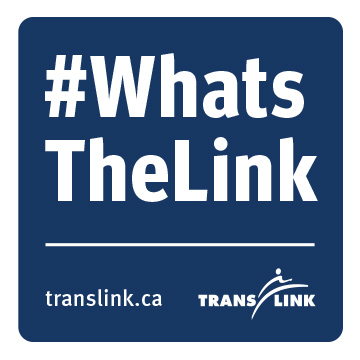 Contest ends Wednesday, July 16 at 11:59pm. The winner will be drawn at random.