#whatsthelink is a series about all that TransLink, Metro Vancouver’s transportation authority, is responsible for in the region. Join the conversation on Instagram, Twitter, Facebook, the Buzzer blog and here of course!

A lot of people use transit in Metro Vancouver every day. How many? Well, 418,000 people take TransLink transit every day!

Of those people, 13,300 rides are made from Production Way–University Station to the SFU Burnaby campus on bus route 145. In all, the 145 takes half of all the daily trips to and from the University. 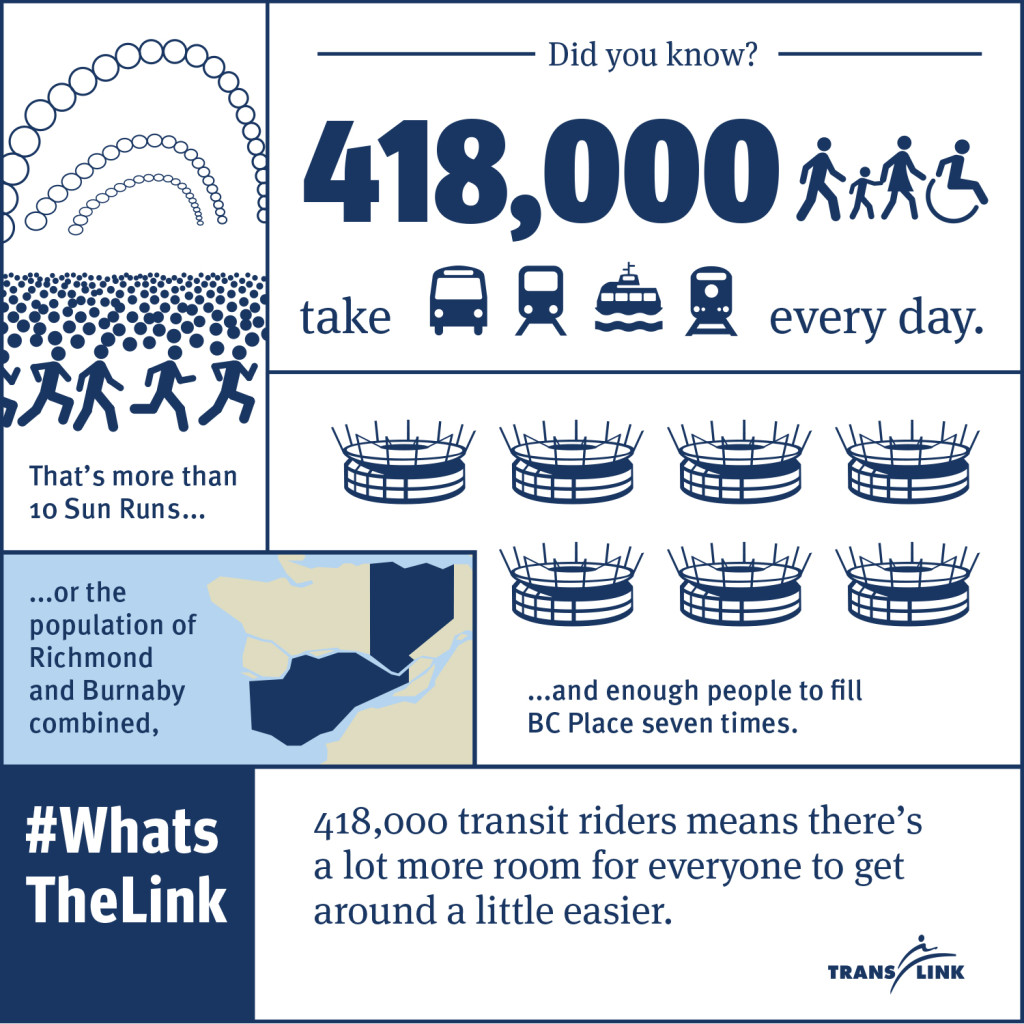 Who are these riders who take the bus up the hill, and how often do they do it? Here’s a quick look at three of them.

Esther is a student at SFU who used our Scott Road Park and Ride facility to jump on the SkyTrain then on the 145. “I’m okay with a long commute because I like to read and listen to podcasts. I don’t have to focus on the road. That’s why I like it,” says Esther.

She says that gas and insurance are pricey and prefers taking the SkyTrain to driving.

“I like the train a lot. It’s always kind of on time and you know long it takes to get there exactly. If you get on at King George, okay, it’s 40 minutes to get Downtown—and that’s predictable.” 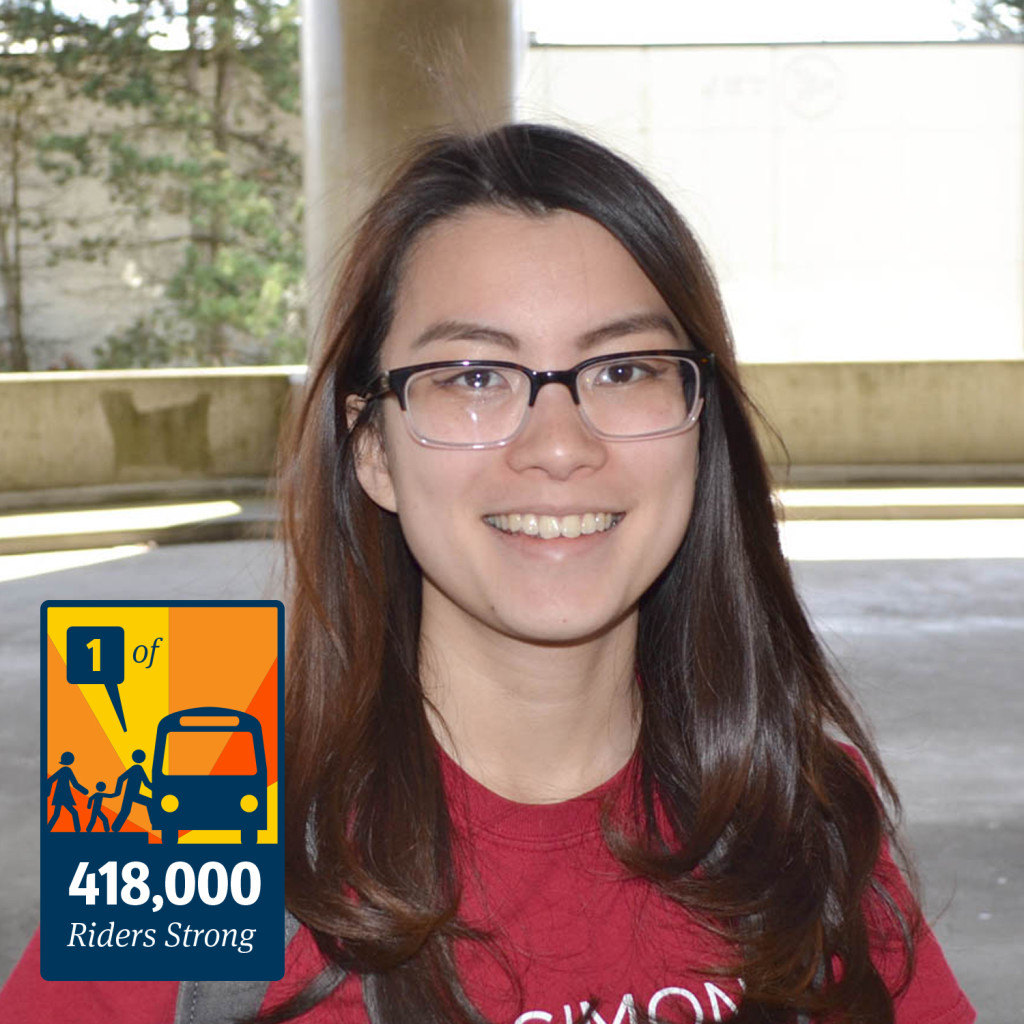 Sergei takes the 145 two stops to his work as a computer programmer at the bottom of Burnaby Mountain.

“I take transit five days a week as well as on the weekends to most places I want to go,” Sergei tells me. Like Esther, Sergei prefers taking the SkyTrain or bus to driving.

When I asked him what he does while on transit, Sergei told me that he mostly reads, checks his phone and sometimes tries to engage in conversation with his fellow riders. 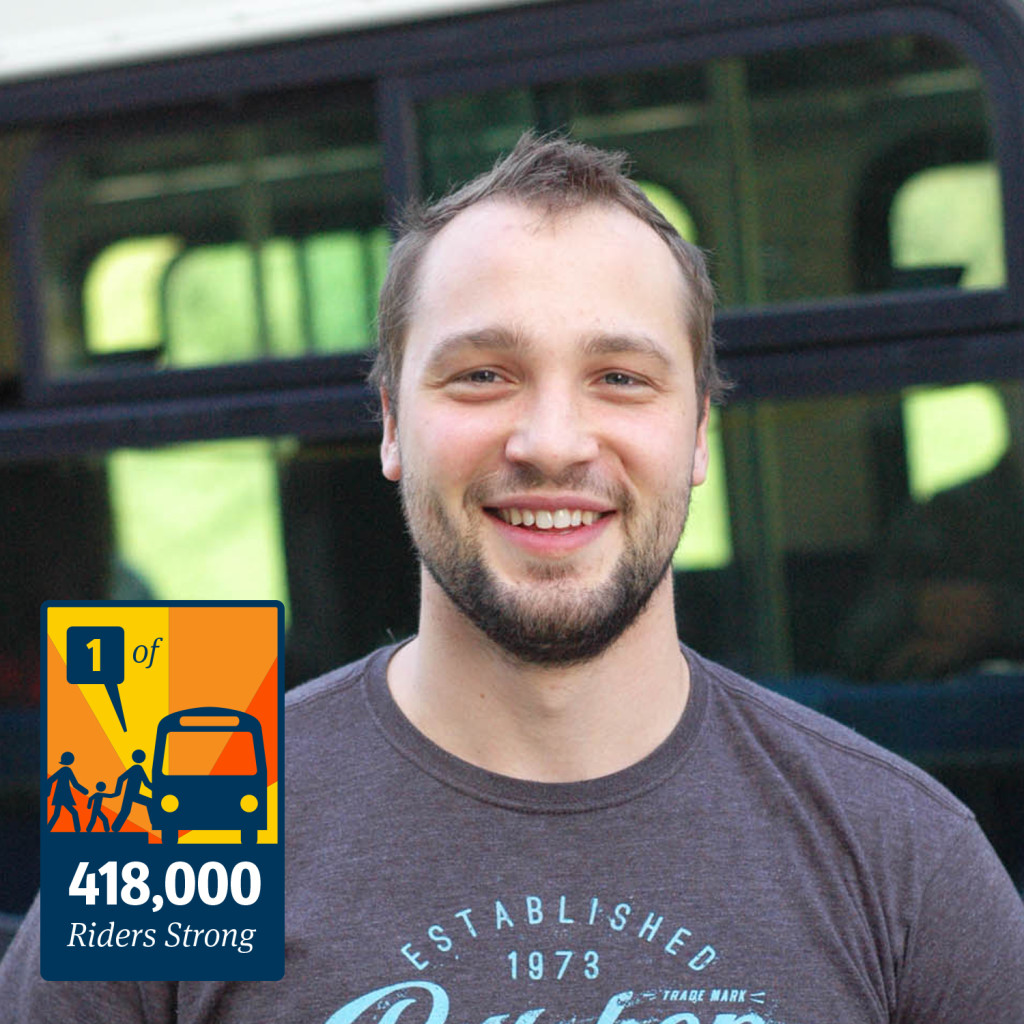 When school is in session, Emily uses transit at least five days a week. During the summer she us it at least three days a week. She also drives, but tries using transit whenever possible. She says her commute is easy, and she enjoys taking transit. 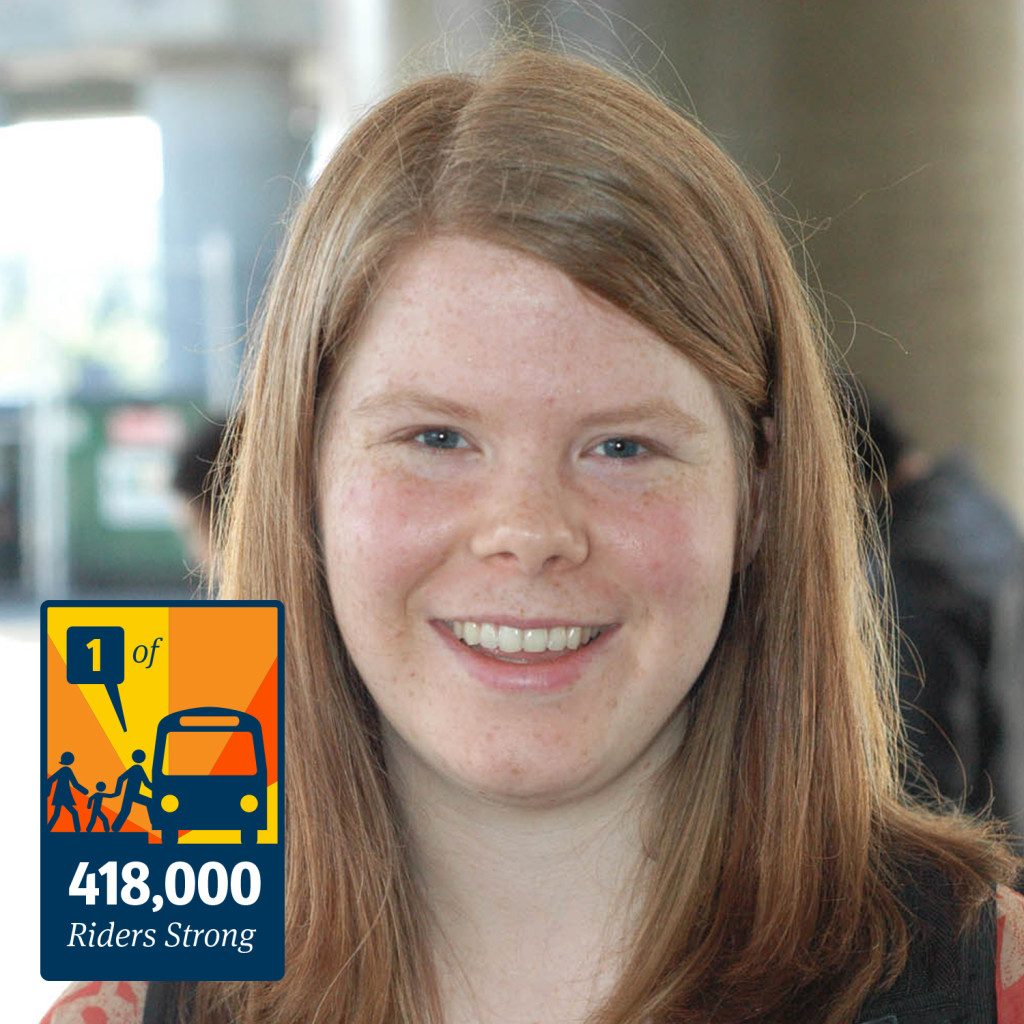 Talking to these three transit system users, it’s clear to see that each of them use the integrated transportation system in Metro Vancouver somewhat differently. Besides public transit options like bus, SkyTrain, SeaBus and West Coast Express, TransLink provides other transportation options via the Major Roads Network and cycling options throughout the region. With many different ways to use the system, there are numerous ways people in the region get to where they need to go.

There are 418,000 stories to be told about how people in Metro Vancouver use transit. Are you one of the 418,000 people using transit today? If so, why do you use transit over other modes of transportation? Are your reasons different from those of the transit users above?

Robert Willis is a Communications Advisor for TransLink. He looks after digital communications including social media for the organization. He’s also the editor of the Buzzer blog and newsletter. This post was written with the help of SFU TransLink Communications intern Allen Tung (no relation to Esther).