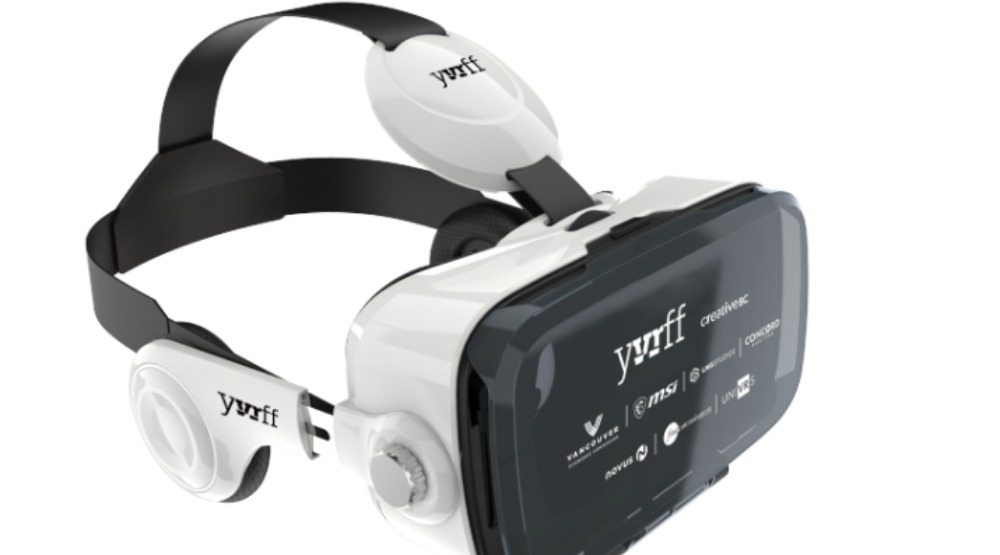 Taking place at the CBC Studio 700, this new breed of festival features over 20 different activations and demo film screenings to take audiences on an immersive journey like no other.

And when you purchase a ticket to YVRFF you’ll also receive a free pass to this year’s CVR Conference and Expo. CVR is Canada’s largest virtual technology event and it’s taking place from May 5 to 7 at the Convention Centre.

YVRFF has received 112 film submissions worldwide from 39 different countries. With over 15 different activations, demos, and new technology on site, guests will arrive to a VR wonderland. The festival aims to bring audiences on a journey with film like never before.

The impressive opening gala will transform into a VR mega airport, offering guidance and assistance to journey into new VR realms, while enjoying cocktails and charming ‘flight’ hosts to help all onboard.

YVRFF is planning an incredibly detailed event, beginning with the opening gala and finishing with the five feature films, in addition to 15 award winning VR activations.

The content has been carefully selected to exhibit the best of VR films available. In celebration of its inaugural year, YVRFF will be giving screening ticket holders their very own custom headsets to take home.

YVRFF’s final program of films is:

A science-fiction short film exploring our relationship with technology and its influence on our reality. Launched originally on the JAUNT VR platform, it is currently being developed into a virtual reality series for international distribution

An observational documentary shot behind the scenes of one of the world’s most unusual model agencies. Shot in Berlin in just one day, this story begins with Del as he casts for ‘ugly’ models over 20 years ago.

A mind-boggling adventure through nature, this short harnesses a real-world backdrop shown through the eyes of an insect. The creative team behind the project hails from Greater China and showcases a breakthrough blend of visual effects, animation, and virtual reality technology to viewers.

A groundbreaking new short film that tells the story of two brothers fighting on opposite sides of the Civil War and unknowingly reunite at Antietam, the bloodiest battle in American military history. Shot on location in Virginia using more than 150 Civil War re-enactors, the story is fictional but based on historical accounts of brothers who fought against each other in the war.

Alocal production from Perspective Films. This short is part of the VR Wonders of the World 360 ̊virtual reality series that enables those who are adventurous to travel the globe experiencing amazing cities, breathtaking landscapes, diverse cultures and even outer space with a unique first person point of view.

YVRFF will be a memorable festival, unlike anything audiences have experienced before. For more information or to buy tickets, please visit www.yvrff.com