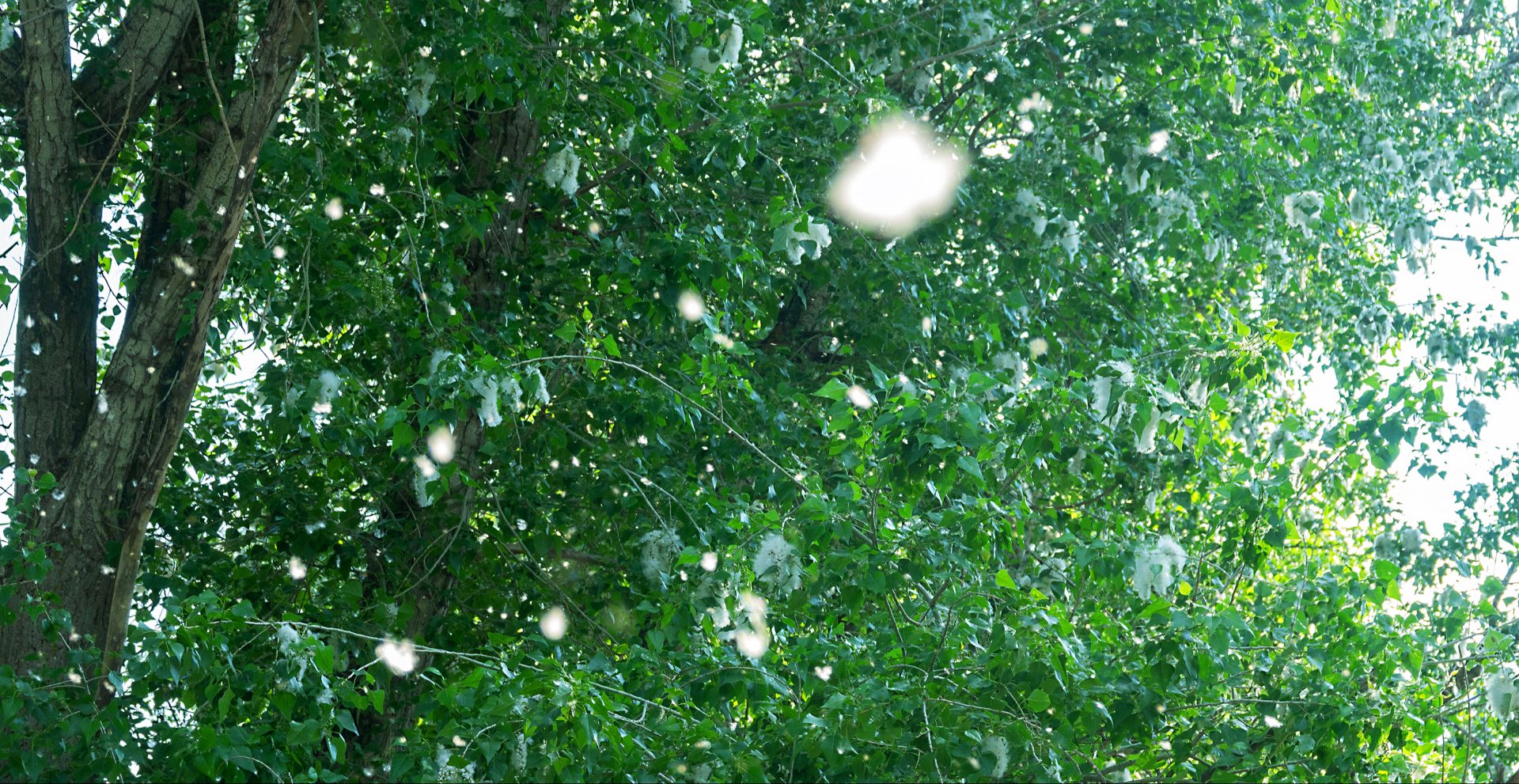 You may have noticed hundreds of fluffy white cotton balls floating around Metro Vancouver lately. And while they seem harmless, they can lead to disastrous results for allergy sufferers.

These fluff balls, actually called Black Cottonwood, are common on wetter sites in the Pacific Northwest — such as along rivers or streams. Most of these native trees flower and fruit in the spring, according to Dr. Elizabeth Elle, a professor in the Department of Biological Science at Simon Fraser University.

She went on to explain that the cottony hairs that are blowing around now surround the seeds inside fruits. When these fruits split open, the fluff gets transported by the wind.

“Basically the fluffy stuff acts the same way as the little parachutes on dandelion seeds do to help spread the offspring of the tree to rather long distances,” said Elle. “It’s the fluffy hairs that some people are allergic to — those little hairs get in our eyes or our noses and cause itchiness and sneezing.”

This is different from pollen during allergy season.

“It is the pollen from the flowers of the Red Alder that blows around the wind often in early spring, around March, before the leaves are out, and irritates our eyes and noses,” said Dr. Ellen.

Alder seeds are rarely noticed by anyone and are released in fall.

As for you trying to escape it, that’s hard to do. But the good news is that the fluff doesn’t blow around too long. Usually, within a week or two, all the little seeds have been sent out into the world and we are free of cottonwood fluff for another year.

Editor’s note: This article was originally published in May 2021