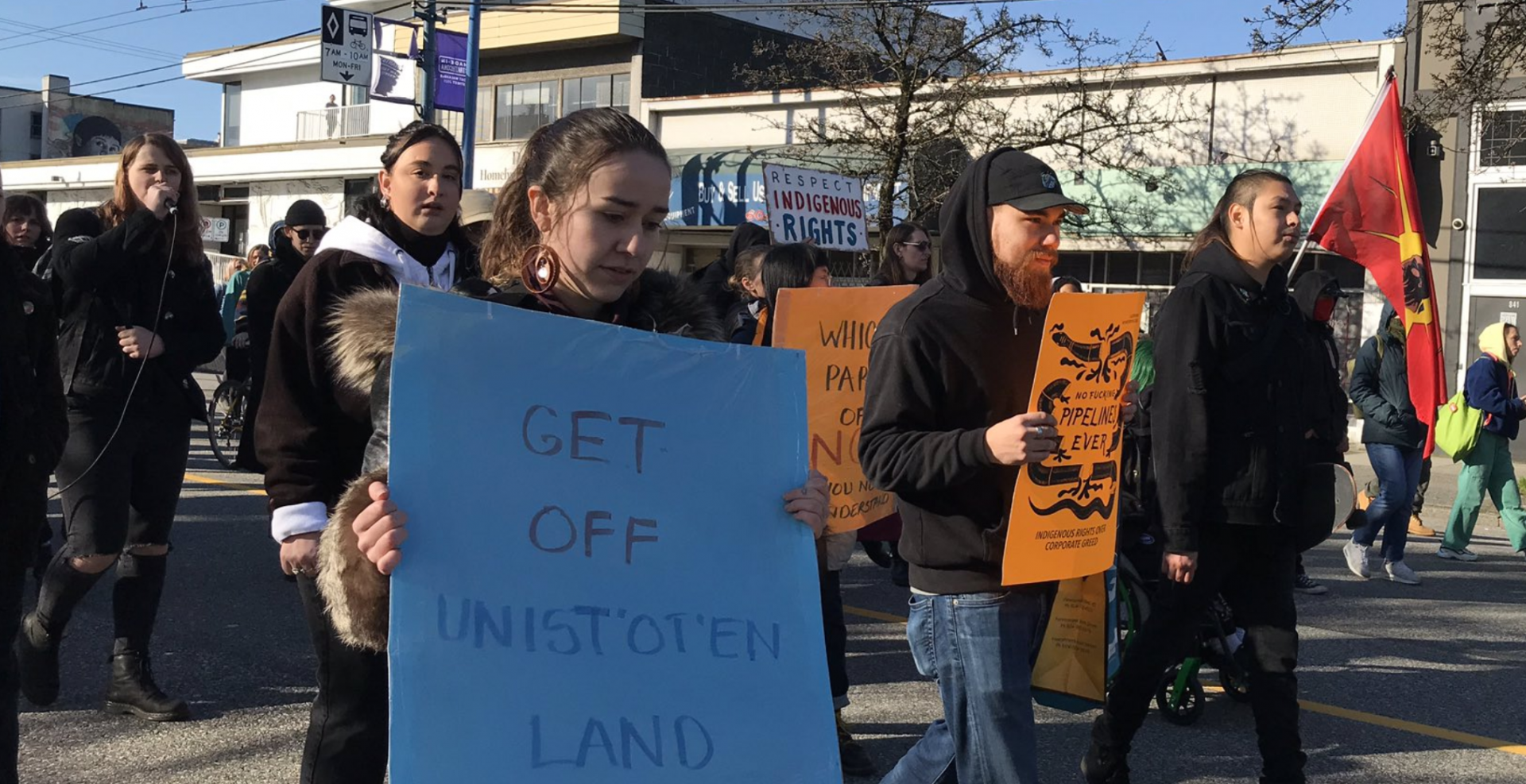 UPDATE: As of 4:41 pm, VPD says Hasting Street is open in both directions.

#VanTraffic: Hastings Street is now open in both directions.

Drivers should expect delays along Hastings Street due to demonstrations currently taking place in solidarity with Wet’suwet’en.

According to VPD, westbound traffic on East Hastings Street and Clark Drive is being impacted by the demonstrations. Drivers should use an alternate route.

#VanTraffic: Westbound traffic on East Hastings Street and Clark Drive is impacted due to protesters. Drivers are advised to consider alternative route. pic.twitter.com/83tfllqL5Z

The march is at East Hastings and Campbell, heading east. #WetsuwetenStrong https://t.co/QJn7mLRUza

Earlier today, protesters who appeared to be affiliated with the group Extinction Rebellion Vancouver Island set up a blockade outside BC Premier John Horgan’s home on Tuesday morning ahead of the BC Budget being unveiled.

The morning protest comes after BC Ferries was granted an injunction banning protesters from blocking access to all of its terminal facilities after receiving information Wet’suwet’en protesters were planning to stage a blockade at Swartz Bay ferry terminal over the busy Family Day long weekend.