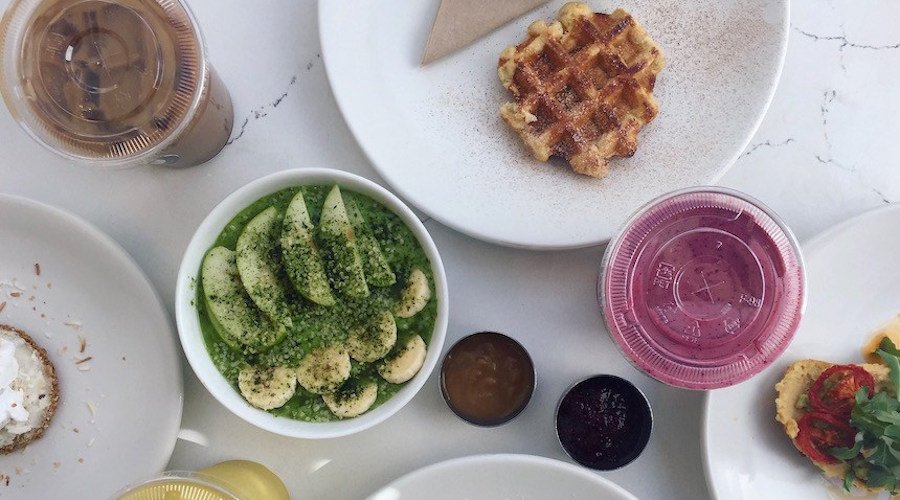 In fact, you won’t find it in the city of Vancouver at all. West Village Café is melding modern chic with health-conscious eats, a community vibe, and homey feel in Surrey.

West Village Café is a family affair that now occupies the space that was formerly a Wired cafe. Having moved to Surrey from Campbell River in 2005, Paul Bhangoo and his wife made their new community their home, but yearned to re-create the more “village” vibe of their previous town. 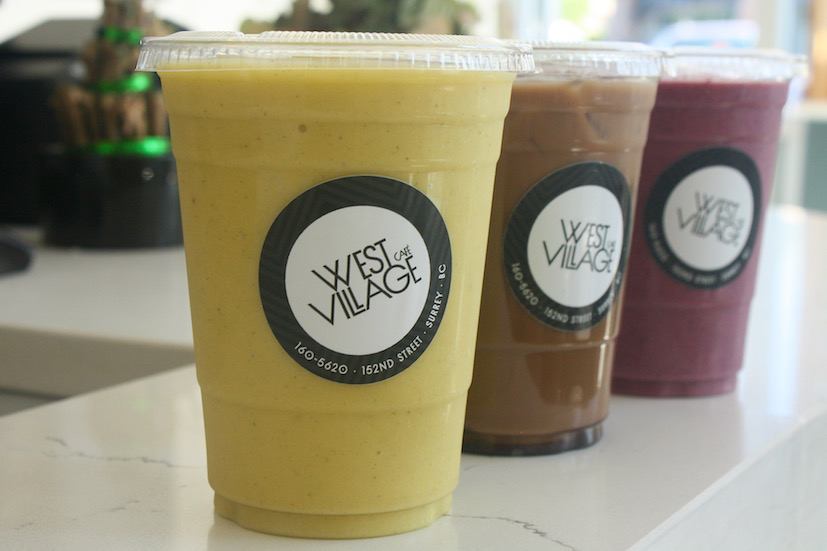 It was literally his own body that forced a change of career path when Bhangoo was sidelined by a debilitating back injury. As he recovered, Bhangoo realized the time to make his dream come true of creating a welcoming gathering place with food and drink was now. West Village Café opened in February 2017, and has been drawing lots of fans.

The café  is attracting a wide range of clientele in ages and backgrounds, too. There are more communal seating areas perfect for having a conversation, but then you can easily set up your laptop and put on your headphones and keep to yourself to get your work done.

“I want a place that people come to as an oasis. A place where people felt welcome.”

When it came to the food, Bhangoo says he knew he wanted to serve “healthy” food–but he had to ask himself what that really meant to him. What it came down to was that the food needed to be nourishing, and to come from local sources, and to be made fresh and in-house.

The menu offers a range of eats from poached eggs and steak on toast to rice or quinoa-based bowls with savoury toppings, weekend Eggs Benny brunch, and Friday night tacos (including a paneer taco that fuses Indian and Mexican). 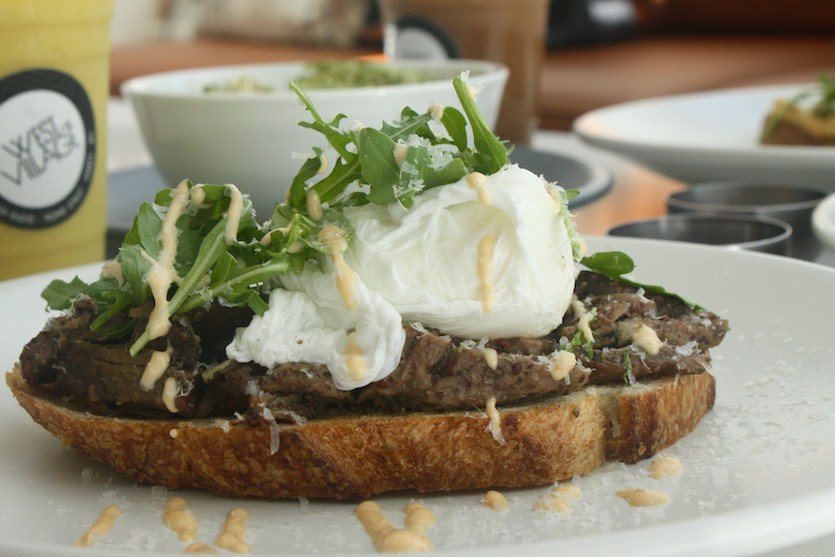 Bhangoo and the West Village team pride themselves on the relationships they’re building with suppliers. The honey they use is from the Honey Bee Centre up the street, and they’ve recently switched dairy suppliers so that they could support one that produces closer to home. Beef is from 63 Acres, and whole chickens come in from Rossdown farms.

Customers can see much of what’s going on right in the open kitchen, and deliberately so. There are no secrets here; you can see the food being made and not much besides dish washing goes on behind the scenes. 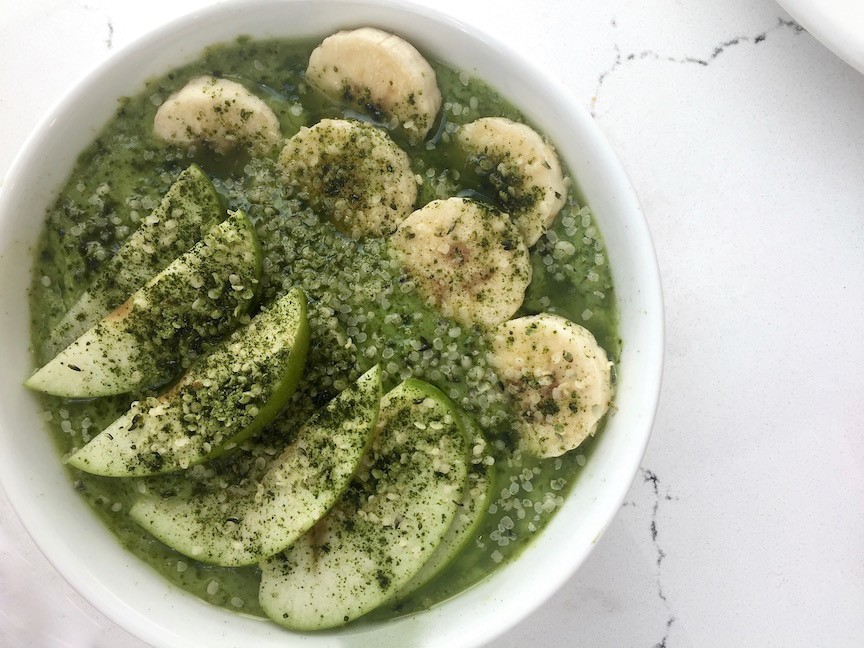 West Village also has a few pleasant surprises. The cafe is licensed, so you can boost your coffee with some Baileys, or sip on local wine and beer. They serve a number of dishes that are easily adaptable to dietary restrictions, from gluten-free to vegan. The restaurant also works to support Vancouver’s Window Arts organization, and the staff wear aprons made by the program participants, and you can purchase the aprons at the cafe, too.

Above all, Bhangoo is just a local guy, working with his family and staff to create a place for locals. “Surrey: That’s my community, that’s where I live,” smiles Bhangoo. 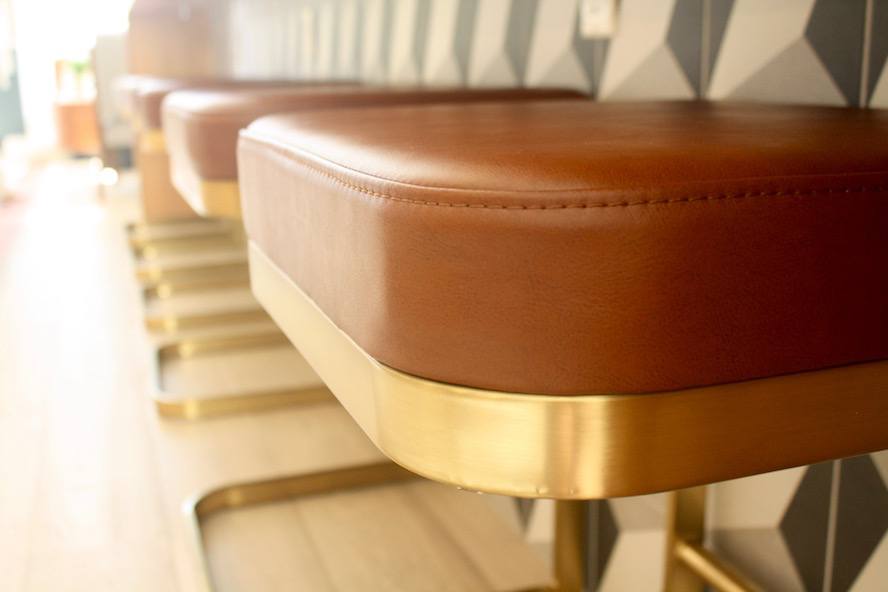 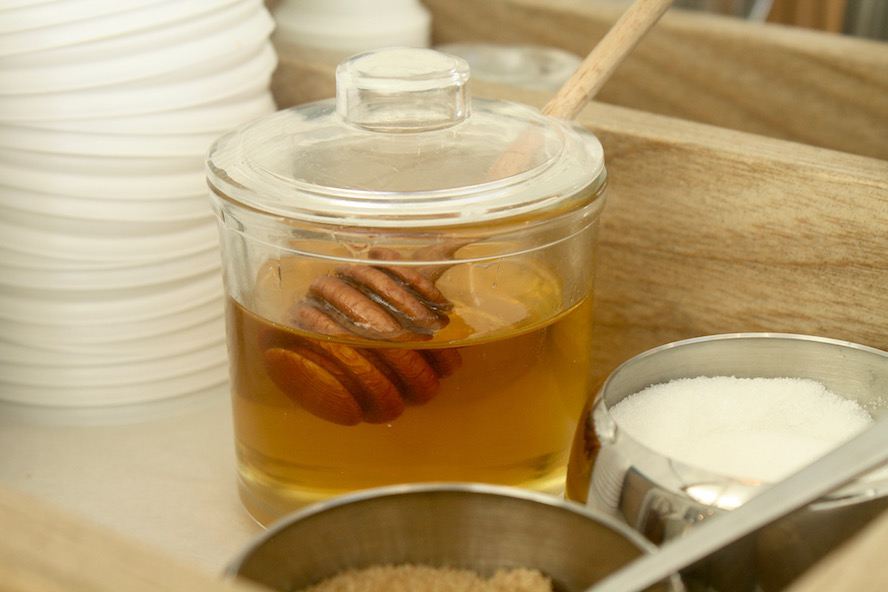 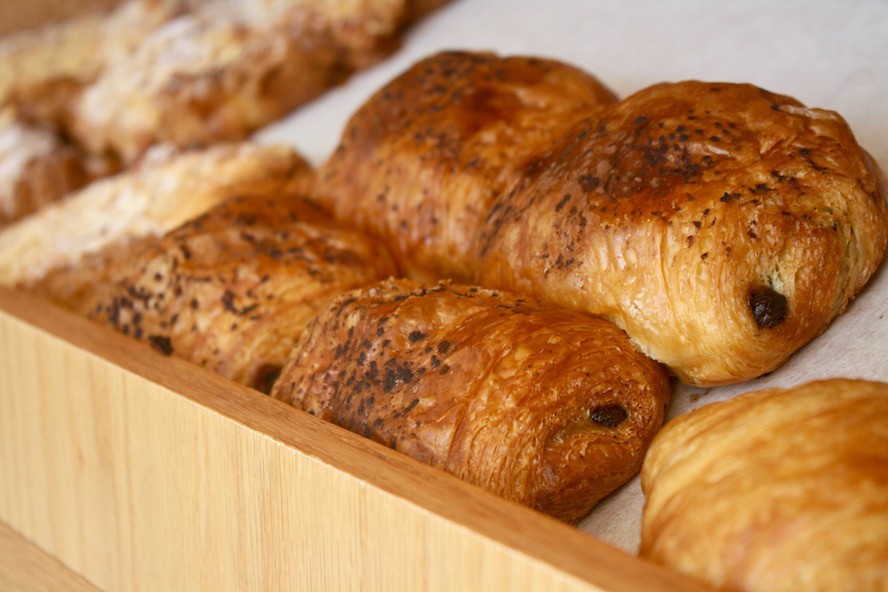 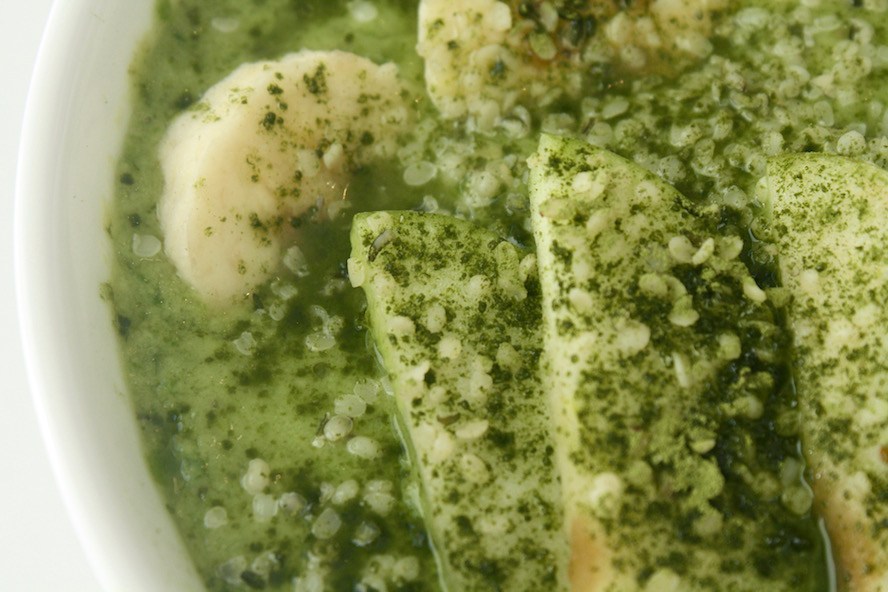 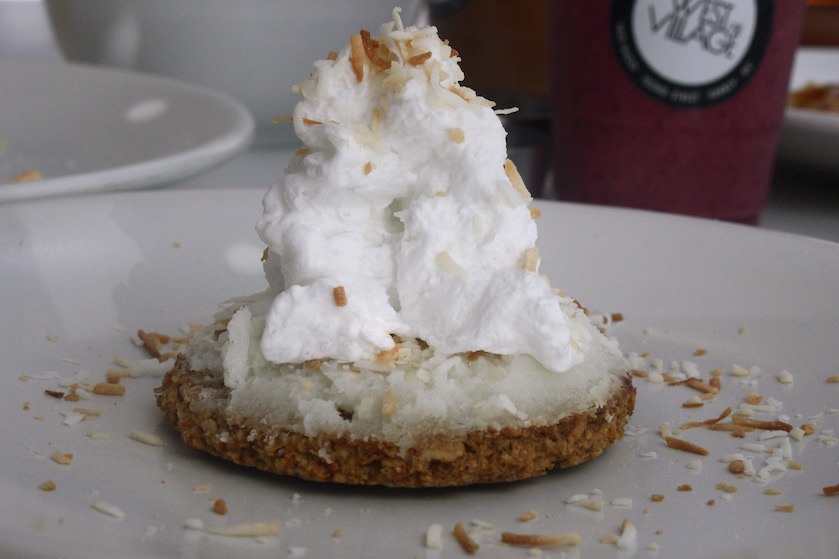 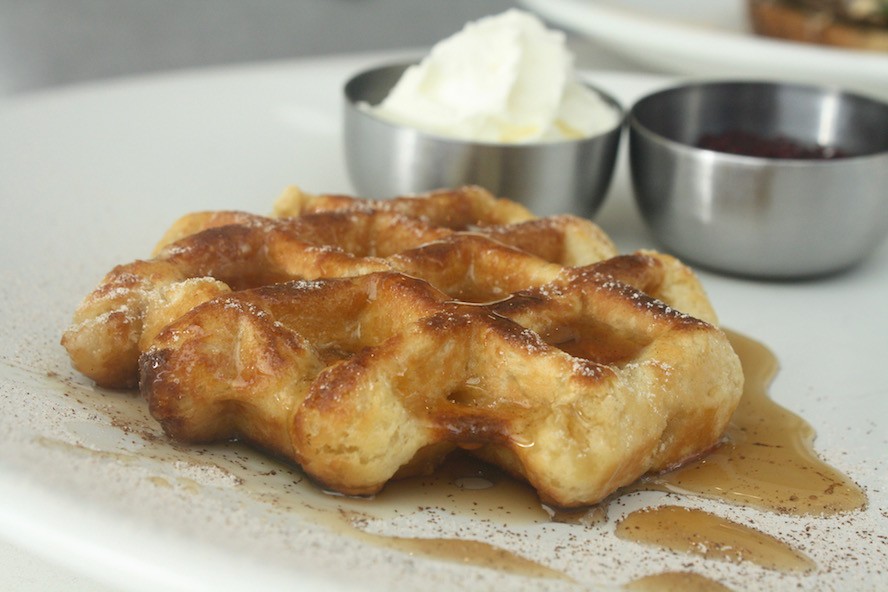 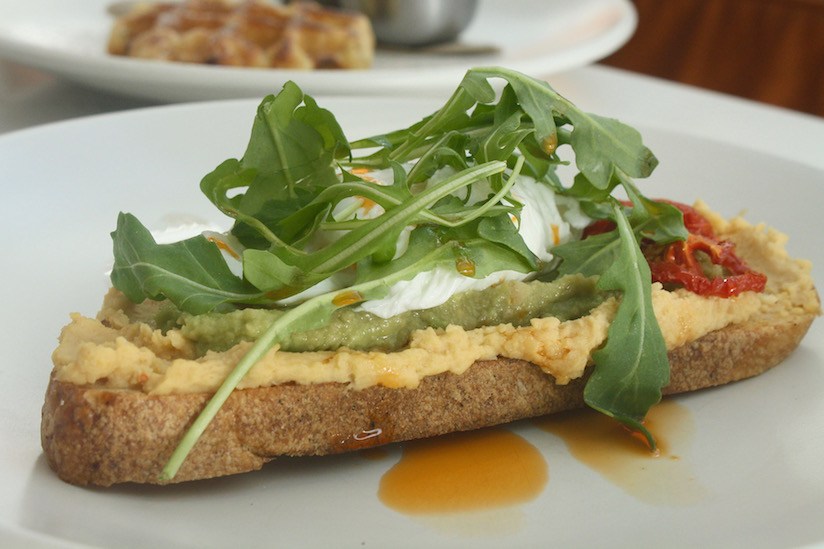 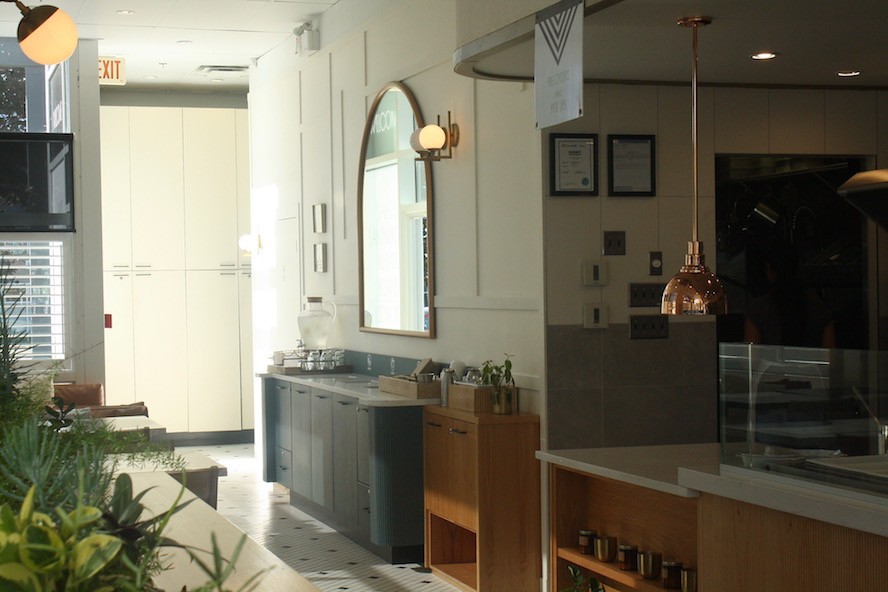