If you’ve ever dreamed of owning a glorious, exotic bird, you might be in luck. The West Vancouver SPCA has a peacock on their adoption roster that needs a caring home.

The five-year-old female bird – named “Fabulous B” by staff – was found strolling around the area of Mathers and 22nd Street in West Vancouver. This is the first time the West Vancouver SPCA has had a peacock in their possession.

“She’s very quiet and she seems tame,” Dragana Hajdukovic with the West Vancouver SPCA tells Vancity Buzz. “When we have staff cleaning her enclosure, she will perch on top of their shoulder. She’s a big girl.”

Hajdukovic thinks Fabulous B’s owners might have bitten off more than they could chew. Peacocks like to perch up high – even onto rooftops – and she might have escaped that way.

A suitable owner, says Hajdukovic, would be someone with property where she’ll have room to roam, ideally outside of the city. She adds birds like peacocks don’t make good household pets, as they require specific handling and care.

Thing you’re up to the challenge of owning a peacock? Here’s Fabulous B’s adoption listing. 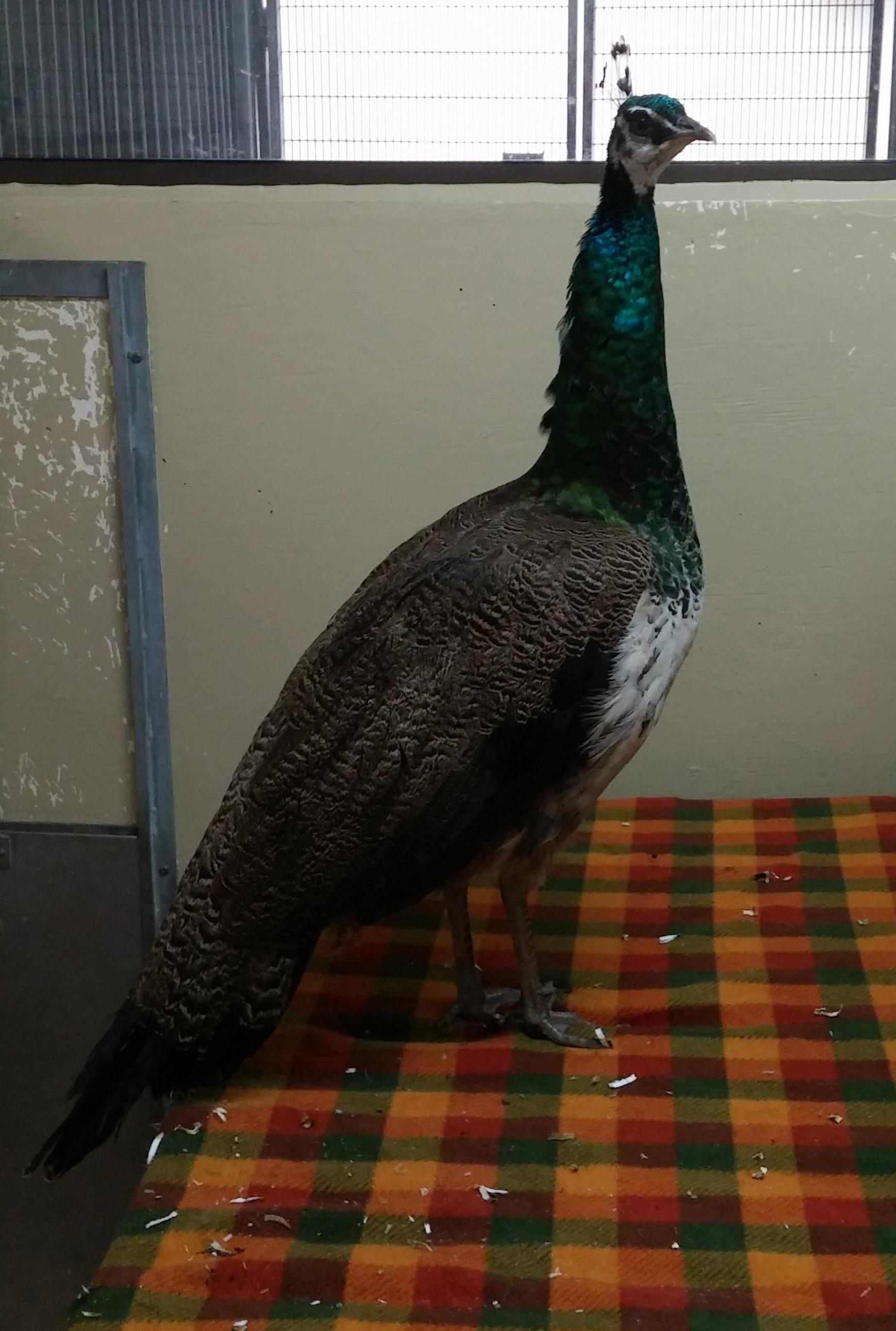