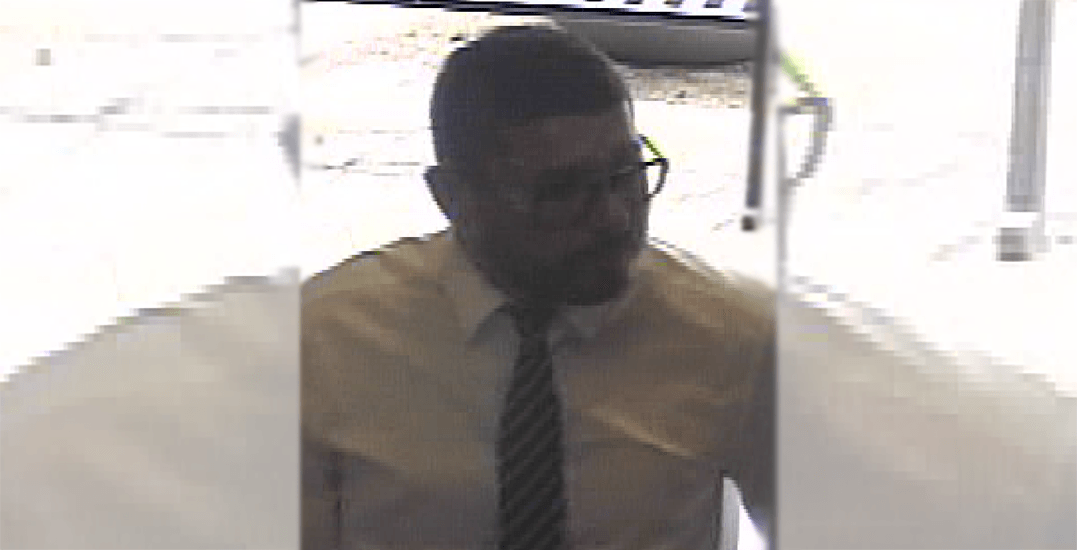 In a release on Thursday, police said the incident took place on June 29, in the parking lot of the Caulfield Village Shopping Centre, around 1 pm.

Police said the victim was approached by a man who claimed the victim had dropped some cash, which he wanted to return.

“When the victim opened up his wallet, the suspect was able to remove a debit card without the victim knowing,” police said.

It was only later, when the victim was notified by his bank of suspicious transactions, that he realized what had happened and notified police.

Police said they believe the suspect was able to use the victim’s debit card after watching him enter his debit card PIN during a transaction in a nearby store, moments before the distraction theft took place.

“Distraction thieves work quickly and often target vulnerable people such as seniors, who may be more easily confused,” said WVPD Const. Kevin Goodmurphy. “Unfortunately the victims don’t realize that they’ve been targeted until much later which is usually too late.”

Police said the suspect in this case is described as a dark-skinned male, 30-40 years old, with short black hair, wearing glasses, a white button-up shirt, and tie. They also believe he may be linked to another distraction theft in the same area, using the same method, almost one year ago.

Now, police have issued an image of the suspect and are asking anyone who has any further information, or may be able to identify him, to call police at 604-925-7300. Those who wish to remain anonymous can contact Crime Stoppers at 1-800-222-TIPS or leave a tip online.