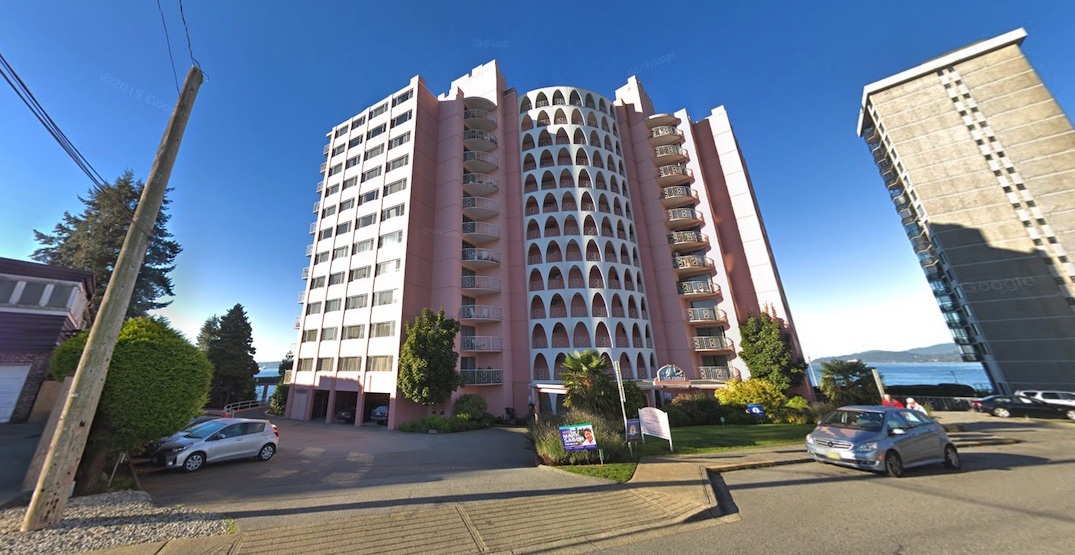 A redevelopment is envisioned of the striking ‘Pink Palace,’ formally known as the Villa Maris Apartments, located prominently on the West Vancouver waterfront.

The building at 2222 Bellevue Avenue will be demolished, possibly by 2026, for a new condominium project, according to a report by The Global Canadian.

The pastel pink-coloured building, on a 1.6-acre lot, was constructed in 1966 and contains 101 units.

Pink Palace would be redeveloped in conjunction with another proposal for Shoreland Apartments at 2190 Bellevue Avenue, one block east, which are both under the same ownership.

Under the scheme, the 1964-built, 11-storey, 62-unit Shoreland Apartments would be redeveloped first, possibly into a new 21-storey rental building with 206 homes plus a new secondary building with 24 rent-subsidized homes for District of West Vancouver workers and their families.

When the Shoreland Apartments redevelopment is complete, residents of the Pink Palace will be relocated to the new rental building, allowing for demolition work to begin on the Pink Palace.

The report also states the Pink Palace redevelopment will have architectural design features inspired by the current building on the site.

Both redevelopments are currently in their pre-application phase; no formal application has been submitted to the district municipality.