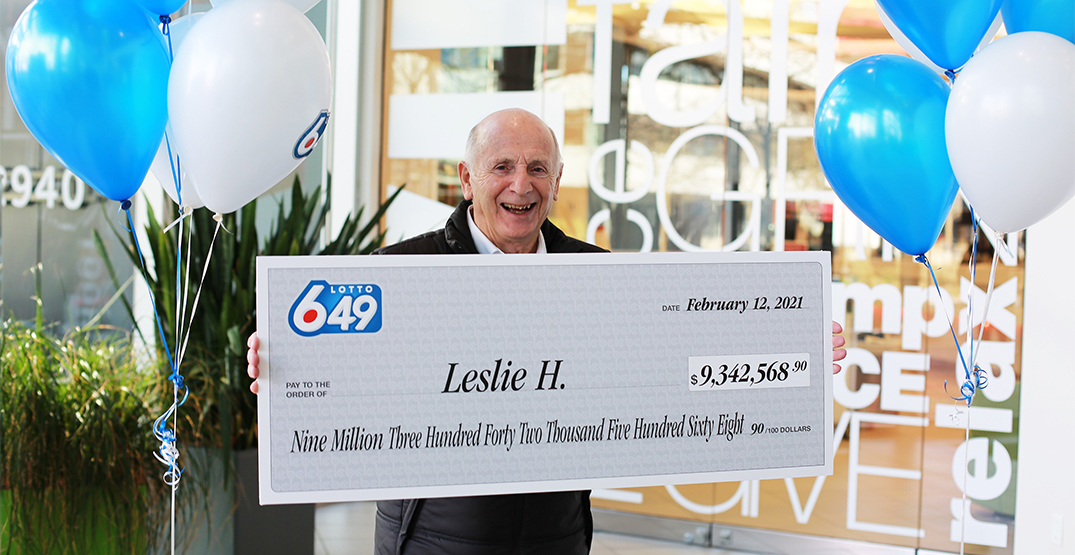 A West Vancouver man who won $9.3 million through Lotto 6/49 on New Year’s Eve plans to donate some of his prize to hospitals in the Lower Mainland.

Leslie Hasman purchased his winning ticket from a 7-Eleven on Marine Drive, but didn’t realize at first that he’d won. He knew the card had several zeroes on it, but couldn’t be sure of the number without his reading glasses.

“I asked the cashier to print out the winning numbers, I put them in my pocket, and then I went to buy a few groceries,” Hasman said in a news release. “I have no idea what I ended up buying.”

At home later, he realized the numbers he picked lined up with the winning ones — and the West Vancouver purchase location matched as well.

Hasman’s first purchase with the money will be a new barbecue. After that, he’s treating his family to a trip to Hawaii once it’s safe to travel again.

He also plans to donate a portion of the winnings to hospitals in BC’s Lower Mainland.