The West End’s most popular resident, appropriately dubbed ‘Wile E. Coyote’ by many, is causing a stir among neighbours.

Beyond being photographed snacking on a tub of ice cream and grazing on the grass near English Bay, the coyote is getting attention for being too comfortable in his urban environment.

The four-legged animal has prompted a warning from the Stanley Park Ecology Society to keep pets away and to report those feeding the coyote. “We are seeing the consequences of a coyote habituated to people food, resulting in malnutrition, a weakened immune system leaving it vulnerable to mange, and lingering in public spaces during the day,” says Dan Straker, Urban Wildlife Programs Coordinator with Stanley Park Ecology Society.

Besides feeding, visitors and residents to the West End have caught Wile E. Coyote enjoying a couple favourite Vancouver traditions.

One person on Twitter snapped a picture of the furry animal catching some February sun on Sunset Beach just a few days ago and sent us the photos. 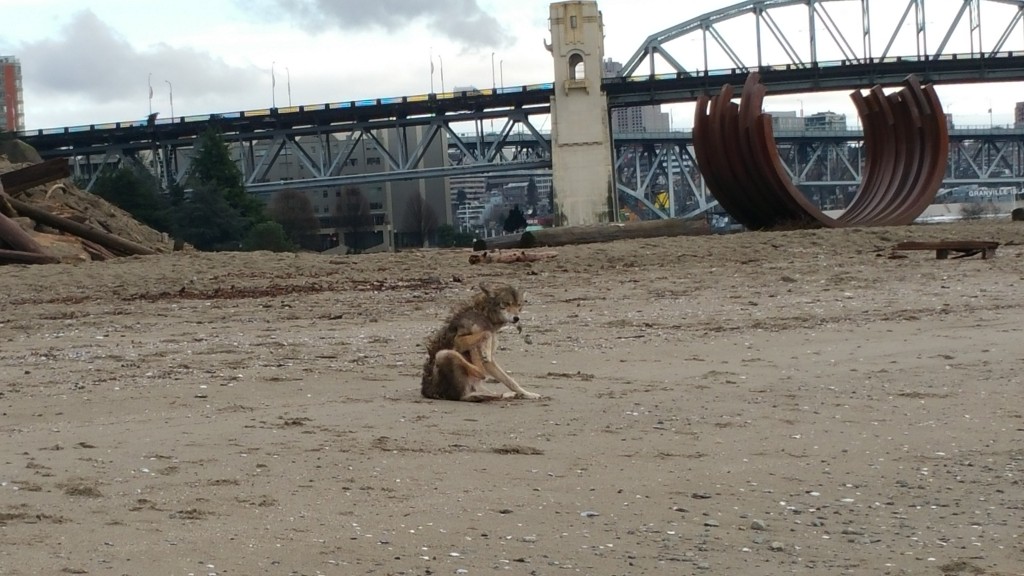 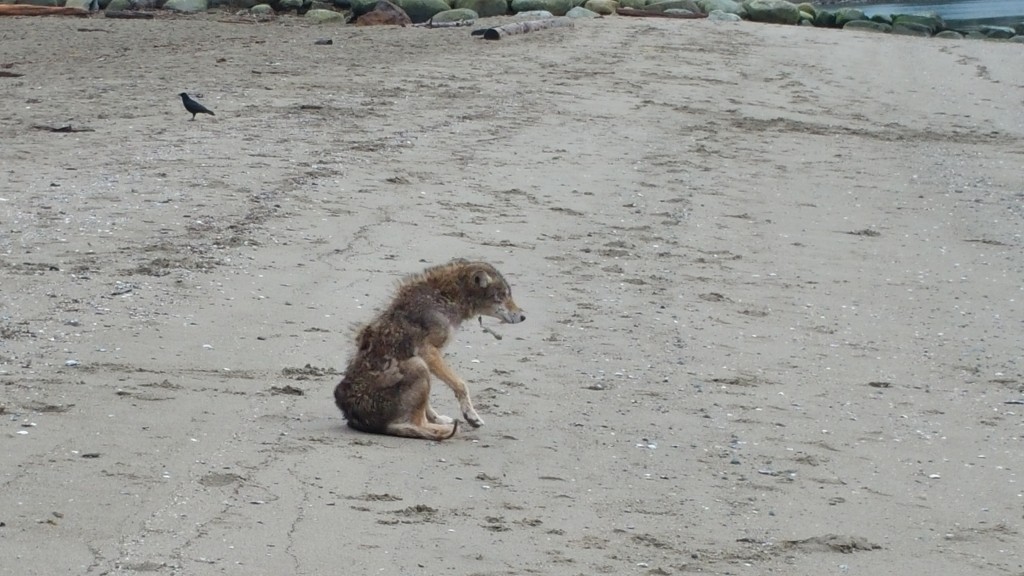 While another watched as the mangy guy enjoyed a cold winter treat in December.

The coyote also took a break from strolling the seawall to sniff some grass with a pal earlier this week.

Yesterday my phone was full and I couldn’t capture a pic of the West End’s Wile E. Coyote but today I see him again and this time with another coyote friend! #westend #vancouver #coyote #urbanwildlife

He’s also been spotted throughout Stanley Park and as far along the seawall as Olympic Village.

While the coyote hasn’t caused any harm yet, The Stanley Park Ecology Society warns coyotes may become more active during denning season from February to May.

“It is mating season now and soon coyotes all over Vancouver will be looking for more food to feed nursing mothers and hungry pups,” Straker notes.

He also urges dogs and small pets should be kept on leash or indoors to ensure their safety.

“Anyone that encounters a coyote should make themselves look big and make loud noise to scare it from public spaces, and report their sightings or any people feeding coyotes online or call 604-681-9453.”

Straker also reminds the public that feeding a coyote is a punishable offense under the Provincial Wildlife Act and is against park bylaws.