For the uninformed and uninitiated, West Coast Geeks vs Nerds is a monthly geeky-nerdy debate show that takes place in Vancouver’s fanclub on Granville street. Little sister to the Geeks vs Nerds in Halifax, the West Coast group is in the beginning of their third season, with an upcoming show in November. A typical show is six people arguing about the kinds of things you hear geeks arguing about in comic book shops. Except in front of an audience and on a stage.

The good gents running the West Coast Geeks vs Nerds have three goals for their shows.

This is a hard point to argue against, the shows are fast paced and clever. The debaters are well picked and passionate about their view point, be it pro-Hulk in Who is the Master of Destruction or pro-Jurassic Park in Which is the Worst Vacation Destination. Host, Chris ‘Moo Man’ Nyarady is quick and clever, his introductions for the subjects of that night’s debate are hilarious. The high light, though, is that the debate winners are decided by the audience. There is something about a room full of nerds screaming their throats raw in favor of the Carebears over My Little Pony that just can’t be found at other events. 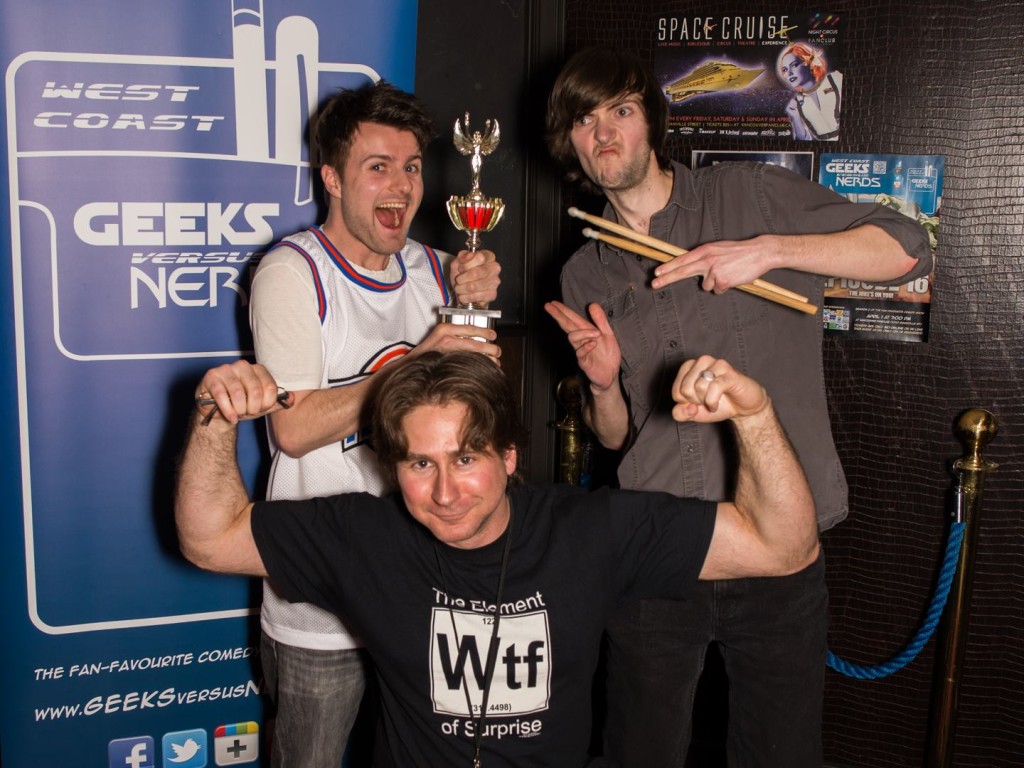 This is masterfully accomplished through debate subjects. Though similar in content, the two sides of the debates are pulled from very different fandoms. While it is unusual for a person of the nerd variety to not have at least heard of what is being covered, it could be that Han Solo vs. Malcolm Reyolds debate that finally gets a person to decide to sit down and watch Firefly.

In the same spirit of North West FanFest, the West Coast Geeks vs. Nerds want to unite the community. They don’t want to cater to just a single kind of geek or nerd, but to all of them. There are a lot of niches in Geek Culture, where a person can go to satisfy the need to meet others who are interested in one specific thing. There are a lot of events and meet up groups and clubs for people who want to do or see something in that niche. Entire nerd social circles can go through Vancouver without much overlap. While there is nothing wrong with this, it does make Geek Culture in Vancouver unsustainable. In gathering their numbers together, nerds have a lot of power. The West Coast Geeks vs. Nerds aim to be one such space, which they absolutely do. 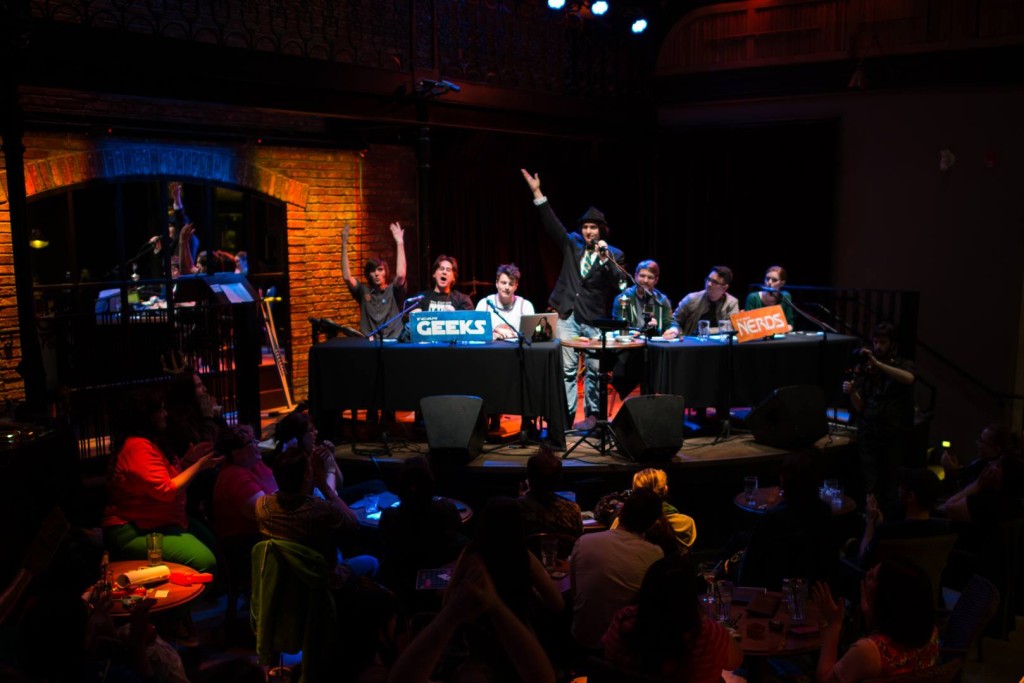 The debates put on by the West Coast Geeks vs. Nerds are not just for seasoned nerds and geeks with an encyclopaedic knowledge of the subject of their passions. Those are good things for a debater to have, but as an audience member, all that’s really needed is a sense of humor and the willingness to listen to your peers argue