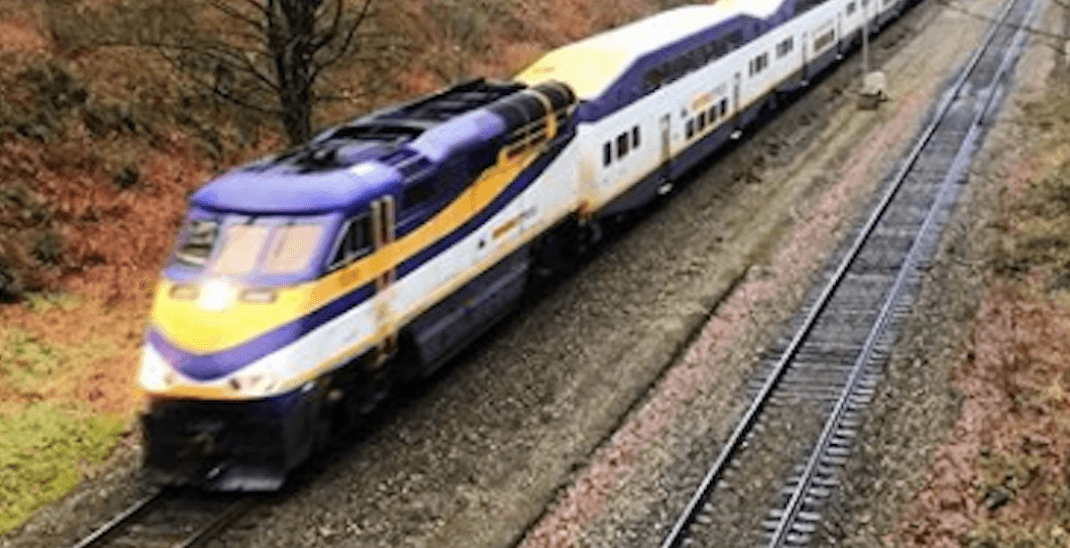 It was a longer-than-expected journey for West Coast Express commuters heading east on Tuesday night.

The ordeal began just before 6 pm, when TransLink notified customers that Train 4 was delayed “due to a police incident” near the Ironworkers Memorial Bridge.

#WCE Train 4 is temporarily delayed near Second Narrows Bridge. At this time we are still awaiting more info. As soon as we know more, we will tweet it out. (police) ^DA

TransLink was eventually able to provide more information, but the news was not good.

#WCE Train 4 & 5 are delayed due to a police incident. There is no word on when trains will start running again. We thank our passengers for their patience and regret this inconvenience. ^DA

The situation came to a head when TransLink notified commuters that not only had Train 4 ultimately been cancelled because of the incident, but that Train 5 was cancelled as well.

#WCE Train 4 & 5 are cancelled due to a police incident. Please contact Customer Information for alternative route information: 604-953-3333. Apologies for the inconvenience. ^DA

Not surprisingly, this left many commuter scrambling for alternate transportation options, and although they were not able to provide any further updates on exactly what the incident in question was, TransLink did offer travel tips for people trying to get home.

#WCE Staff are currently working on getting passengers from train 4 on to alternative transportation. Train 5 passengers should use SkyTrain. There are extra train buses running between Coquitlam Stn & Mission. ^DA

Just after 7:30 pm, a TransLink spokesperson said a “rescue train” had reached Train 4 and passengers were being transferred on to it.

“The rescue train will run the entire route to Mission meaning there’s no need for passengers on Train 4 to transfer to bus,” said TransLink.

There are no further details on what the police incident involved.