Wen Wei Wang has risen to fame in the Canadian dance world (and beyond) in a remarkably short period of time. He’s also one of the few Asian faces in the highly competitive arts landscape, a creator doing new work instead of falling on the traditions of the past. I spoke to Wang about coming to Canada, the Chinese-Canadian identity, and what new work Made in China means to him personally.

At 26, Wang was “reborn from zero” when he immigrated to Canada in 1991. He had done the unthinkable and quit his full-time job with the Langzhou Song and Dance Company, to wait out the long year for his passport and short-term student visa. As the only male child, this must have seemed like a crazy and irresponsible decision to his family. To this day, Wang’s dad has never seen him dance. But on the upside, Wang is all praise for his mother, who always just wanted him to be happy. 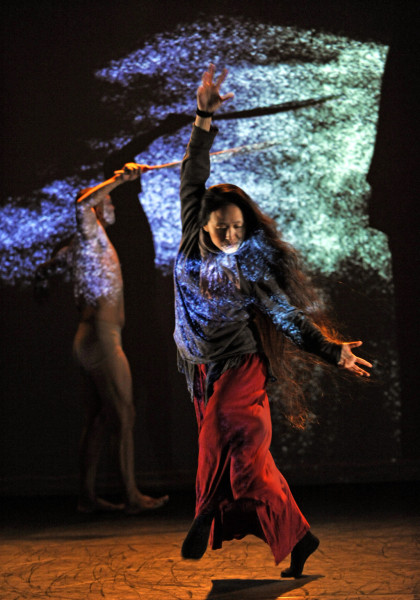 Wang had visited Vancouver during 1986 for Expo, his first time outside of China and first time on a plane. Before then, like all Chinese citizens at the time, he had only internal government sources to draw on for life outside of his home country. The clean air, friendly people, and seemingly idealistic lifestyle shattered many ingrained perceptions. From then on, it became a deeply felt need for him to experience a life outside of everything he knew.

As with so many immigrant stories, it wasn’t easy. Not speaking the language and arriving in Vancouver as an adult, Wang spoke of “going inside himself” for years, trying to understand through close observation what his limited language couldn’t grasp. He still dreamed of China, waking up disoriented and unsure of where he was. It would be close to 10 years before Wang felt truly at home on his newly adopted shores.

Luck is a word that has special meaning in both Chinese culture as well as in Wang’s story. He was able to seamlessly transition his 3-month visa into a role with Judith Marcuse Dance Company, and from then on choreography for many projects, as well as forming his own company in 2003.

But if ‘luck’ is crucial to the process, so too is sacrifice. I asked him to comment about the more limited opportunities available for Chinese-Canadian artists, and while Wang recognized the point, he was much more adamant in noting the positives. It’s sad, he acknowledges, that many artists have changed their careers since immigrating, but that’s also the nature of the work. Art of any type requires personal sacrifice, especially from status and material goods. 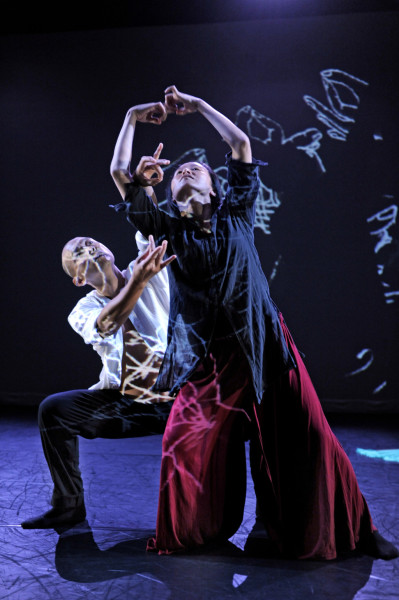 Made in China is about creating something new, rather than following traditional form. The artists’ life stories are on display, collaborating together, making art out of their cultural histories and personal feelings. It gives value to the artists as human beings, without locking them in Chinese history and tradition like so many other cultural presentations coming out of China.

To Wang specifically, it’s a long journey of emotions. ‘Hunger’ is a theme that plays in his life – from going hungry for too little food during the Cultural Revolution, to today’s mental hunger in his search to communicate and create.

So, where are you really from?

Going back to China now, Wang gets the sense that this isn’t his country anymore. As everyone says, China’s changed so much, but he notes an especially selfish streak: “Everyone just seems to care about themselves.” It’s a complex system of Chinese people finding more freedom, while still within the confines of the communist / not-quite-communist society. He isn’t comfortable here anymore and, like many immigrants, feels like something in-between.

For Vancouver part, he thinks that many immigrants stick to their own communities, not opening themselves to new experiences. Like trying to pick up sand, there isn’t a clear centre, and grains drift away even as you try to gather them. He really hopes this type of audience in particular will come see Made in China, and that it will help open their minds and hearts to the new breed of Chinese-Canadians that Wang so embodies.

Made in China runs at the Firehall Arts Centre from Feb 18 to 21 as part of the company’s Western Canada tour. More information here.