Well, that was an interesting day.

After what turned out to be a $45 breakfast (!?!) at the hotel (I should have gone to Dunkin’ Donuts instead), I took the Metro to Belorusskaya Station and transfered to the Aeroexpress train to Sheremetovya Airport. Only got lost once on the Metro, so counting that as a win. 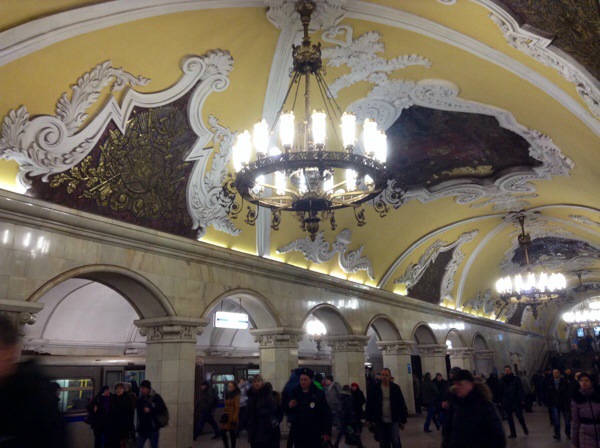 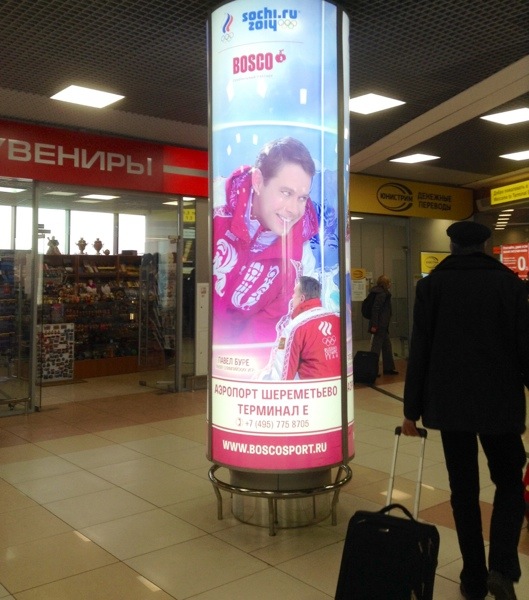 It was a short flight to Sochi from Moscow, and I was feeling optimistic — now it’s getting real. I grabbed my luggage and stopped by the Sochi transport information desk. With the Games starting tomorrow (Friday), and assuming that most of the volunteers should have arrived by now, the instructions on how to reach the volunteer accommodation were vague and conflicting. And that’s pretty much how the rest of the day went. 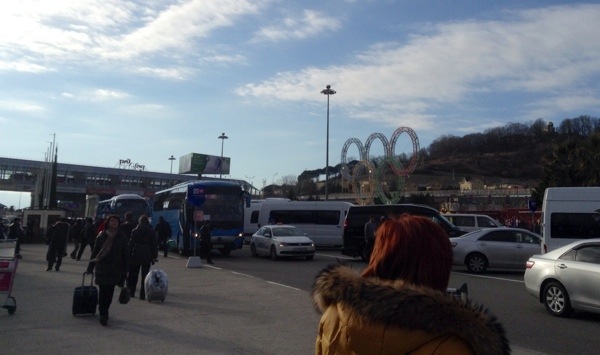 I initially wrote a very detailed step-by-step description of my getting-from-the-airport-to-the-volunteer-accommodation adventures, but it’s actually pretty frustrating to re-live it, so I’m just going to sum it up thusly: well-meaning but ultimately not helpful directions, ambiguous or non-existent signage, and my lack of conversational Russian all contributed to an epic 4-hour journey to the volunteer village. I finally made it to the right place for check-in… only to discover that they had no record of me in the system. Awesome.

After handing over my passport and waiting another 30 minutes, I guess they figured out that I was legit because they handed me a key… except that each room has only one key, so last person out of the room each day is supposed to return it to reception.

I’m sharing my room with two other volunteers at the moment, though the room sleeps four. ‘B’ is an elderly Russian woman from St Petersburg who doesn’t speak much English. ‘S’ is a younger woman from Switzerland who speaks both English and Russian, and we’re actually performing the same role at the same venue, so that will be nice. 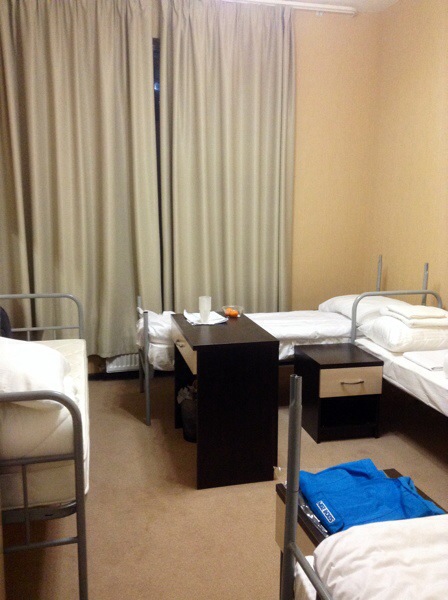 And since the state of the bathrooms in Sochi have been a topic of discussion, I’m pleased to report that our room does indeed have a nice enough bathroom with just the one toilet, plenty of toilet paper, and no warnings about not drinking the tap water.

Friday is uniform and accreditation pick-up, and hopefully I’ll have the opportunity to explore my new digs a bit more, buy a SIM card, and figure out where to eat my meals. And find a spot to watch the Opening Ceremony!