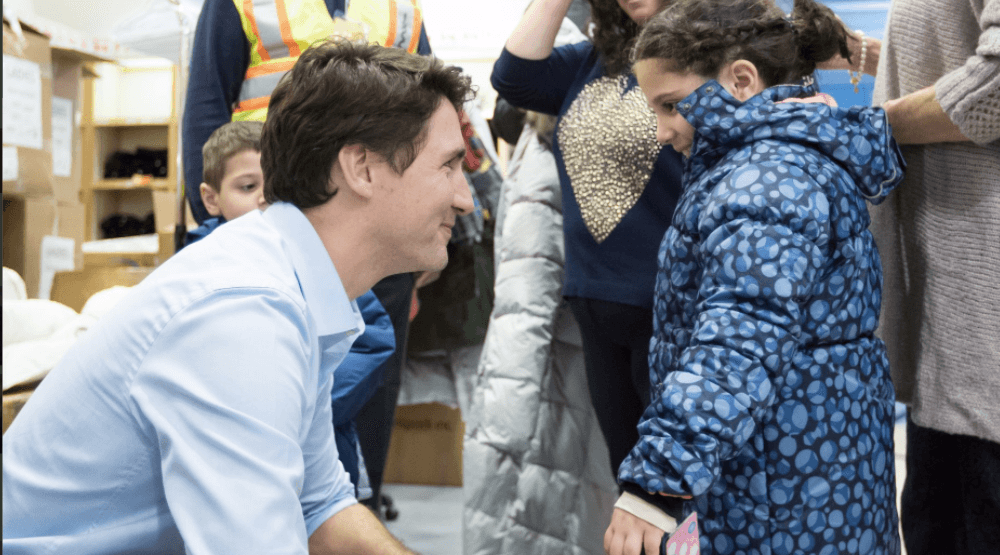 “To those fleeing persecution, terror & war, Canadians will welcome you, regardless of your faith. Diversity is our strength #WelcometoCanada,” Trudeau tweeted.

On Friday, President Trump announced an executive order closing American borders to citizens from seven Muslim-majority countries: Iraq, Syria, Iran, Libya, Somalia, Sudan, and Yemen. The ban is in effect for at least 90 days and also includes Green Card and US Visa holders hailing from the seven countries banned by Trump.

“I am establishing new vetting measures to keep radical Islamic terrorists out of the United States of America. We don’t want them here,” Trump said in an address at the Pentagon.

In February 2016, it was announced that Canada had officially resettled 25,000 refugees fleeing from war-torn Syria.

Trudeau’s latest indirect response to Trump has been welcomed by many on social media.

Just over a year ago I had the honour of welcoming the first plane full of refugees from Syria. #WelcomeToCanada, diversity is our strength. pic.twitter.com/3Paszu984a

Cause this is how we roll. True leadership from our PM @JustinTrudeau #WelcomeToCanada

So proud to be living in a country where diversity is accepted and loved #WelcometoCanada. Until this #MuslimBan is gone, no USA for me 😡✋🏽