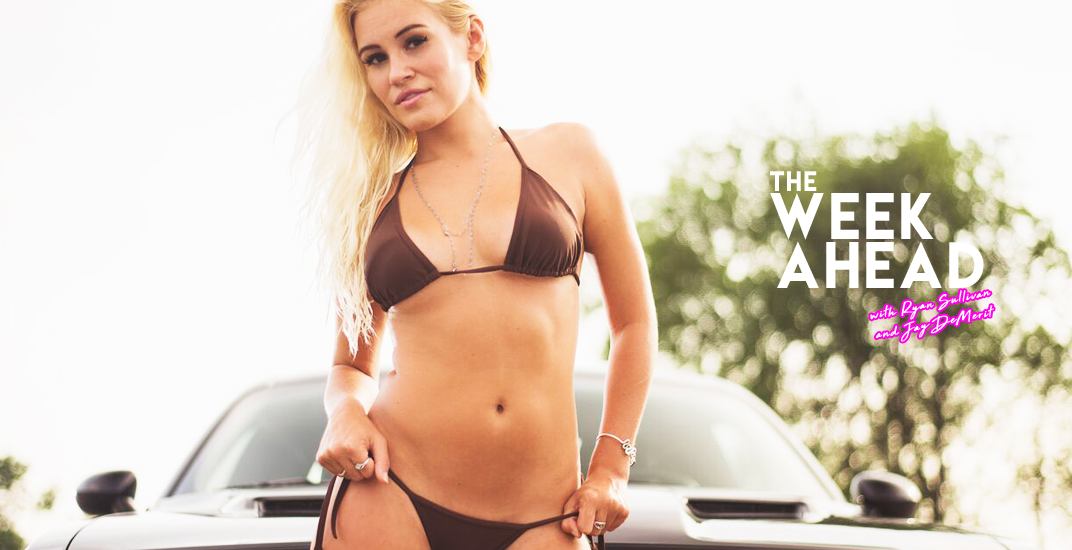 The Week Ahead Podcast returns for its 16th episode with myself (Ryan Sullivan) and former Vancouver Whitecaps captain Jay DeMerit. This week we feature international model and actress Theresa Longo who is heating up the net for a variety or reasons. This interview is also courtesy of Burrard Physiotherapy.

Theresa Longo is breaking the internet

Once again, the show and interview (starts at 4:30) was featured LIVE on our Green Men Facebook page here/below. (You may have to join the page to see the video)

After chatting with Theresa Longo for a good 10 minutes and learning about her new initiative called Project Playbook, we decided to shift gears and chat jackasses. Yes, we were looking to crown our ‘Jackass of the Week’ once again in our Headlines segment, but the choice wasn’t easy this week.

There were two very strong candidates. One who made a laughing stock of his two sons in Lithuania (can you guess who it might be?) and the other who whiffed on taking down Stefon Diggs this past weekend. LaVar Ball vs Marcus Williams – who would take the cake?

Obviously, LaVar took the win. So, after a quick shredding of the ‘Big Baller Showcase’ tournament, we quickly turned our sights to football. The New Orleans Saints defensive gaff and what the future may hold for the New England Patriots were our final hot topics.

Jay and I then took live questions and comments in stride and handed out a $25 GC to Yagger’s Restaurants and Sports Bars, along with a Burger King mascot mask.

The masks were used in 2014 as Green Men props and are in spectacular condition. They pair well with a nice merlot or scaring the hell out of your cat.

BTW, did you miss out on Jordan Subban singing Phil Collins a few weeks ago? No problem, here that is.