On Sunday, the Seattle Seahawks faced the Green Bay Packers in a rematch of last year’s NFC Championship game. This time around, however, the result wasn’t as fruitful, as the Hawks fell 27-17.

The Seahawks have made it a habit to start off slow in games, and this game was no exception, as the Hawks fell behind 13-3 by half. However, in typical Seahawks fashion, Seattle came surging out in the second half, and took the lead on touchdowns by running back Fred Jackson and receiver Doug Baldwin. 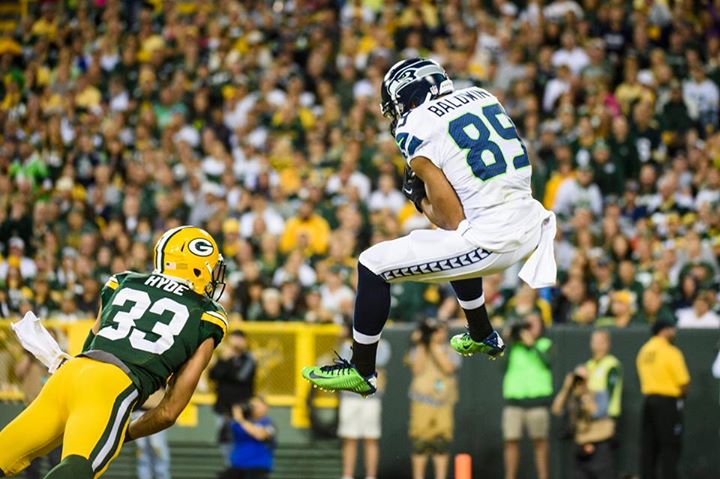 Despite the lead, it was Green Bay who needed the late comeback this time around. The Packers, who lost star running back Eddie Lacy on his third carry of the day, leaned on back up running back James Starks, their superb receiving corps, and a touchdown grab from tight end Richard Rodgers to regain their lead.

However, the true star of the show was the Packers defence, who helped them to retain their lead. Green Bay’s defence forced two late turnovers, a one handed interception, as well as a forced fumble by linebacker Jayrone Elliot to seal the game.

Seattle’s key to this game was their rushing game, which was bottled up well for the majority of the night. The Packers defence held running back Marshawn Lynch to 41 yards; however, Russell Wilson was able to extend plays and rush for 78 yards, and pass for 206 yards, and two touchdowns – so let’s not blame Wilson’s girlfriend Ciara for the Hawks’ slow start! 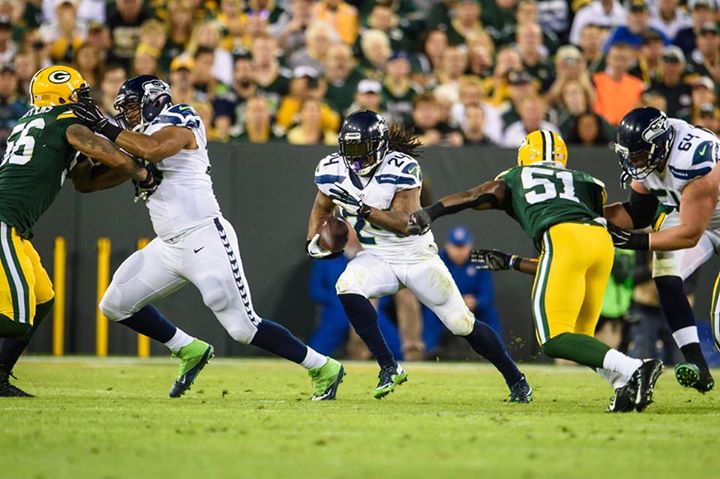 Despite Green Bay’s defending efforts, receiver Doug Baldwin had a good night, hauling in 7 passes for 92 yards and a score. Tight end Jimmy Graham was quiet, catching one pass for 11 yards. Tight end Luke Willson, however, contributed 36 yards and made a ridiculous one-handed catch.

Seattle’s defence, however, was not as rigid as they have been against the Packers in recent games. Rodgers had no problem targeting Seahawks cornerback Richard Sherman, who didn’t appear to be having his best game. Sherman was tagged for a couple of penalties in the game, as he tried to keep up with the strong and speedy rookie receiver Montgomery.

The Seahawks couldn’t contain the Packers stars. Rodgers threw for 249 yards, and two touchdowns, with no turnovers. Receiver Randall Cobb reeled in 8 passes for 116 yards. Backup running back James Starks finished the night with 95 rushing yards. Receiver James Jones opened the scoring for Green Bay with a touchdown, already his third of the season.

Disciplinary issues for the Hawks marred the game. Linebacker K.J. Wright was ejected from the game after he engaged in a wrestling match with Richard Rodgers’ helmet, twisting and turning him around by his facemask. Seattle, at one point in the game, also had difficulty with staying onside on defense, with defensive lineman Michael Bennett being a repeat offender.

Next Sunday, the Seahawks will host the Chicago Bears in their home opener.