In Weaver Woman, Maky Yi narrated the story Chingnyŏ, written by Korean writer O-Chŏnghŭi and translated by Miseli Jeon, while Colleen Lanki interpreted the text through gestures of a classical Japanese dance style. The piece was based on a nihon buyoh aesthetic and movement vocabulary.

In a mix of live music, projected images, text, and movement, TomoeArts (pronounced toh-moh-ay), a company directed by Lanki, presented O’s reinterpretation of the Chinese folktale Weaver Girl and the Cowherd during a special three-day engagement.

Lan Tung sang the original version of the story while subtitles and watercolour paintings by Etsu Essence Inoue were projected. O’s version focuses on “loneliness, tension of relationship, separation and social expectations”, as the program notes says. 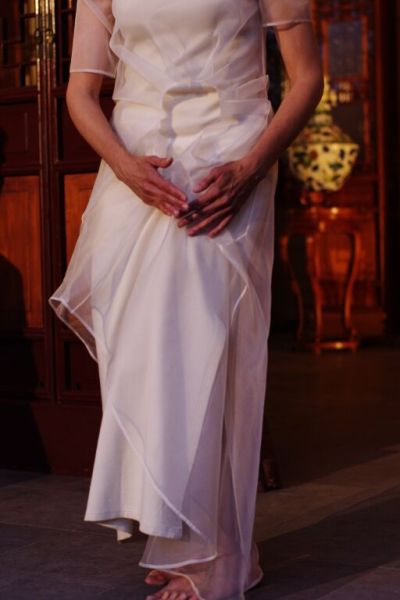 The wonderful interpretation of the three dance-actors, the women and Matthew Romantini in the role of the husband, created a crescendo of intense energy that was reinforced by Gerlad Kings’s lights. Particularly, I enjoyed the game of lights projected on the floating scenography.

My favourite moment was Lanki’s first solo. In the background was projected images of birds. Lanki – accompanied by the live music, performed on stage by Tung, Peggy Lee and Jonathan Bernard – danced moving her hands and fingers as if they were birds. All the body was involved until she spread her arm/wings. It was an incredibly sweet, profound and moving dance. 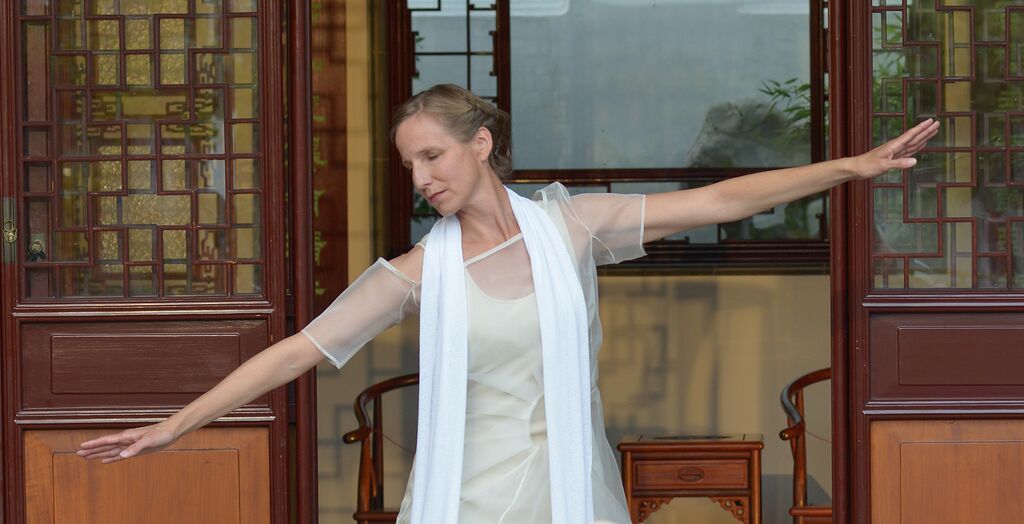 Tension, loneliness and expectations were tangible onstage. Spectators were totally involved and engaged; by the end some people in the audience were so touched they cried.

TomoeArts‘s Weaver Woman ran for three days, July 3-5, part of the Dancing on the Edge Festival, which is on until July 11.