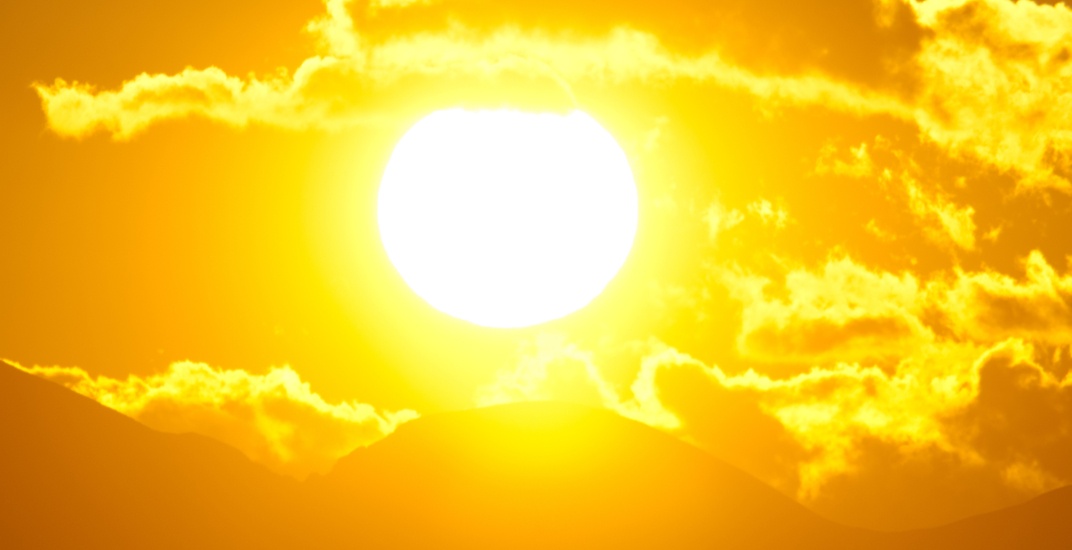 It’s going to be a hot one this week, Vancouver.

And while summer sun in our city is typically a welcome sight, it will be a special case this week. 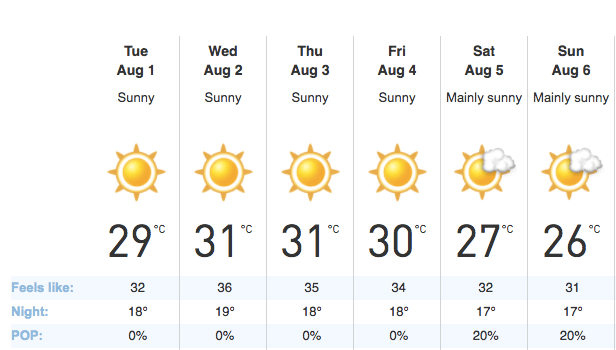 Did you see that?

Nothing but sun all week and temperatures that will make it feel like the mid to high 30s.

The forecast of sweltering temperatures has prompted Environment Canada to issue a heat warning for Metro Vancouver and other areas of the BC South Coast.

According to the statement, the federal weather agency says a “massive” ridge of high pressure will build over the southern portion of the province through Thursday, which will create several days of hot weather conditions.

“Daily temperatures records from Tuesday to Thursday will probably be broken in many communities,” the statement adds.

It should be noted that these temperatures and forecast are specific to Vancouver and YVR Airport. The temperature will be even warmer for those living in the Fraser Valley and Metro Vancouver’s eastern suburbs.

“Those most vulnerable to high temperatures include young children, pregnant women, the elderly, those working or exercising in the heat, persons with chronic illnesses, people living alone in un-air-conditioned homes, and the homeless.”

Other precautions include drinking plenty of water even before you feel thirsty and staying in a cool place.

Never leave people or pets inside a parked vehicle.