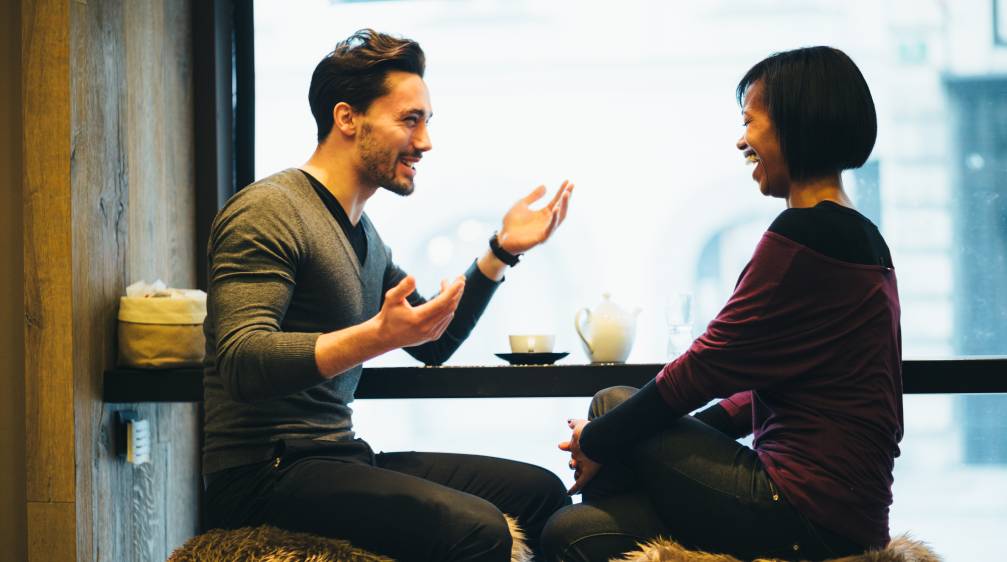 One of the hardest parts about online dating is knowing how to best express yourself.

You want to show your personality, but it’s tough to know how it will come across from a single picture. There’s always one extremely effective way to have a spontaneous conversation with someone — debate with them.

Spark, the dating app focused on self-expression, now has a feature called Change My Mind. This innovative feature allows Spark users to upload short videos that showcase their opinions on various topics. These questions can either lead to meeting people who share the same unique opinions as you or, better yet, flirtatious conversation.

Spark, which is now available to both iOS and Android users, recently surveyed 500 Canadians about dating and debating. Of those, 82% responded that they were attracted to people with strong opinions — and 73% agreed that debating was an effective way to flirt.

To put those findings to the test, we asked three Canadian couples some unusual questions in the hopes of inciting a healthy debate (and get the sparks flying). 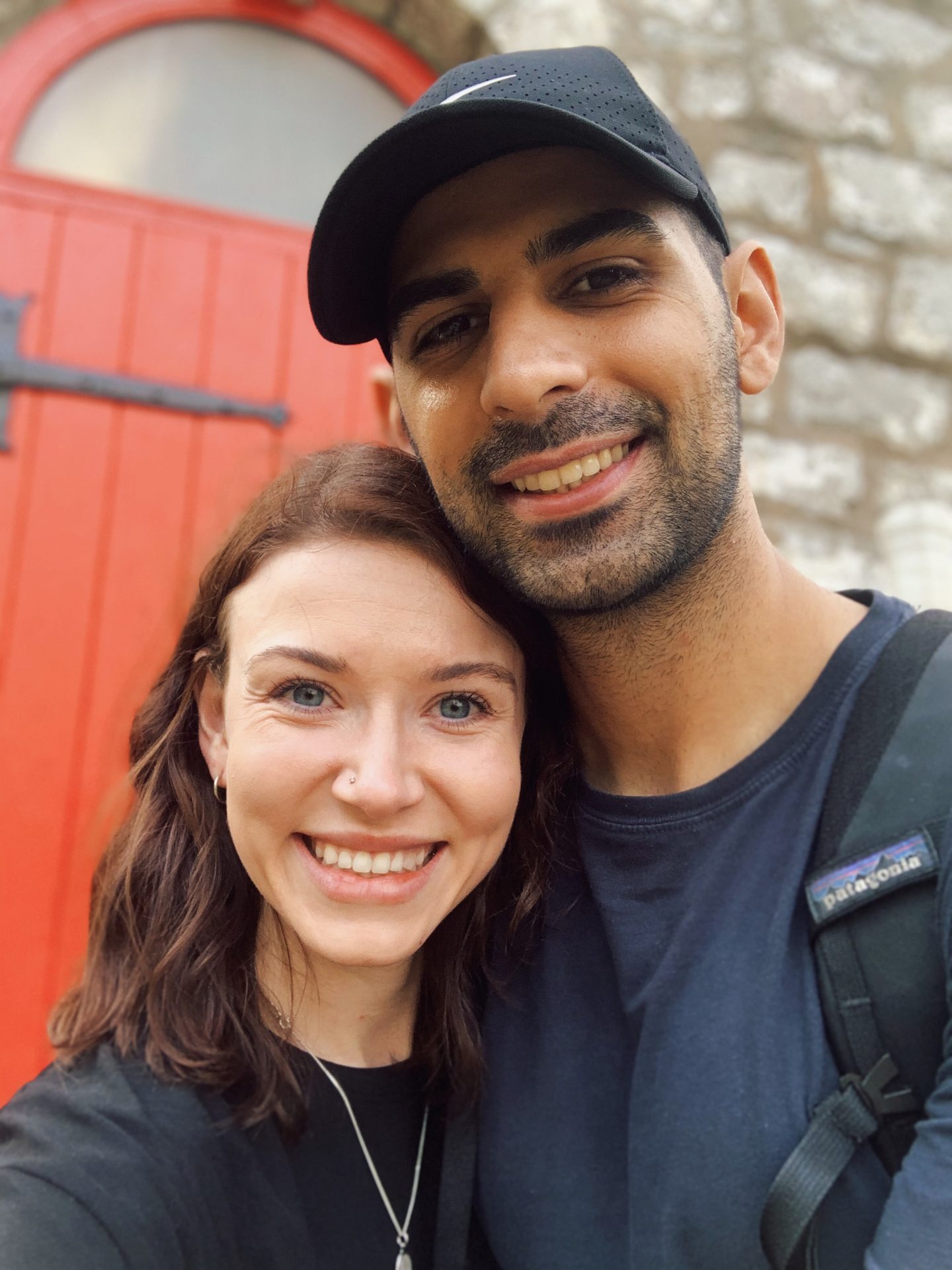 Does pineapple belong on pizza?

Kristy: Yes.
Sean: No. I will take on Kristy, her mom, and anybody on. If you want to say “pineapple belongs on pizza,” it does not! It’s something that was created by Canadians and they should be ashamed of it. No one needs pineapple on pizza!
Kristy: It’s the best thing ever invented. It’s sweet and savoury.
Sean: I don’t think sweet should be on savoury, ever. Actually not ever, but like very rare situations. But not pineapple on pizza. The sweetest thing I can have is tomatoes on pizza.
Kristy: Weird.
Sean: One fruit we had, Diane, when she brought the pizza, what was on it? Pistachios and what else? That pizza I actually really liked surprisingly.
Kristy: It was one of those really fancy flatbreads.
Sean: Yeah. It’s like one of those pieces where it’s like, if it’s really well-made, then they’ll put whatever you want on it, and it just adds to the flavour. But if you go to a random pizza store and put big pineapples, no. Give me a break. Move on. Just throw it away. I refuse it like garbage.

Kristy: I say we’re very self-centred to think that we’re the only existing life out there.
Sean: I agree.
Kristy: Do I necessarily think there’s green aliens with antennae? I don’t think no. But then again, who knows?
Sean: That’s not the definition of aliens.
Kristy: Oh my. You really think so?
Sean: An alien can be any living organism outside of the earth. Is there an alien? A hundred percent. So like you said, to think that we’re the only ones in galaxies upon galaxies? We’re dreaming, if you think that. Would you ever encounter one of your life? Probably not.
Kristy: You don’t know with all those things popping up in the desert. Whatever that is. 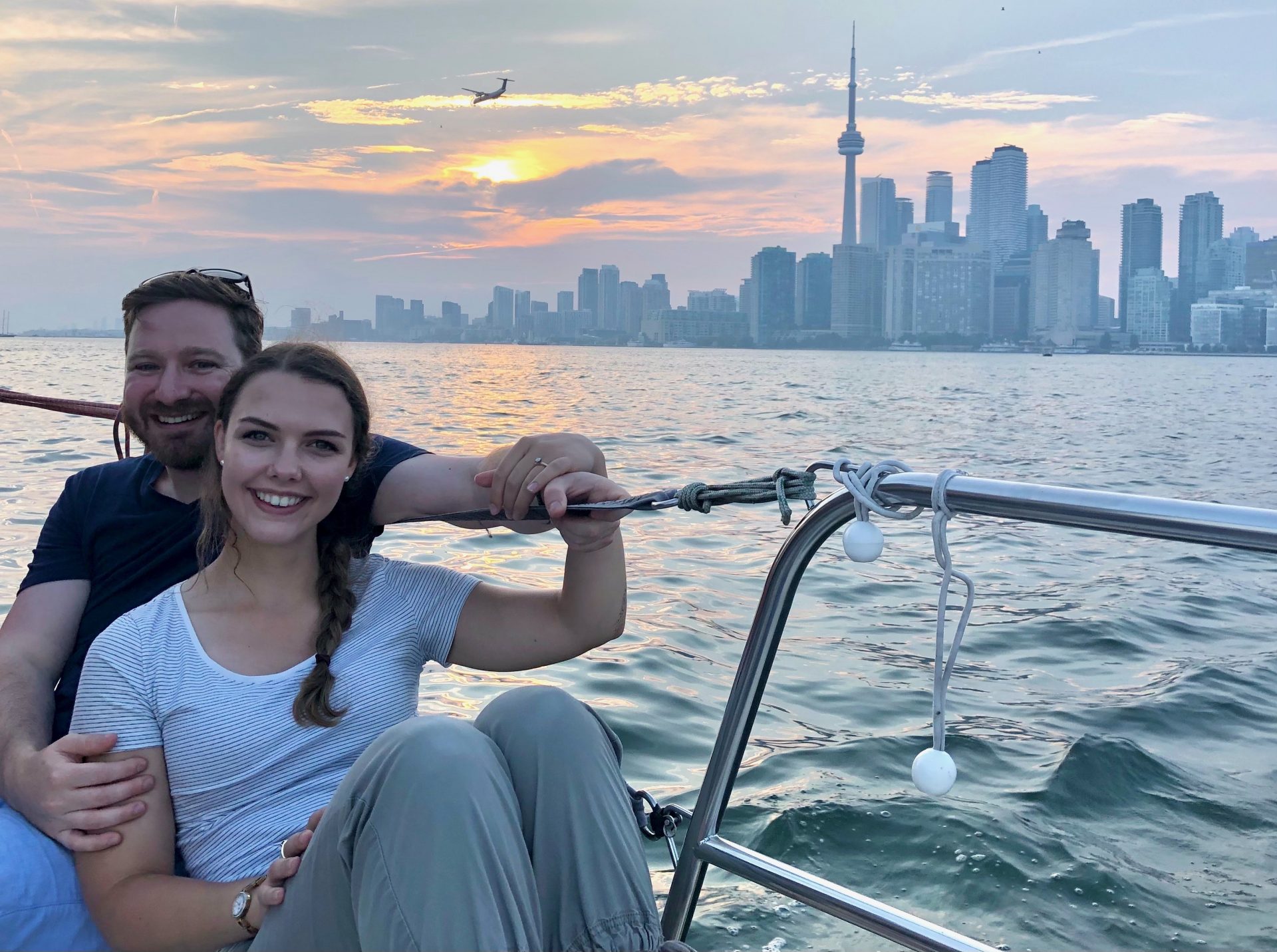 Do either of you believe in ghosts?

Fiona: I’ve never really thought about it.
Jeremy: I do.
Fiona: Really?
Jeremy: Yeah.
Fiona: I don’t think I do.
Jeremy: I don’t know if it goes in traditional space. But spirits or beings that are out there that… I don’t know. There’s definitely paranormal activity that happens in the world.
Fiona: I am a believer in guardian angels.
Jeremy: That’s a ghost!
Fiona: But is it a ghost?
Jeremy: Have you ever seen a guardian angel paranormal activity, ghost spirit?
Fiona: No.
Jeremy: No, but in high school, me and my buddies on the weekend used to drive out into all the places that were supposed to be haunted. And we’d go in as far as we could and stopped. It just creeped me out. It felt there was someone else there. I think probably a lot of it was just mental.
Fiona: You know what? You remember at Aunt Judy’s?
Jeremy: Oh yeah-
Fiona: Oh my God. I forgot about that.
Jeremy: My uncle passed away last year and we were all at my aunts and we were talking about him and the power went out.
Fiona: We were telling a joke about the power going out. Somebody was telling a joke about the power going out and Judy had just said, I wish Tim was here. And then literally the power went-
Jeremy: All outside, all of the neighbours everywhere, the block shut down.
Fiona: And she started bawling, she’s like, that was Tim. And she’s bawling her eyes out.

What is the biggest food disagreement you have? And why are you right, rather than your partner being right?

Jeremy: I don’t know that we really have disagreements. I think that I could eat pizza every night, maybe.
Fiona: You love pancakes.
Jeremy: Oh, there we go. Pancakes. I love pancakes, but you can’t cook them. She really is a great chef but she cannot flip a pancake.
Fiona: I can mix a good batter, I just can’t flip them. They get burned.
Jeremy: Yeah, It’s a little bit of both. They’re like, a sassy burnt. 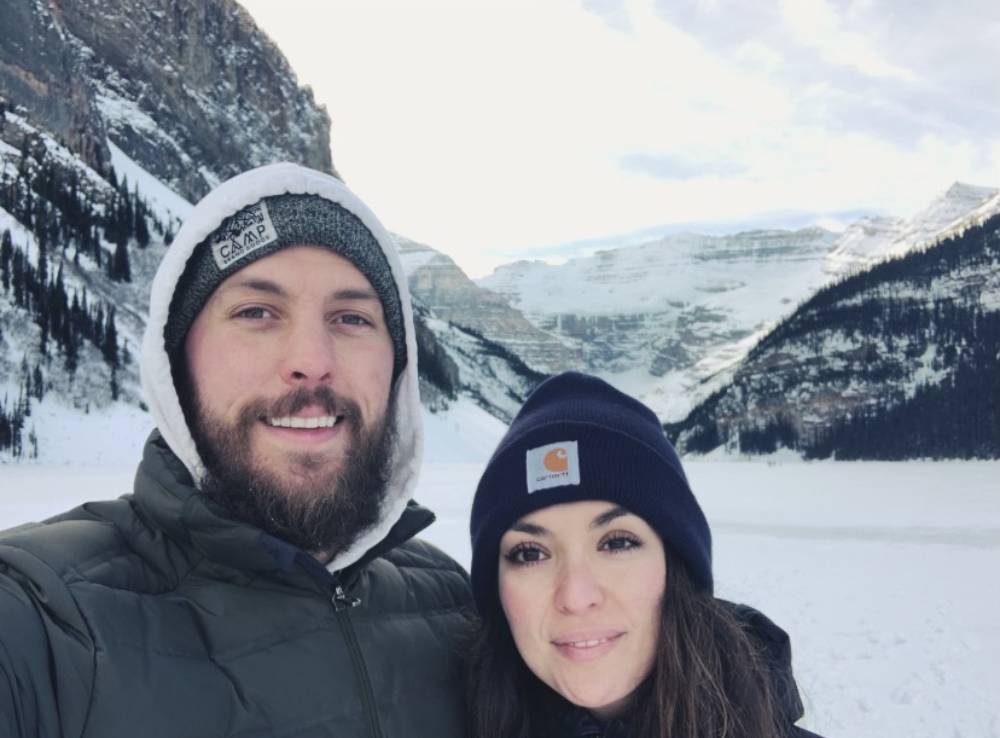 Is a hockey game a good first date idea?

Andi: Well, this is really funny, because this was our first date. We went to a hockey game, and it’s not a good first date idea; it’s much too long. That’s way too much time to commit to first meeting someone.
CJ: Yeah. Well, I asked her to go to the game with me, so obviously, I didn’t think it was a bad idea, but it definitely is a hit or miss opportunity. If it’s not going well, you’re pretty much locked in for the entirety of the game where it could be three hours or so. But I just thought about it like if you go to dinner and a movie. Sometimes people do things that’s a three- or four-hour date, but a hockey game is a tough one.
Andi: Yeah. Well, I still did it. It was good in our case, but no, I don’t think.

Do you have any food disagreements? And if you do, why are you the right one?

Andi: I like Kipper fish.
CJ: Yeah. She eats fish in the morning. She eats fish for breakfast. It’s disgusting.
Andi: Yeah. That’s when you eat it. Kippered herring with a little lemon juice on top with a piece of toast. That’s a breakfast.
CJ: She likes the most savoury seafood for breakfast. It’s disgusting.
Andi: Yeah. My whole family does that, my brother and my mom.
CJ: It’s crazy. It’s like you wake up and within half an hour, you’re cracking open a can of fish. The smell alone, I’m just coughing. Fish is just brutal.

Do you think that love at first sight exists?

Spark knows that every person on their app is different, which is why they create features that empower individuals to make real connections with each other.

Having a fun, impassioned discussion with someone allows people to get to know each other much better than cheesy pick up lines and the dreaded “How’s it going?” message ever could. It gives people the ability to show their true selves, their creativity, and their interests. It’s almost like the conversation just needs a little spark to really get started.

Share your opinion or try and change someone’s mind on the Spark dating app, available for download on iOS and Android.