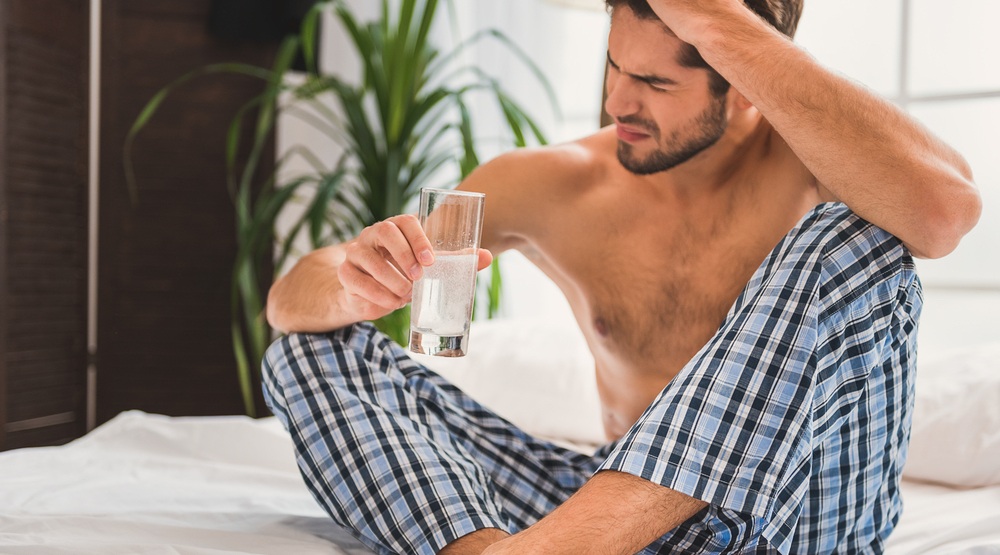 Let’s face it: we’re not 19 anymore. And while being in your late 20s and 30s has some perks (like being able to afford wine that doesn’t come in a box), it also has a major downside – namely, the dreaded adult hangover.

While that flight of beer at Parallel 49 (and Bomber, and Off The Rail, and Luppolo…) may have seemed like a solid choice at the time, a few hours later you’re staring down a nasty headache, surfing on waves of nausea, and cursing the very existence of natural light.

But fear not, friends; there ARE solutions – and no, they don’t involve drinking less or not at all (because we would never play you like that). So check out these tips to drink like a younger person without your body trying to quickly destroy you from the inside out the next day.

While we support (and even celebrate) what “society” might refer to as your “bad decisions,” it doesn’t hurt to throw a so-called “good” decision into the mix once in a while – if only as a preventative measure to throw everyone off your case (all the best supervillains are also super low-key).

Unfortunately, the consequences of your excellent choices can often consist of a dreaded hangover- especially once you hit your late 20s. Primary culprits include inflammation and oxidative stress, so try to cover your bases by loading up on antioxidants and popping an extra multi-vitamin before things get real.

For chewable ones that taste like candy — AKA the only kind of vitamin worth taking — Nordic Natural’s Nordic Berries are a great pick. Just try not to eat the whole jar.

They say prevention is the best medicine, and when drinking in your 30s you start to realize that sometimes “they” say things for a reason. When picking your poison, you usually get what you pay for — so if you have the means, bougie up and buy nice booze. 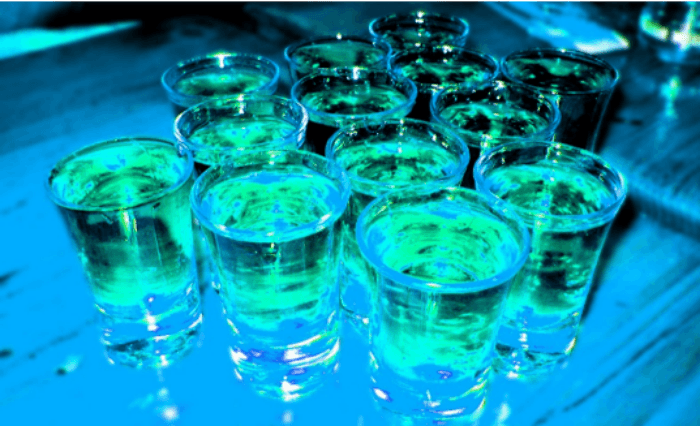 However, if you’re like most Vancouverites then you’re forking over most of your income to rent. If that’s your deal, just try to avoid preservatives. Wondering where the preservatives are hiding in your dranks? Read the ingredients! Wine is awesome, but it’s often to blame for some preservative-fuelled next-day misery, which is decidedly less awesome.

Organic wine is a great way to skip the preservatives and you can act extra smug while drinking it, which is fun. FYI our favourite organic vineyard is Summerhill in the Okanagan, in case you’re dropping by. For fewer sulfites (also linked to gnarly headaches), pick a red over a white.

Drink lots of water (but not just any water)

While alcohol is a wonderful nectar of the gods for which we are eternally grateful, it is also super dehydrating and acidic. So water that can replenish electrolytes and help neutralize all the acidic drinks you’ve consumed is essential to feeling like a human post-night of debauchery, right? That’s just science. 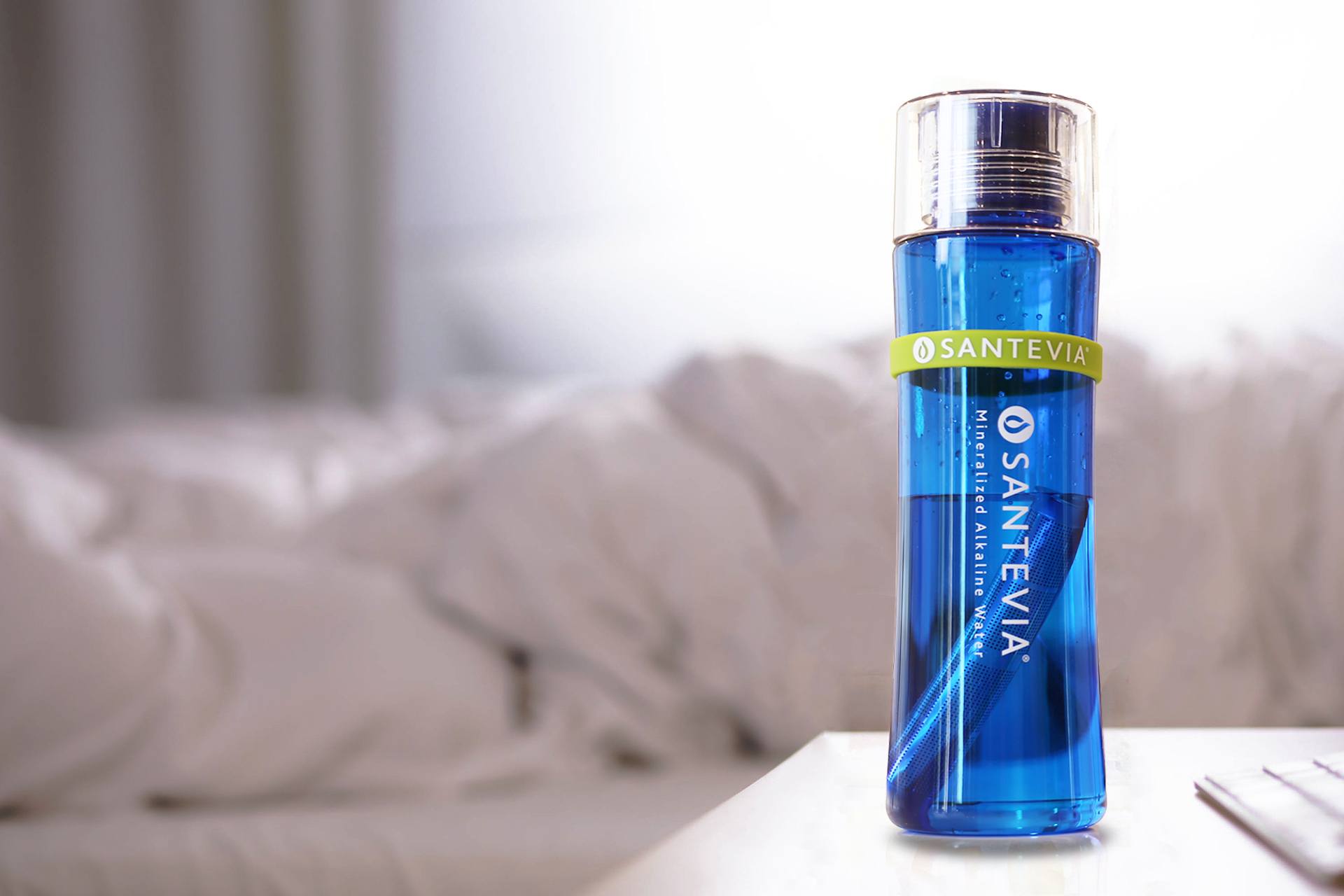 We’re into these Santevia water filters that make electrolyte-filled alkaline water designed to beat the most brutal of hangovers with the most minimal of effort. Keep the Power Stick and bottle by your bed to help with the dreaded midnight dry mouth and to significantly improve the taste of your water, so staying hydrated never feels like a chore.

For the following mornings when you’re feeling so dehydrated that you’re basically up for waterboarding yourself, you’ll need something bigger. Santevia’s got that covered too with a pitcher-style filter. It may look like a mere object, but after a night of revelry, it’ll basically be your soul mate. It’s beautiful, in a way.

Ever have one of those nights when you go out for ‘a quick drink” and then suddenly realize it’s 2 am and you need to be at the office in like four hours? You can’t regain your snoozing time in quantity, you can make up for it with quality. Getting those REM hours is so critical to not feeling like roadkill the next day, but prescription pills don’t mix with alcohol and sometimes chamomile tea just doesn’t cut it.

Fortunately, you still have options! We like Dr. King’s sleep aid, which is unique in that it’s a natural remedy designed to help you fall asleep and stay asleep. You can thank us in the morning when you roll into work at a somewhat acceptable hour, looking fresh as a damn daisy.

Your appetite can save you from yourself

There’s an art to shoving all the fast food you can into your mouth in a vain attempt to fight the poison slowly working its way through your body. But it turns out we’ve been doing it wrong for years: The key is to load up on hangover-friendly food before you start drinking, not after you finish.

According to WebMD, having food in your stomach while drinking reduces how high your peak blood-alcohol concentration (BAC) gets by about a third.

The fat also helps by coating the walls of your stomach, acting like a force field against the absorption of alcohol. Both the food and the fat help lower your blood alcohol concentration which means a less drunk you and a less nasty hangover.

This doesn’t prevent you from getting your usual 2 am cheeseburger, by the way. As an eternal internet meme based on a taco commercial wisely said:

Adulting sucks. But it doesn’t have to suck so hard. We got you.