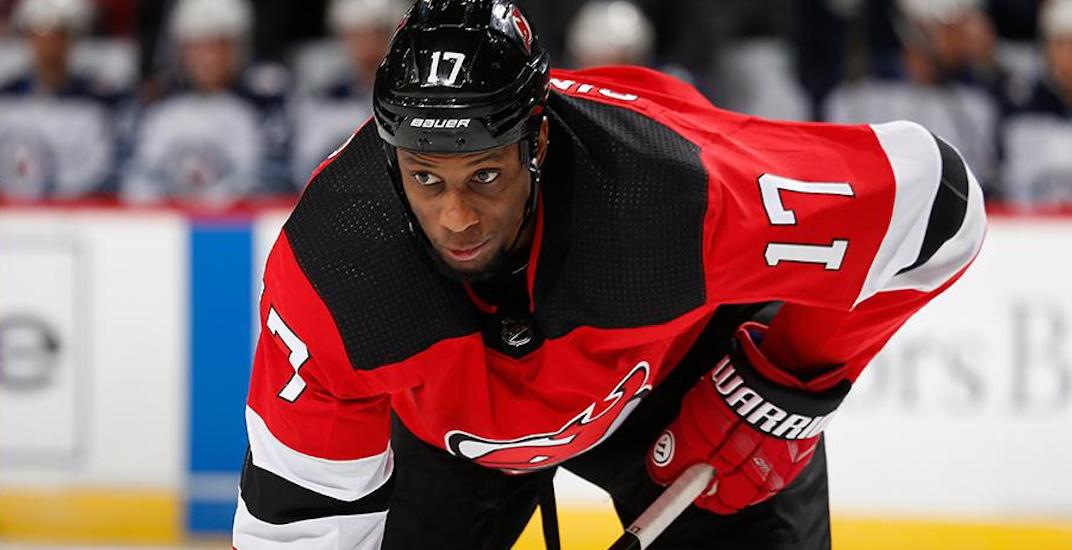 No player has been linked to the Vancouver Canucks ahead of Monday’s trade deadline more than New Jersey Devils left winger Wayne Simmonds.

NHL insiders Pierre LeBrun and Elliotte Friedman, of TSN and Sportsnet respectively, have mentioned Simmonds to Vancouver as a realistic possibility in recent days.

Friedman: "I do think the Canucks still would consider adding a Wayne Simmonds but that’s more difficult without a 2020 first- or second-rounder."

Simmonds has a limited no-trade clause but would not block a move to Vancouver, according to LeBrun.

LeBrun: “By the way, Simmons has an eight-team no-trade list but I’m told that Vancouver is clear of that. And as I reported recently, the Canucks were runners-up for Simmonds last July before he signed in New Jersey.” #canucks

Things change daily & hourly in trade talks but as of right now, the #Canucks still in mix with 2-3 other teams for Wayne Simmonds.

Would the Devils want names like Juolevi, Goldobin, Tryamkin or Rafferty?

If Simmonds gets pulled from tonight ’s game, you know deal is close.

But it appears the Canucks might not have room for Simmonds’ contract. LeBrun is now reporting that the Canucks haven’t been able to complete a deal because they can’t fit him under the salary cap.

Hearing the Canucks tried the last few days on Wayne Simmonds in NJ but couldn’t make it work cap-wise, perhaps because Brock Boeser could return before the end of the regular season. So as of now, the Simmonds option not as likely for Van…

The Canucks, of course, are getting cap relief in the form of long-term injury reserve for Brock Boeser, Micheal Ferland, and Josh Leivo. They have spent some of that money already by adding Tyler Toffoli and his accompanying $4.6 million cap hit.

Simmonds was once a reliable 30-goal scorer, who added toughness and could play the net-front on the power play. But the 31-year-old power forward has been a shadow of his former self this season, scoring just 23 points (7-16-23) in 59 games. Simmonds also struggled at the end of last season, notching just one goal and two assists in 17 games after a trade to the Nashville Predators.

In the last year of a one-year contract paying him $5 million, Simmonds would likely be a pure rental player for the Canucks as they attempt to qualify for the playoffs for the first time since 2015.