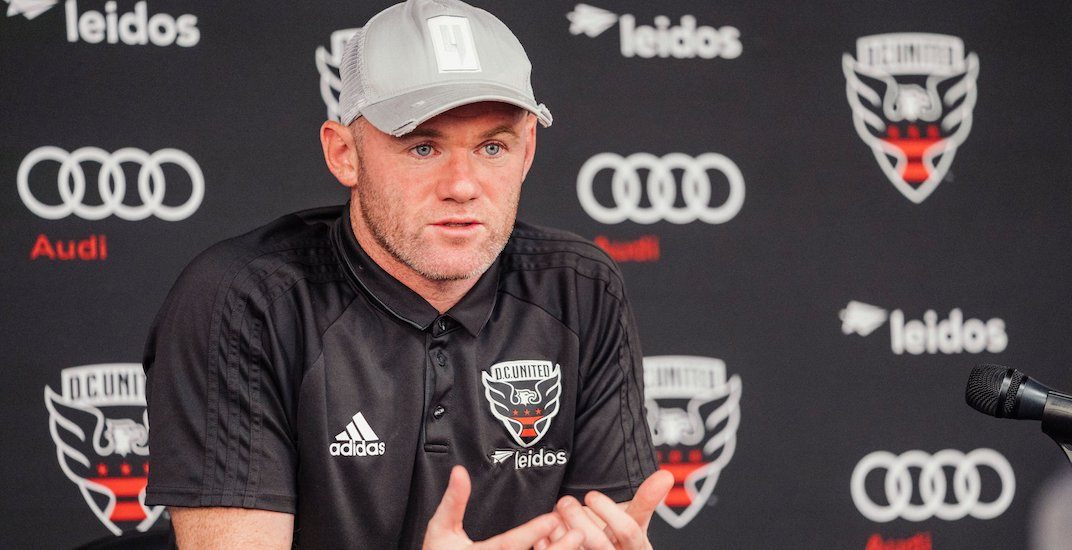 Wayne Rooney’s visit to Vancouver was a famous one, and not just for soccer fans on the west coast.

After his team lost to the Whitecaps on August 17, Rooney and some of his DC United teammates decided to explore Vancouver’s nightlife.

Rooney reportedly partied for seven hours post-match, making a stop in the VIP area at Twelve West nightclub on Granville Street before returning to the Hyatt Regency Hotel at 5:30 am.

We know this because the all-time leading goal-scorer in England and Manchester United history says he was followed by paparazzi the entire night. That led to a front page exposé in British tabloid newspaper The Sun, in which they published photos of Rooney and various Vancouver women.

Wayne Rooney pictured going into hotel with mystery woman at 5:30am https://t.co/Oe7aVDdolg pic.twitter.com/GK5GvXjLta

Rooney, 33, is married — so these were serious allegations.

The English football star fired back on Wednesday, posting a statement to Twitter to protest his innocence, saying the entire story was a “smear” against him.

“The Sun this week ran a front page story making it look like I took a girl back to my team hotel. They know that it’s not true and that I did not. They are using mine and my family’s name to sell papers,” said Rooney.

“Nothing happened between me and any girl on that night in Vancouver. I did not enter the lift alone with the girl pictured in the hotel foyer.

“The girl pictured in the club was simply one of the many who innocently asked for autographs and pictures.

“The photographs published by The Sun were taken by a freelance photographer who followed me and team mates to take long range shots, without our knowledge or permission.

“The pictures sold to the newspaper were selected and edited to create a sensational and completely untrue story about me.

“This whole story was a smear against me. It is damaging to my family and not something I am prepared to put up with.”