Although complaints were received, Stevenson spoke with the city, which said she didn’t have to remove the sign.

Since the drama of what some residents considered “offensive signage,” Stevenson has ensured that her company would turn the previous negativity into something positive.

“I wanted to have something positive to talk about in the interviews, instead of articles solely about a negative, unfortunate situation,” Stevenson said.

On June 15, WAX Bar Hair Removal walked in “Push For Your Tush” a fundraiser put on by Colon Cancer Canada and has been helping to raise money and awareness for colon cancer.

“We all agreed that the colon cancer charity fit well with the ‘cheeky’ fundraiser we wanted to put together and it was also a charity that doesn’t get the recognition and attention it deserves,” Stevenson said. 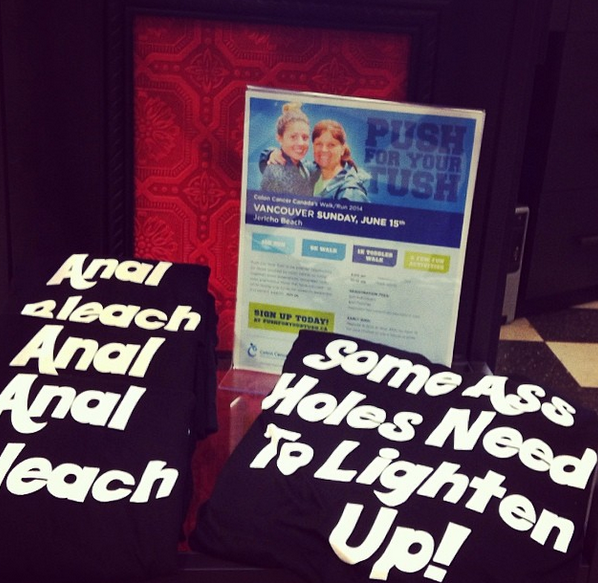 “I am extremely thankful for everybody who helped support this fundraiser and I am very pleased that we could turn such a negative situation into such an uplifting story.”