This morning, December 17, 2012, the Stanley Park seawall between 3rd Beach to Lions Gate Bridge has been temporarily closed due to waves & high winds as Vancouverites have been urged to exercise caution near the seawall. As you can see by the photos parts of the seawall have been submerged underwater. 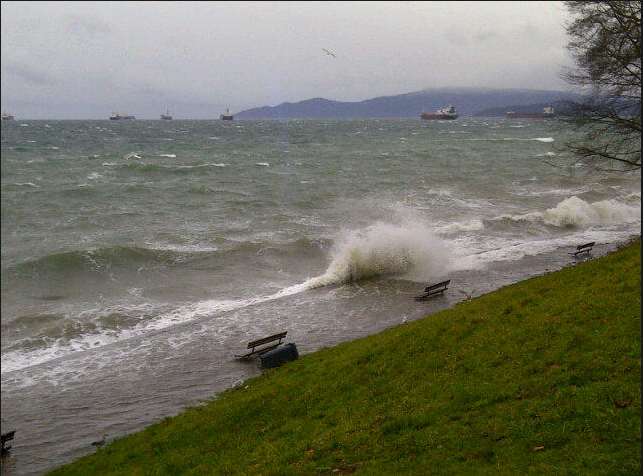 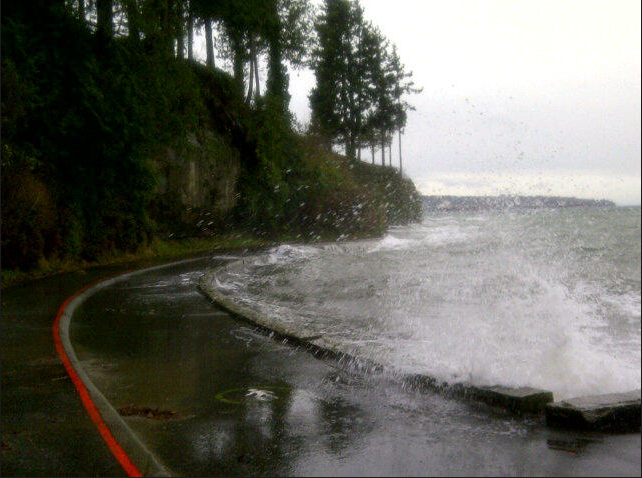 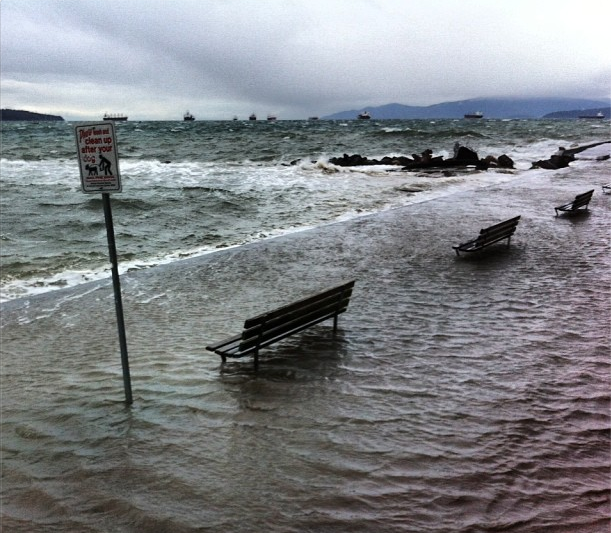 West Vancouver is also feeling the pressure. Photo by @Astra_PT

First 3 images via @DavidEbner  of the Globe and Mail