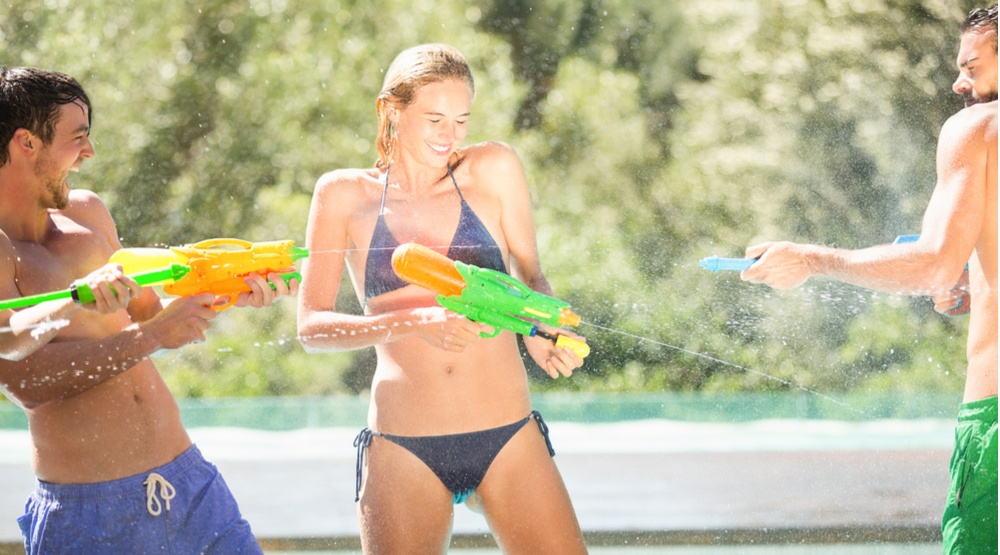 Flash Mob Vancouver puts on the massive event that sees hundreds of Vancouverites flood the waterpark at Lumberman’s Arch to have a water fight with total strangers.

At 1 pm, the sound of a horn blast will let participants know it has officially begun.