It’s the news no pet owner wants to hear, especially if you live in a condo or apartment: Your neighbour can hear your dog barking.

This just happened to me. As the owner of a young rescue pup struggling with separation anxiety, the news was upsetting, but not altogether surprising. He will occasionally bark or whine when we leave the house, but seems to settle down within a few minutes. Apparently I was wrong.

In search of a way to check up on my two dogs when we’re out of the house, I ran across the app Dog Monitor, downloadable for $3.99 through iTunes. It also just released a version for Mac devices. 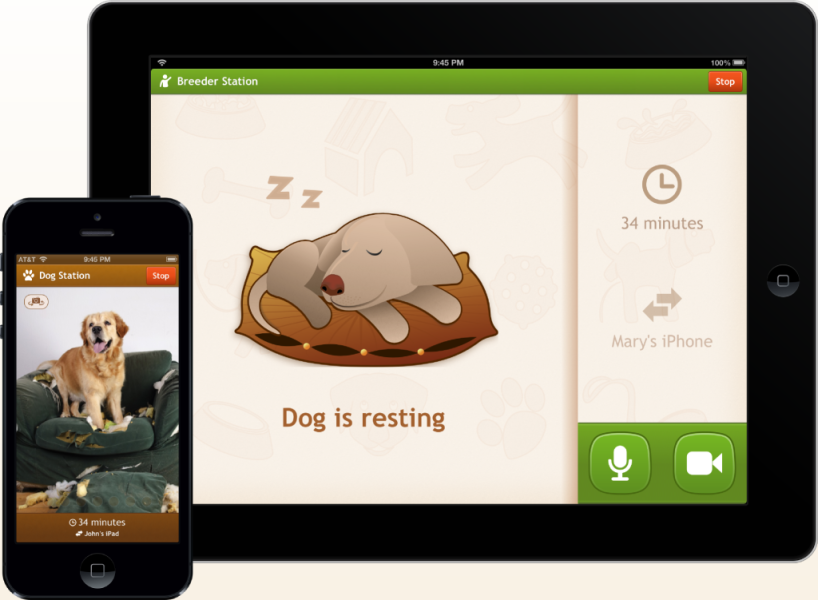 Unlike monitoring systems where you have to purchase a camera or other devices, you don’t need to purchase any additional equipment, provided you own an iPhone, plus an iPad or iPod touch.

One device, like the iPad or iPod, is set up to watch your pup at home, while the other one – likely your iPhone – is always with you. Set up takes about 30 seconds and is really easy. 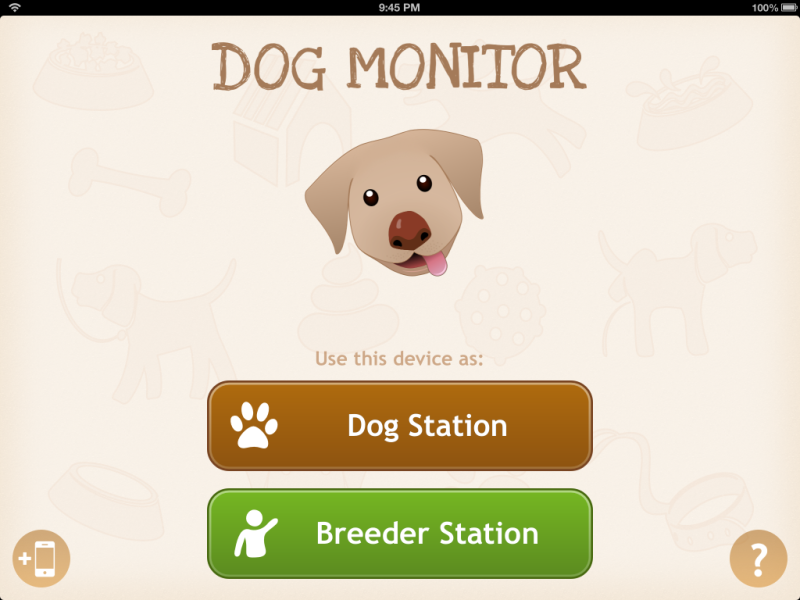 Your iPhone works as a ‘People Station’ that you can use to watch the ‘Dog Station’, the other device you’ve set up at home to act as a camera.

Once the devices are paired, you can start watching your pup through a live video feed via the ‘People Station.’  If you have more than one iPad or iPod at home you can set up several stations in the home (I put one in the bedroom and one in the living/dining room).  The devices will work once connected to WiFi or 3G/LTE. 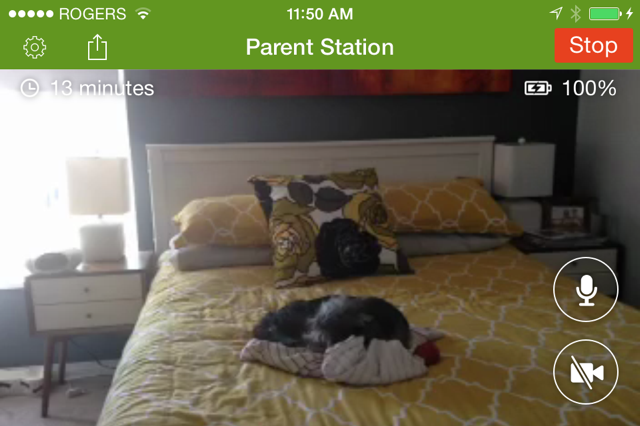 Pup snoozing on the bed, as seen through Parent Station.

The app has screens to tell you when your pet is snoozing, noting how long ago noise was heard, and an alert notification to let you know when your pup is barking, whining or scratching at the door.  One note here: The bright red “DOG IS NOISY” screen is a little alarmist.

Whether your dog is whining softly (not something your neighbours would complain about) or high-decibel screaming (a much bigger offense) the app doesn’t differentiate between the noises.  That said, you can listen to what’s going on through the microphone function. 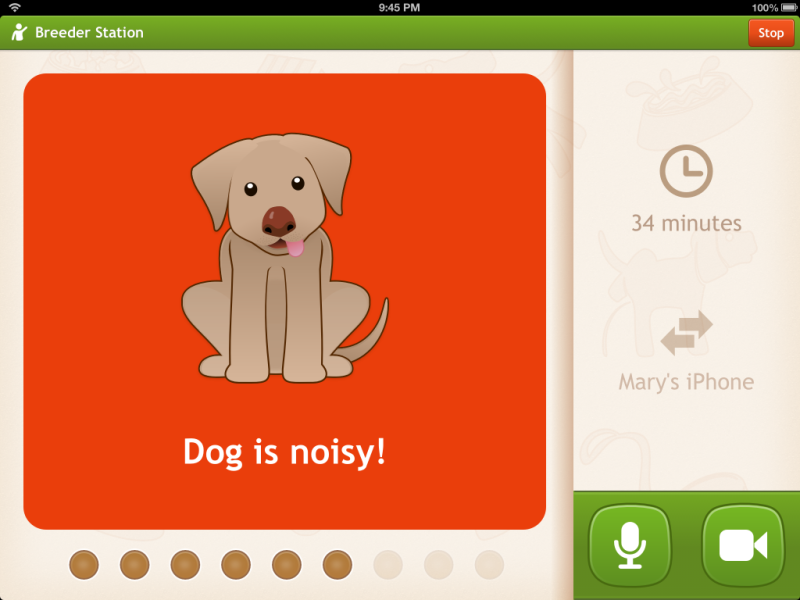 You can also speak to your dog through the Dog Monitor. Simply press the button and your voice will be broadcast through your home’s monitoring device. One snap of “Seymour!” through mine shook my dog out of his howling out the window. Very helpful. 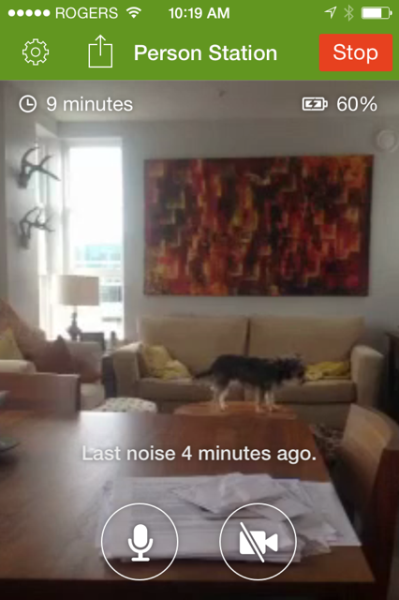 Photo proof of what trouble my rescue pup Seymour is getting into.

Within a few hours of using Dog Monitor my husband and I were able to determine that our rescue dog loved standing on our coffee table and barking at people he could see in our building’s courtyard. That prompted us to lower our curtains, and stop the barking that was annoying our neighbours.

The app makers say they’ve helped hundreds of pet owners manage their dog’s separation anxiety, barking and whining without having to call a dog trainer.  It also helps ease the anxiety pet parents have when leaving their new puppies at home.