Every year, beginning in late April and continuing through the end of May, dedicated stargazers are treated to sight unlike any other – the Eta Aquarids meteor shower.

The lightshow is made up of comet particles that separated from Halley’s Comet hundreds of years ago, moving at more than 60 kilometres per second and burning up in Earth’s atmosphere.

“Come prepared with a sleeping bag, blanket or lawn chair. Lie flat on your back with your feet facing east and look up, taking in as much of the sky as possible,” NASA writes on its website. “After about 30 minutes in the dark, your eyes will adapt and you will begin to see meteors.”

Where to watch the Eta Aquarid Meteor Shower

Some parts of North America will have better views of the meteor shower than others and luckily, the majority of B.C. is in good position to experience the show, according to AccuWeather. 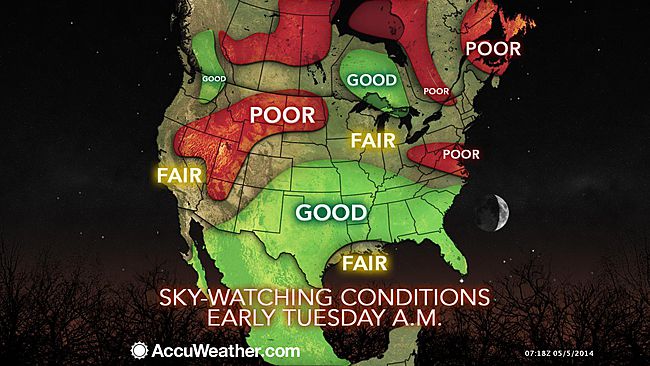 Getting away from the bright lights of the city is highly recommended for optimal stargazing so, with that in mind, here are some recommended locations around Vancouver to set your eyes on the skies.

4. Porteau Cove (about 45 minutes from downtown)

For those unwilling to spend the night outdoors, NASA is offering a live stream of the meteor shower that’s available from the convenience of your own home.