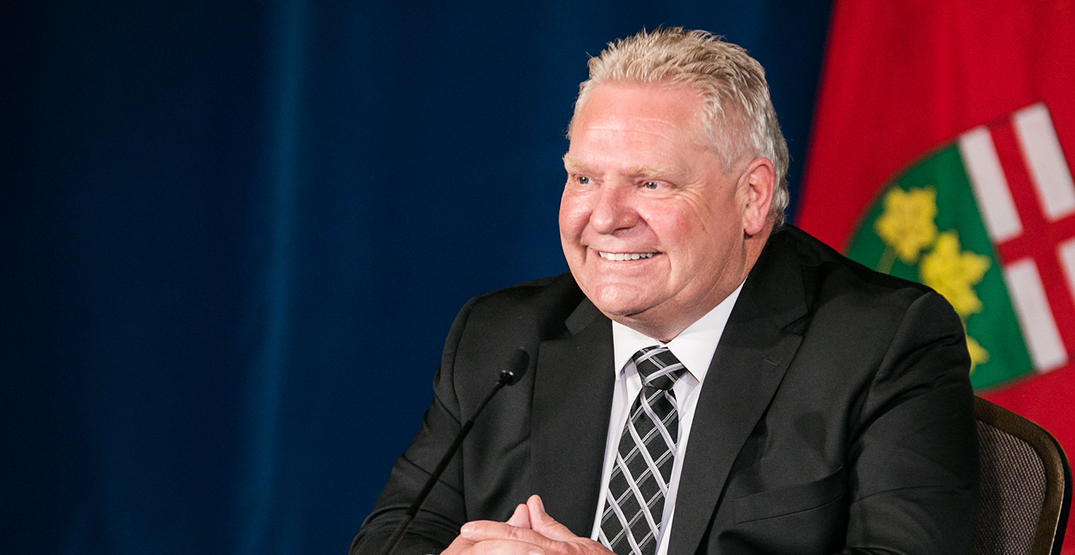 The most-read article on The Washington Post‘s website right now is an opinion piece calling on Ontario Premier Doug Ford to resign.

Canadian political writer David Moscrop penned the column that was published Sunday. By Monday, it was at the very top of the American newspaper’s list of most popular stories. 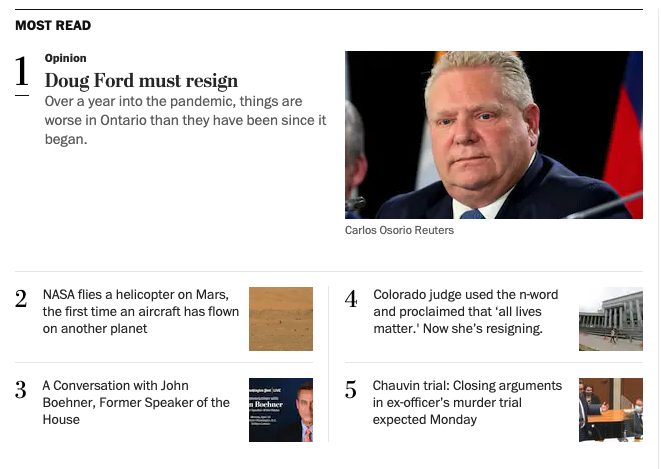 The measures were widely criticized for doing little to prevent new infections while making people’s lives harder. At the same time, Ford failed to announce provincial paid sick days or the closing of any manufacturing facilities in Ontario that are currently deemed essential.

Ford was “intimating that a seesaw is a greater threat than a fulfillment center — or, at least, that outdoor recreation and the physical and mental health that comes with it are less important than moving goods,” Moscrop wrote.

Ford later backtracked on some of his measures over the weekend. He decided to let children’s park playgrounds stay open. After several police forces said they wouldn’t be randomly stopping people, that measure was rolled back too.

Moscrop’s piece in the Washington Post then analyzed Ford’s handling of the pandemic prior to Friday’s news conference and ultimately called for the premier to resign.

The piece appears to have struck a nerve with the paper’s Canadian audience, with more people reading it than articles on an Austin shooting, Derek Chauvin’s murder trial, or NASA’s Mars helicopter.