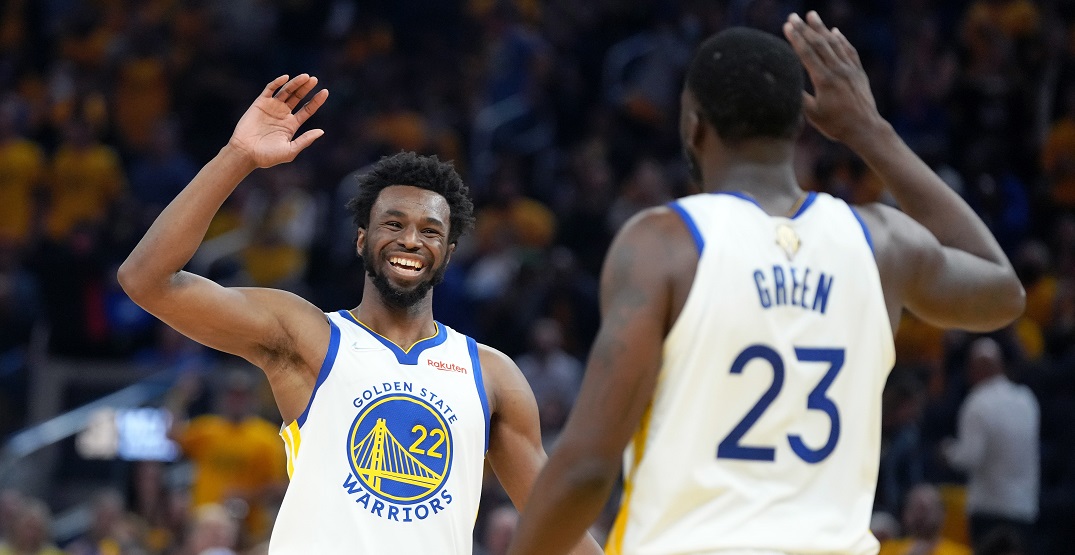 In Game 5 of the NBA Finals on Monday night, Wiggins dropped 26 points and 13 rebounds en route to a 3-2 series lead over the Boston Celtics.

But his night wasn’t just good, it was historic: Wiggins broke a record for most points by a Canadian player in an NBA Finals game, a record previously held by then-Miami Heat player Kelly Olynyk with 24 back in 2020.

The Toronto native Wiggins hasn’t exactly had the career path expected when he was drafted first overall by the Cleveland Cavaliers back in 2014 out of Kansas. He was part of a three-team trade just two months after being drafted in exchange for Minnesota’s Kevin Love, and would spend the next six years with the Timberwolves.

Wiggins played in just five playoff games for the struggling Timberwolves, and never quite found his mojo as an NBA star.

In February 2020, Wiggins was sent to Golden State in a trade package centered around D’Angelo Russell, and the rest is history.

Wiggins earned his first All-Star nomination this season, and has proven to consistently be a crucial player for Golden State throughout their playoff run. Averaging 16.4 points per game throughout the playoffs, Wiggins has found a role that perfectly suits his long-vaunted athletic abilities.

"It's the opportunity of a lifetime."

This answer from Andrew Wiggins on potentially winning a championship is so pure ❤️ pic.twitter.com/blySjlj0Fc

The Warriors have a chance to close out the series on Thursday night when they travel back to back to Boston for Game 6.

“It’s the opportunity of a lifetime,” Wiggins told ESPN postgame about the possibility of winning his first NBA title. “I work hard for it, the whole team works hard for it. So I’m excited.”