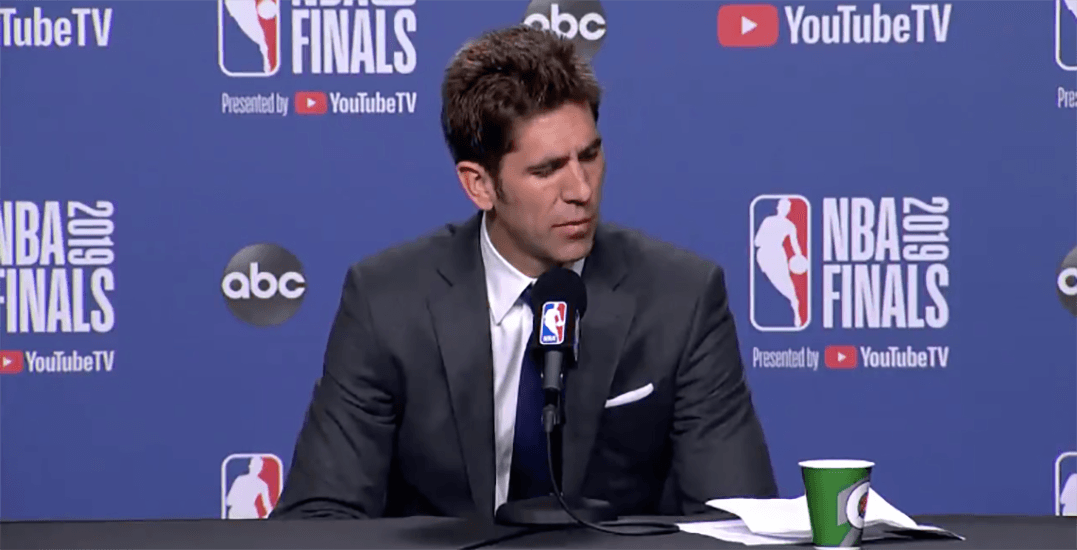 Following a 106-105 win by the Warriors over the Toronto Raptors, most of the talk after Game 5 of the NBA Finals surrounded Golden State’s injured superstar.

Kevin Durant played a total of 12 minutes before appearing to re-aggravate a right leg injury.

Myers was visibly upset and broke into tears while discussing Durant’s injury and the choice to play him in Game 5.

It was also said that prior to his return, Durant spent four weeks with the medical team, involving multiple MRIs and multiple doctors.

“We felt good about the process,” he told reporters. “He was cleared to play tonight. That was a collaborative decision.”

“I don’t believe that there’s anybody to blame, but… if you have to, you can blame me.”

Myers also addressed the people that questioned Durant’s commitment to the Warriors and his willingness to make a return during playoffs.

“Kevin Durant loved to play basketball,” he says. “The people that questioned whether he wanted to get back to this team were wrong.”

It was also confirmed that more information would become available following Durant’s MRI, which takes place on Tuesday.

“It’s an Achilles injury. … He’ll have an MRI tomorrow.”

Bob Myers holds back tears as he explains the magnitude of Kevin Durant’s injury. pic.twitter.com/glQ6j5hATe

The Toronto Raptors and the Golden State Warriors next play on Thursday at Oracle Arena (9 pm ET / 6 pm PT).