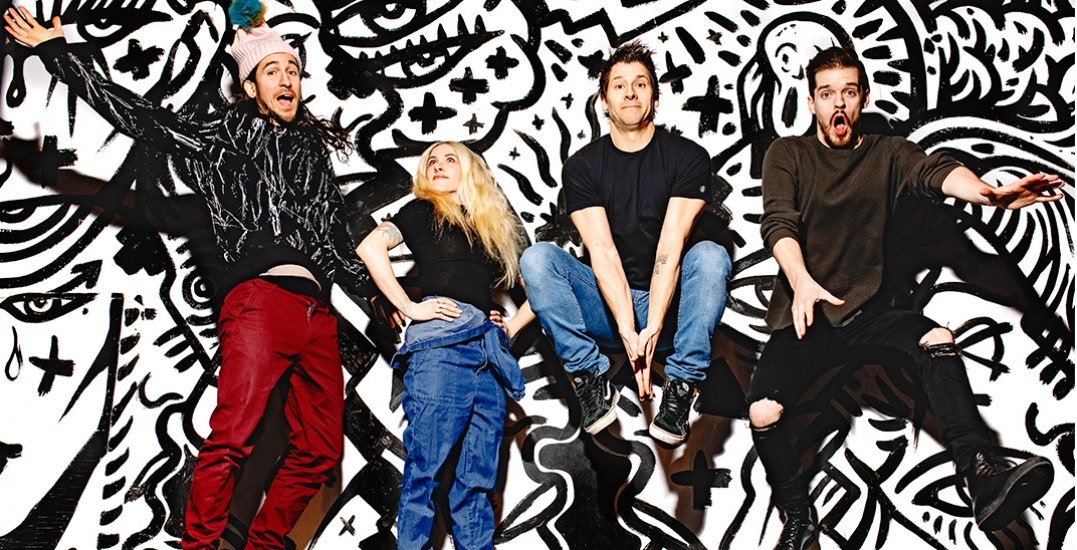 Juno Award-winning, multi-platinum group, Walk Off the Earth, is coming to Vancouver next month during their world tour.

The Burlington-based musical phenomenon is currently taking the world by storm and they will be taking to the stage at the Orpheum on Saturday, August 3.

Their five-people-playing-one-guitar interpretation of Gotye’s “Somebody That I Used To Know” exploded on YouTube, garnering more than 180 million views. Since then, the group has gone on to release their own original songs, “Red Hands” (#1 at AAA), “Fire In My Soul,” and “Rule The World.”

Walk Off the Earth has already sold out venues around the world, not to mention collaborating with artists including Snoop Dogg, Steve Aoki, and Keith Urban.

The band won a Streamy Award for Best Cover Song with their interpretation of Maroon Five’s “Girls Like You” in 2018, and they also released a holiday EP, “Subscribe to the Holidays,'” which was the number one independent release in Canada for the last week of November.

In late 2018, the band faced a major and unexpected loss with the sudden death of band member Mike “Beard Guy” Taylor. Mike’s incredible ability behind the keys gave the band a sturdy foundation to soar and create. In the wake of Mike’s passing, and with much difficult consideration, the band decided to move forward and use the opportunity to honour and share the extraordinary legacy Mike left behind.

Tickets to Walk Off the Earth’s Vancouver concert start at $39.75 and are available via Ticketmaster.

Walk Off the Earth Vancouver Concert 2019

Where: The Orpheum — 601 Smithe Street