One of World War II’s most famous photos was taken right here in Metro Vancouver.

“Wait For Me Daddy,” photographed by Claude P. Dettloff on October 1, 1940, shows a long line of soldiers marching down 8th Street at the intersection of Columbia Avenue in New Westminster.

The BC Regiment was leaving for further training in Nanaimo, before being eventually sent to the front lines in France and the Netherlands. As they march, 5-year-old Warren Bernard tugs away from his mother’s hand to reach out for his father, Private Jack Bernard.

Jack Bernard returned home safely at the end of the war, but he and his wife Bernice Bernard eventually divorced. During that time, the photo was used extensively for war-bonds fundraising campaigns and it was also featured on Life magazine.

The City of New Westminster plans to unveil a statue next year commemorating the famous photograph. It will then re-enact the soldiers’ march in 2015 to mark the 70th anniversary of the end of World War II. 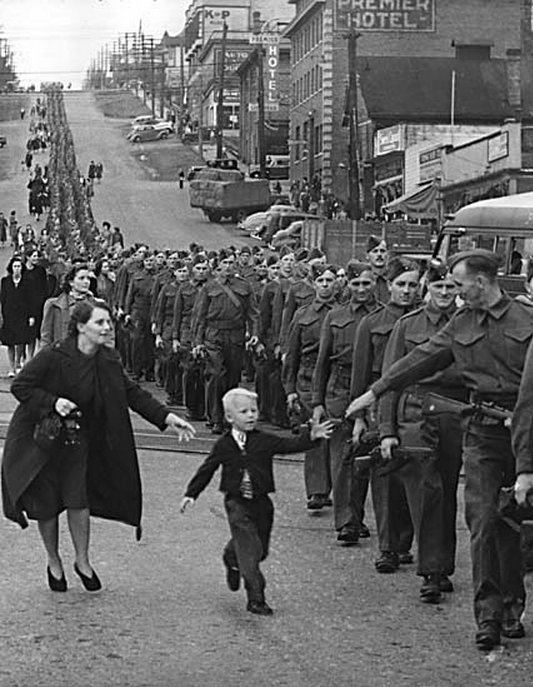