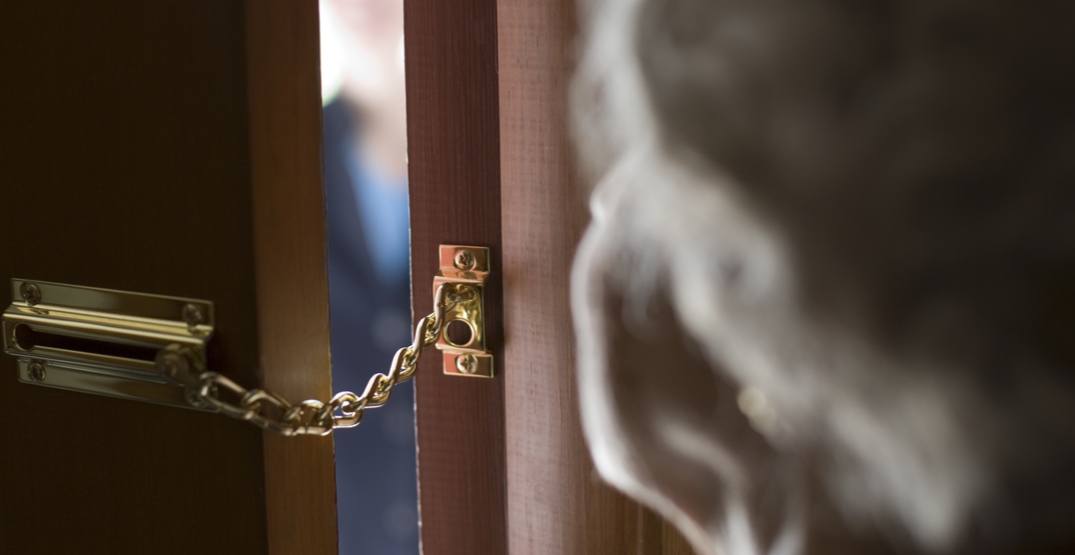 Vancouver police are cautioning elderly residents to be wary of a “friendly and persuasive man” who’s been talking his way into homes throughout the city, then making off with cash and valuables.

According to police, detectives are investigating multiple reports of the man, who knocks on doors and approaches seniors in their yards, strikes up a conversation, then steals from them once their guard is down.

“This thief is smooth and conniving, and he’s been preying on the good nature of Vancouver seniors,” said VPD Const. Steve Addison. “We’re working hard to solve these crimes, and we’re asking residents to be extra vigilant until we do.”

In total, police are investigating 12 incidents that have occurred since late July, with the most recent one occurring this week, on Tuesday morning, near Nanaimo Street in the city’s Grandview-Woodlands area. Other incidents have occurred throughout the city, and police investigators believe the suspect may be moving throughout the Lower Mainland.

Police said that typically, the man will approach seniors in their yards or at their front doors and “uses a ruse to talk his way inside.”

In some cases he has claimed to be a neighbour locked out of his residence and needs to use the phone. In others, he’s posed as a canvasser for local charities. Once inside, he waits until his victims are distracted, then pockets cash or other valuable items.

“In most cases the victims don’t even realize they’ve been scammed until much later,” said Addison. “Unfortunately, by that time, the suspect is long gone.”

The suspect has been described as a friendly and well-groomed white man in his 40s. He has a medium build and stands about 5’11” with brown hair.

Police said anyone who sees this man should call 9-1-1 immediately so officers can investigate.