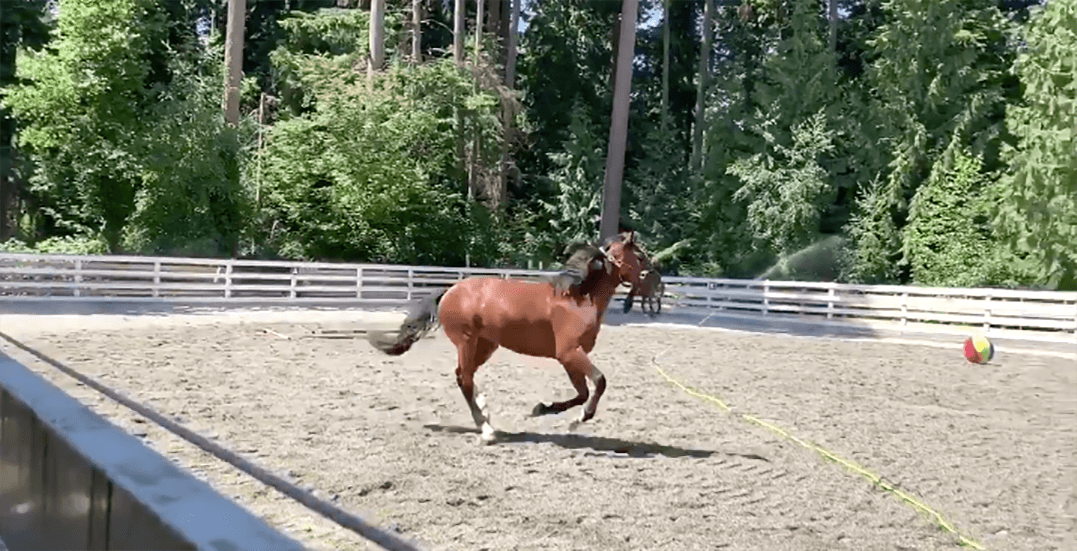 The Vancouver Police Department (VPD) has introduced its newest wave of recruits to the public.

They’re siblings… they’re adorable… and they really like to horse around.

Oh, and they’re on four legs.

Jarvis, Jedi, and Josiah, currently dubbed by the VPD as the “J-Team,” are the newest members of the VPD Mounted Unit.

After being introduced to some of the VPD’s officers, videos were uploaded of the team horsing around on social media.

We’d like to introduce our three newest (& tallest) four-legged #Recruits!

These handsome boys haven’t received their official police names yet, but we’ll keep you posted when they do. For now they’re known as Jarvis, Jedi, & Josiah. Follow their adventures @VPDHorses! #VPD pic.twitter.com/8B4SxD6oOe

Sigh…siblings. There’s always one that works at annoying the others, one that tries to just get along, & one that is responsible.😂

Thx to the awesome team @vpdhorses for introducing them to everyone today! #VPD pic.twitter.com/tBTQU9oOKz

Jarvis, Jedi, and Josiah, are all three-years-old and they’re all thoroughbred Percheron crosses.

They were received from a facility in the Southern United States that raises and trains horses to be police units.

They don’t have formal police names yet but Sgt. Susan Sharp says names will be given once more is learned about their personality and behaviour.

And looking at these videos, how can you not be a fan of them?