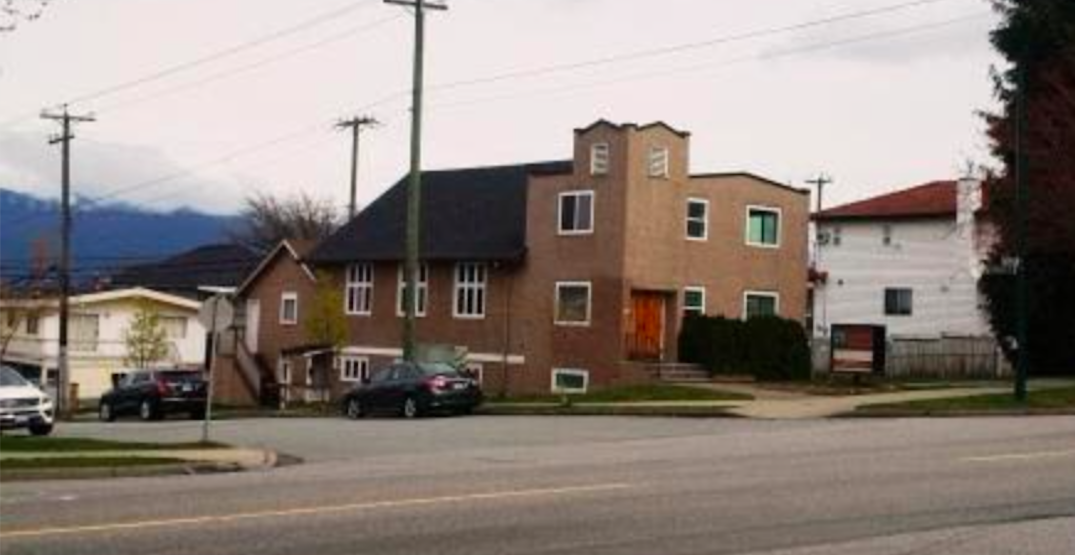 The doors of this church were locked from the outside, while the congregation was inside.(Vancouver Police)

Vancouver Police (VPD) are investigating and looking for witnesses after what they call a “suspicious incident” at a church in East Vancouver recently.

The incident took place just before 7 pm on April 5, as parishioners were gathered inside the Standard Holiness Church, located at 3101 East 22nd Avenue.

Members of the congregation reported hearing a noise at the door, but initially didn’t think anything of it.

However, when they went to open the door, they realized it had been locked from the outside, and they were unable to get out.

In the end, parishioners were ultimately able to still leave the church through a side exit.

Now, the VPD are looking for further information regarding suspects or a motive in this case, said Const. Jason Robillard.

Anyone who may have seen anything suspicious at or near the church, or who has information regarding this incident is asked to contact the VPD at 604-717-0510.

Those who wish to remain anonymous, can contact Crime Stoppers at 1-800-222-8477, or leave a tip online at solvecrime.ca.