What do San Diego, Austin, Montreal, and Wellington have in common? They have all been eliminated over the past few weeks by Vancouver in Event Alley’s Destination Domination – the competition to determine the world’s most popular event destination for 2014.

In this final round, Vancouver will face off against Boston and a victory could act as a small step towards redeeming ourselves for a certain sports game loss on June 15, 2011.

The poll below is open until Wednesday, April 9 at 8 a.m. PST, so vote now and help Vancouver capture the championship title. 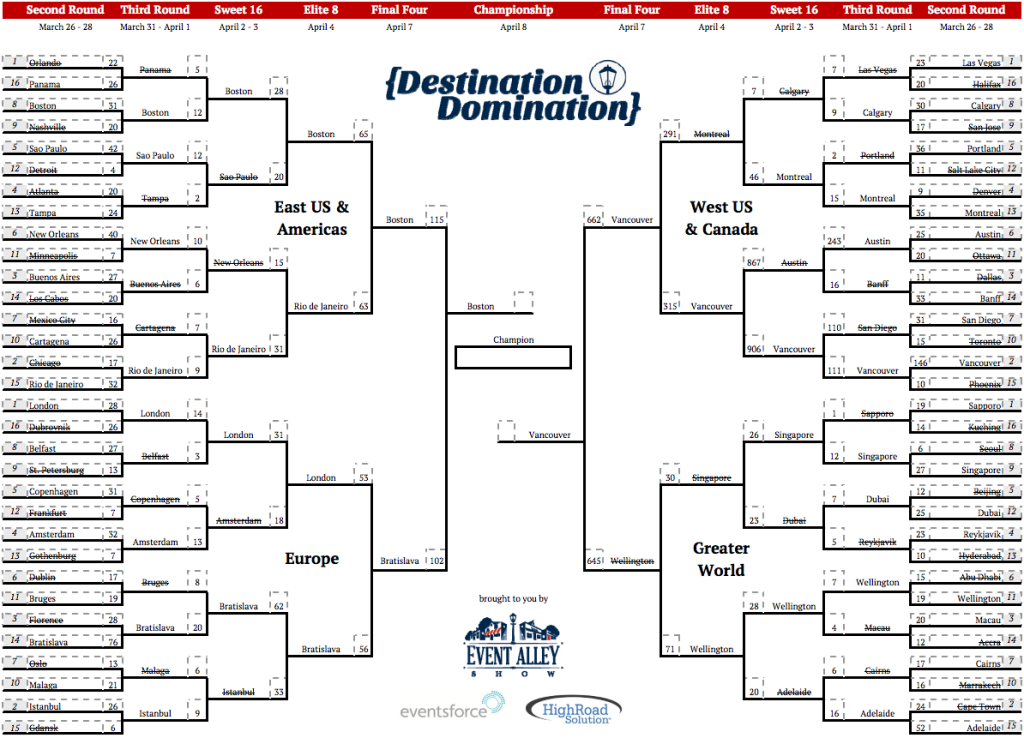