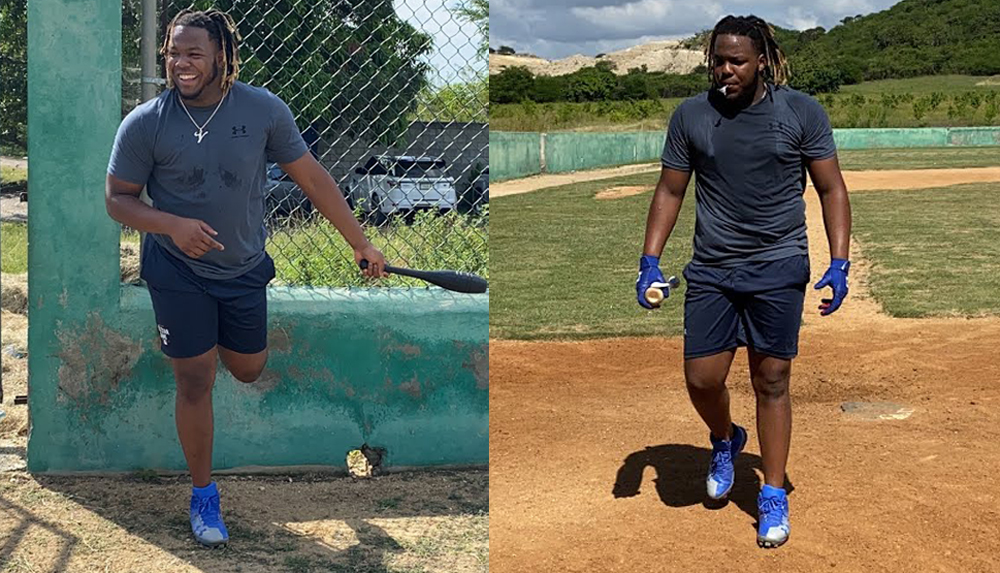 Vladimir Guerrero Jr.’s rookie campaign was a whirlwind for the 20-year-old. He arrived in the big leagues riding a tsunami of hype, only to fall short of expectations during his MLB debut.

While the Blue Jays tiptoed around the subject of Vladdy’s conditioning for most of the season, general manager Ross Atkins made his intentions very clear to during his end-of-season presser: “He knows he has to come in in overall better condition,” Atkins told reporters.

Guerrero’s conditioning will be under the microscope all offseason long, which will culminate with his official arrival at spring training camp 2020. It looks like Guerrero is well on his way to meeting that goal.

Vladdy is hard at work in these workout videos posted by the Team Guerrero YouTube channel. Dare we say, he’s looking more svelte than last year?

He’s training at his home base in the Dominican Republic, demolishing baseballs over the fence … just like any other ballpark.

In September, there was a bit of a controversy when Guerrero told Sportsnet’s Arash Madani that he “didn’t lift weights” in the offseason. Vladdy later clarified his comments, noting that he doesn’t focus on weightlifting when training at home in the Dominican Republic.

While he may not be in the gym pumping iron, Guerrero’s doing some intense exercises in this regimen.

Earlier this month, Lourdes Gurriel Jr. posted a video of Guerrero working out at the team’s facility in Dunedin, along with Rowdy Tellez.

Vlad Jr.'s been putting in work. 💪

Blue Jays president Mark Shapiro echoed what others noticed about Guerrero already; that he’s working hard to report to camp in better shape than last year. “He’s getting after it, couldn’t be pushing himself any harder,” Shapiro told Sportsnet 590 The Fan.