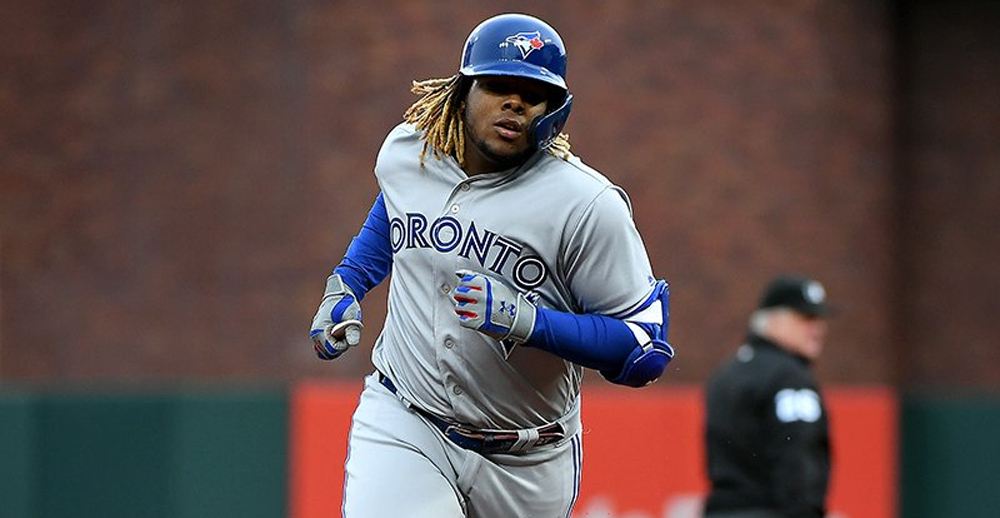 It took 14 games and 48 at bats, but Vladimir Guerrero Jr. finally connected for his first career MLB home run.

And then he hit another.

All is right in the universe again Blue Jays fans, everyone can go back to their regularly scheduled lives.

Vladdy wasted no time at all, hitting this monster home run to dead centre field at Oracle Park in San Francisco. The distance on the home run was measured at 438 feet and the speed of the bat was 111.3 miles per hour.

You'll never forget where you were for this one!#LetsGoBlueJays pic.twitter.com/ZeuDRgHXi2

Only 32 homer runs total have been hit at Oracle Park this season and Guerrero now owns one of them. In fact, his home run was the second-furthest of the 2019 season, second only to Gary Sanchez 467 foot home run on April 27th.

According to Sportsnet, Guerrero becomes the youngest Blue Jays player ever to hit a home run in the big leagues at 20 years and 59 days old.

It seemed like it would only be a matter of time before Guerrero displayed that light tower power in his bat. The truth is he was barely getting any hittable pitches, which changed once Blue Jays manager Charlie Montoyo moved Vladdy up in the lineup to hit second.

Since then, Guerrero’s seen a steady diet of pitches in the strike zone. He didn’t make a mistake when the Giants’ Nick Vincent tried to sneak a 90 mile per hour fastball by the Blue Jays third baseman.

Then for good measure, Guerrero went deep for a second time in the game.