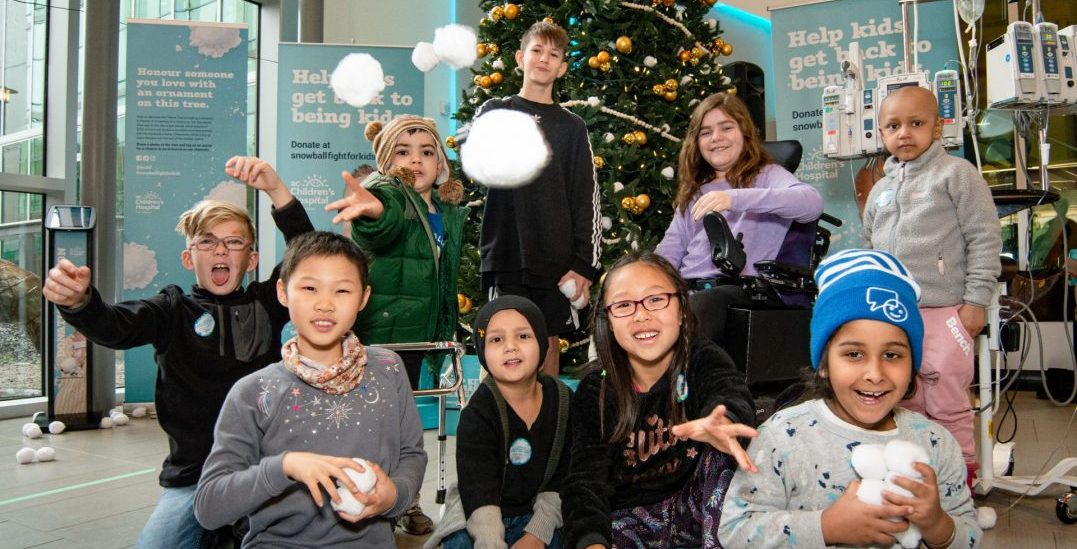 If you saw children happily throwing snowballs at BC Children’s Hospital on November 19 this year, you might have thought you were watching a regular snowball fight.

And that’s exactly what the BC Children’s Hospital Foundation was trying to achieve — to let sick kids just be kids, at least for an afternoon.

In reality, each kid was actually throwing snowballs at BC Children’s Hospital doctors who are helping them cope with things most of us could never imagine, like chemotherapy or multiple surgeries.

The annual Snowball Fight for Kids is part of a campaign to raise money for the hospital. Anyone can participate by making an online donation — each symbolizing a “virtual” snowball — from now through January 6. 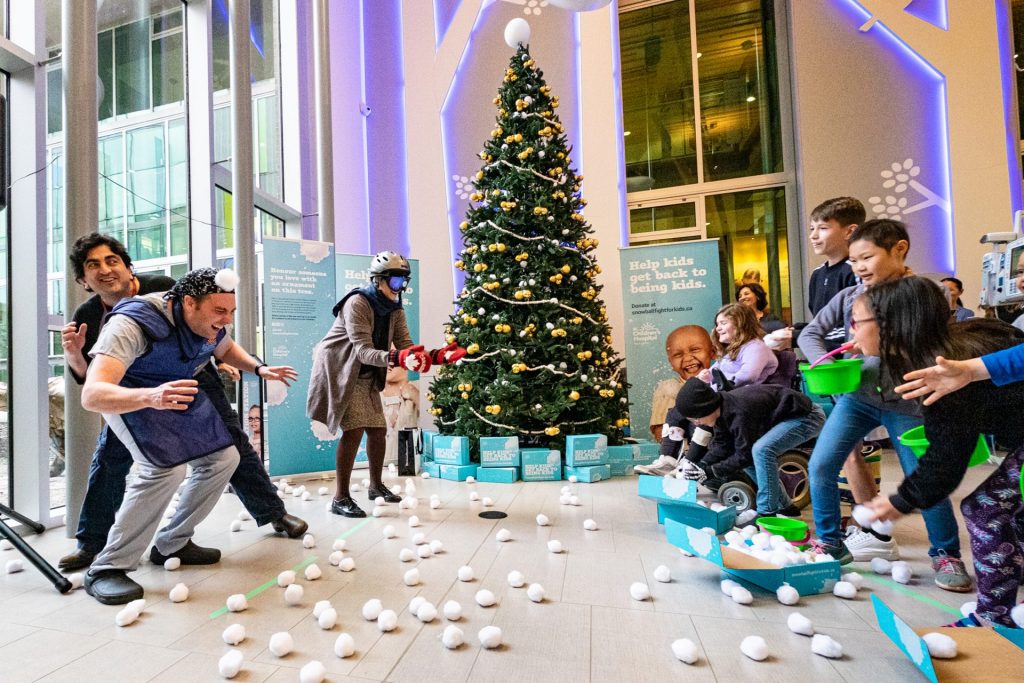 Funds raised from the annual Snowball Fight for Kids will help youth who just want to get better and get back to their favourite holiday activities. Here are some of the stories of children you can help. 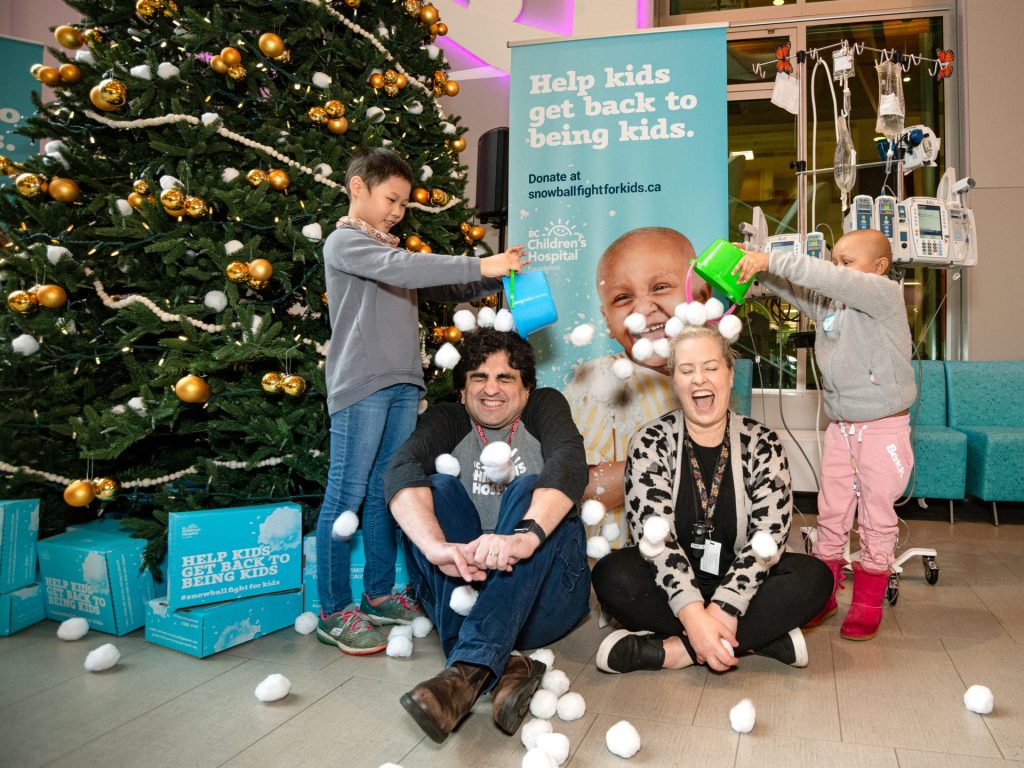 Evelyn is eight years old and was diagnosed with acute lymphoblastic leukemia (ALL), a cancer of lymphoid line blood cells, in March 2019. She’s currently in active treatment and has spent 30 days in the hospital to date, with 60 appointments in the last six months. She’s undergone chemotherapy and over 100 rounds of needles for her chemotherapy treatment and blood work. Evelyn stays at the hospital for four days every two weeks. 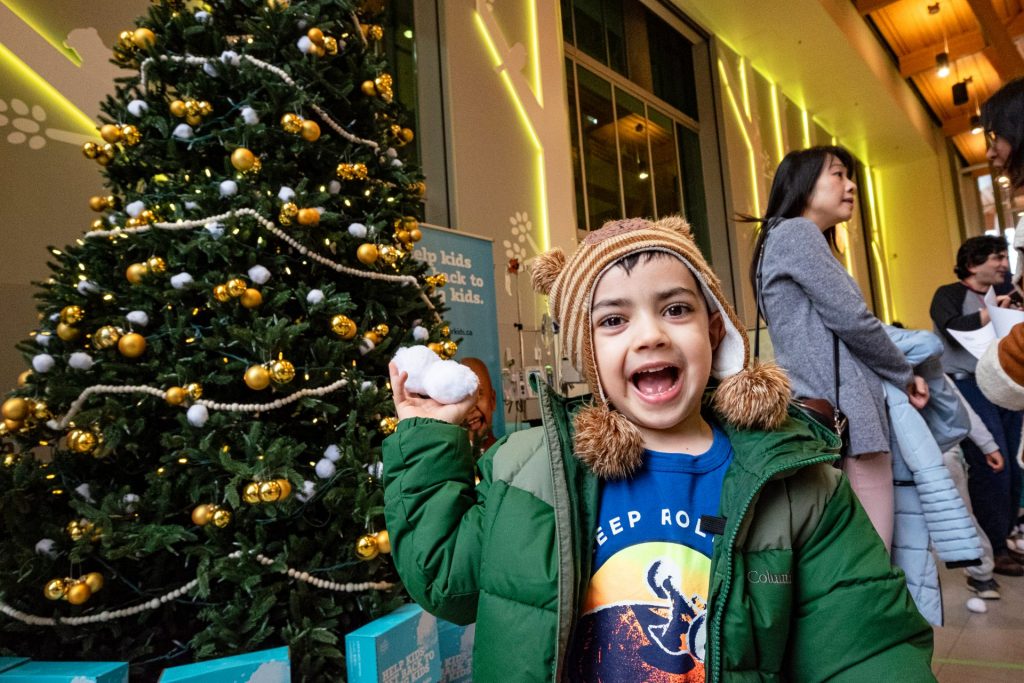 Konnor is five years old and currently lives in Victoria. He is being treated by oncology and ophthalmology experts at BC Children’s. He was diagnosed with retinoblastoma at just seven weeks old and a gene mutation called mosaic RB. He’s undergone 50 appointments with a vast number of specialists and has been put under anesthesia 40 times. He has one prosthetic eye and has to frequently undergo multiple trips on the ferry from Victoria to the Lower Mainland to receive treatment. 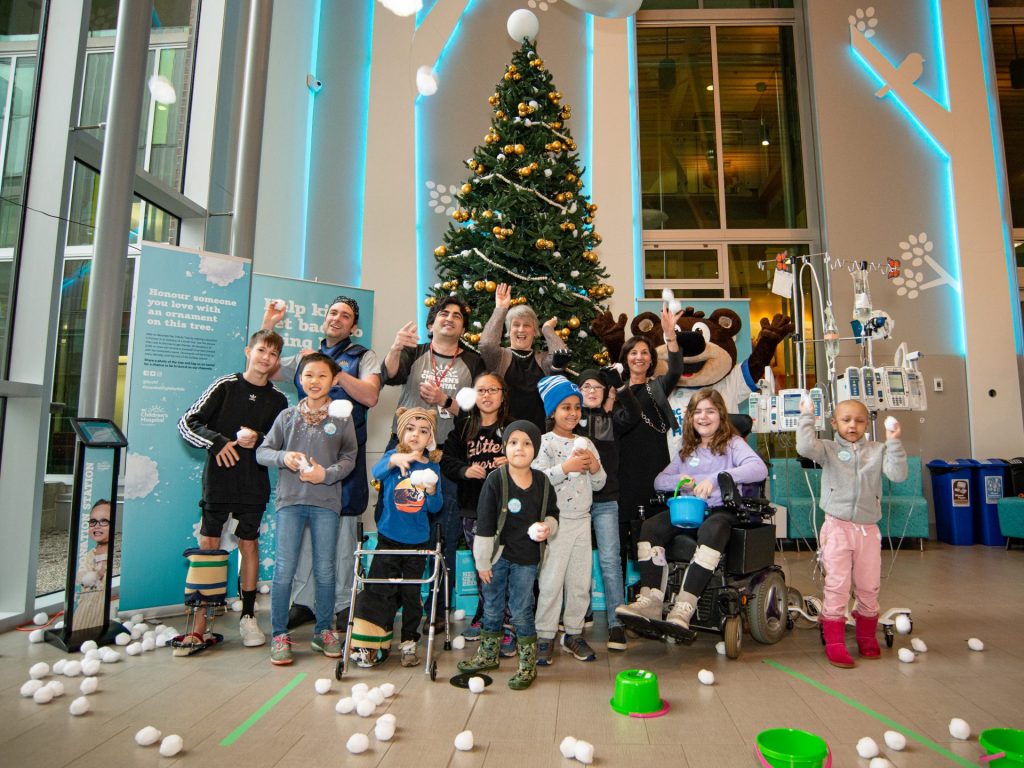 Jay is twelve and was diagnosed with Acute Myeloid Leukemia (AML) in early 2018. He has been undergoing treatment at BC Children’s for the past nine months, and has had to undergo 30 appointments and six rounds of chemotherapy.

While the holidays for most kids is a happy and joyous time, Teri Nicholas, president and CEO of BC Children’s Hospital Foundation, explains how hard it is for those kids who are unwell.

“The holidays represent a season of hope, but for many kids, their holidays are spent at the hospital. It’s for them that we’ve launched Snowball Fight for Kids, which was inspired by our goal to help kids get back to being kids.”

Every year, 93,000 children are hospitalized at BC Children’s Hospital. Over the 2019-20 holiday period, the Snowball Fight for Kids campaign has a goal of reaching 30,000 virtual snowballs. Your donation will help fund life-saving equipment, research, and the best care possible for kids who need it most, across BC.

The BC Children’s Hospital is the only hospital in BC devoted solely to children. One million kids rely on the facility for its acute care, research, rehabilitation, and mental health services.

The ultimate goal of the Foundation is to help kids get back to being kids by supporting efforts to provide specialized care designed for the unique needs of kids, conquering childhood diseases, and preventing illness and injury.

To throw your own (virtual) snowball for a good cause, and to find out about more ways you can give back to the BC Children’s Hospital Foundation, check out the campaign online.