Released in 1964, a City of Vancouver-made film “To Build a Better City,” explores the effects of blighted neighbourhoods on an otherwise thriving metropolis, and explains how officials addressed the housing crisis of the era.

Crumbling homes rotted in the shadow of swank new high rises, but these communities were still occupied, creating hazards spanning the realms of economics and safety.

Bringing together civic and provincial government and using a grant from the Central Mortgage and Housing Corporation, city planners probed the problem of turn of the century homes that had fallen into disrepair. Their efforts focused on Strathcona, the city’s oldest neighbourhood, and consequently its most dilapidated, filled with overcrowded homes with insufficient water supplies, tuberculosis, and other public health concerns.

Spoiler alert: Their solution was a 20-year, $75-million redevelopment plan that kicked off with the Maclean Park and Skeena Terrace housing projects. 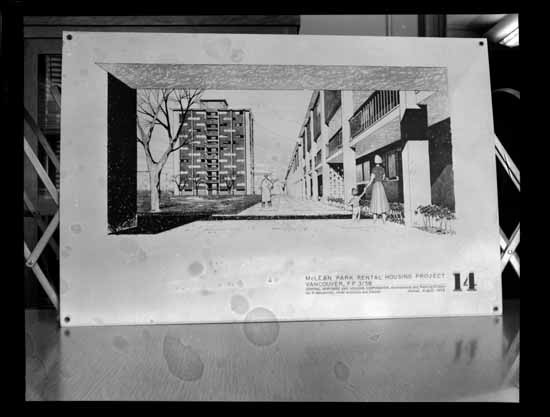 50 years later, it’s not so much “ramshackle wooden tenements” that plague Vancouver, but housing remains a hot button issue, particularly as a civic election looms. The city’s vacant homes have drawn the interest of activist bloggers and mayoral hopefuls, each with ideas to eradicate the problem of unoccupied space in the wake of a city-wide lack of affordable and/or social housing.